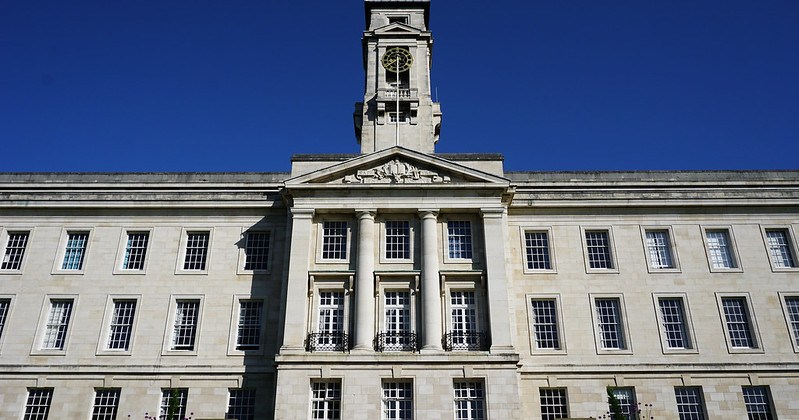 The Trent Building, located on the University of Nottingham's University Park Campus.
0 October 9, 2020 20:06 by Lauren McGaun

Over 100 staff members from across the University of Nottingham have signed an open letter addressed to Vice-Chancellor Shearer West, over their “deep concern” with a recent call for paid staff to volunteer as virtual Contact Centre Advisors and support workers in halls.

The letter accuses the University administration of “staffing the university pandemic response with an ad-hoc call for volunteers”, calling it “inadequate” and a “failure”.

Taking on these duties, the letter says, would force staff to ‘de-prioritise’ their main responsibilities

The University has appealed for around 90 Contact Centre Advisors each day to work four-hour shifts, as well as 15 volunteers at a time to serve as “visual point[s] of contact” within student halls – presumably those which have been in chaos over recent weeks.

Taking on these duties, the letter says, would force staff to “de-prioritise” their main responsibilities, which includes “existing student support roles” as well as teaching – something the signatories say they are unable to do, and for which additional, trained staff should be recruited.

University staff have already been hit by cuts in research time, cancelled pay rises, the removal of the teaching affiliate/postgraduate research budget (which led to its own open letter), and calls for voluntary redundancy from staff.

One UoN staff member, who wishes to remain anonymous, said “the scheme seems to belittle the efforts people are already making”, which has staff working “flat out trying to deliver the best possible programme for students”. They said they believed “the most important thing [the letter] now asks for is a clear change in strategy… moving to online delivery as the default”.

This latest development is in stark contrast to the “months” of planning that gave UoN Registrar Paul Greatrix the confidence to criticise “apocalyptic suggestions” that universities were being treated as “care homes for the second wave”. In a recent blog post, he argued that the University of Nottingham’s decision to return students to a COVID-proofed campus was the right one. Of course, since that post, Nottingham has become England’s main coronavirus hotspot, with UoN being hit particularly hard.

The open letter ends with a call on the University Executive Board “to acknowledge the errors in their existing approach to the pandemic, to be accountable for the current situation, and to implement a significant change in direction”.

The full open letter can be read here.

Featured image courtesy of  Shamraze/Nuhaize on Flickr. Image license found here. No changes were made to this image.

October Book Of The Month: Black and British: A Forgotten History