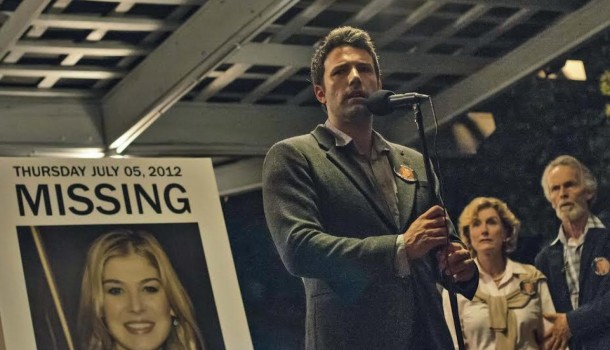 Rarely do you find a film that manages to ramp up tension to ‘nail-biting’ and then keep its audience there for nearly 2 ½ hours. Gone Girl not only does just that, but does it fantastically well. Every time you think you may have got a handle on where the plot is going, the rug is well and truly yanked from beneath your feet. This may well be one of the best films of 2014.

Ben Affleck stars as Nick Dunne, a man whose relationship with his wife, Amy (Rosamund Pike), is the epitome of ‘complicated’. So when Amy goes missing in peculiar circumstances and the police uncover her incriminating diary, Nick becomes suspect number one in a possible murder investigation. It’s up to Nick, with help from his sister Margo (Carrie Coon), to discover the truth behind Amy’s disappearance.

This may sound like a very standard thriller film, but that’s just because I can’t bear to spoil ANY of the many plot turns this film throws at its audience. The course the film takes is nigh on impossible to predict and revealing any more details of the plot would almost certainly take away some of the film’s suspense. Obviously, if you’ve read Gillian Flynn’s 2012 novel of the same title, then the multiple plot twists won’t quite have the same impact, but as I have yet to meet someone who doesn’t love the book, this shouldn’t be too off-putting.

Moving away from the fantastic plot, this film is a work of all-round brilliance. Affleck and Pike are both stunning in the lead roles. Affleck’s Nick is suitably dark and brooding, managing to balance the fine line of being someone you believe could have killed his wife without becoming a complete villain, whilst Amy, who appears in the most part through her diary entries, is always more aware of her self and everyone, audience and characters alike. Both actors give very strong performances, helped in some part by a spectacular supporting cast. 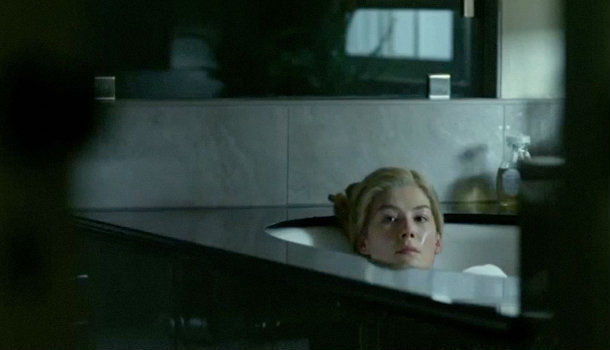 The direction of the film also contributes greatly, helping to build the tension rapidly, often leaving the audience never quite sure what is real. One scene in particular, featuring Pike and Neil Patrick Harris (who plays Amy’s ex-lover) is particularly well shot, with camera work exquisitely capturing the action of the scene.

Gone Girl will almost certainly do fantastically at awards season and deservedly so. Director David Fincher has taken the source material and seamlessly adapted it for the big screen. His faithfulness to the original source does mean the film is a little long but the never-ceasing tension of the film certainly kept me on my toes throughout.