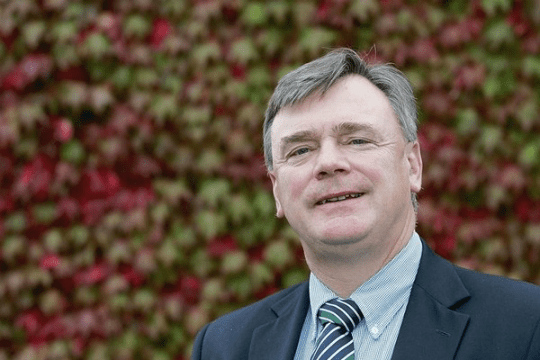 Dan Zeqiri offers us the first instalment of what will be his regular Wednesday column. This week, the origins of Europe’s success in the Ryder Cup…

Last week’s Ryder Cup enthralled viewers with golf played to a near impeccable standard and produced the eighth European victory in the last ten meetings. European dominance in the contest is such that beating the United States seems sort of routine, a matter of course, rather than the historic achievement it once felt like.

Remarkably, in spite of regular success, European golf has still managed to retain an underdog mentality and spirit, and this has provided the foundation to their Ryder Cup success. Quite why America, with their cavernous pool of talent and immense resources, have failed to find a solution to their Ryder Cup malaise is a discussion well worth having at another time. It is however, important to recall in such giddy times that it hasn’t always been this way for European golf.

Seve Ballesteros attracted spectators from far and wide, both on the course and in front of the TV set with his personal magnetism, his adventurous style of play and no lack of wit.

There are a number of protagonists in the story of European golf’s exponential growth. John Jacobs, as well as being a trailblazer in golf coaching, raised the standard of professionalism within the tour when he held an administrative position. Jack Nicklaus, ironically, was the individual who introduced the idea of incorporating the European continent into the Ryder Cup. Previously the Ryder Cup had been contested between America and a GB and I team. Unsurprisingly it wasn’t very competitive.

Seve Ballesteros attracted spectators from far and wide, both on the course and in front of the TV set with his personal magnetism, his adventurous style of play and no lack of wit. Nick Faldo proved that a working class man in England could in fact, not only play golf, but flourish within it. All of these undoubtedly important contributions are well documented. But one man’s vision and foresight often goes undiscussed, and that man is Ken Schofield.

The total prize money on offer across an entire season when he took over was just under £600,000. By the time he left his post, this figure stood at well over €100M.

Following John Jacob’s stepping down from the post in 1975, Schofield took over as Executive Director of the European Tour. He remained in the post until 2004. During that time the European Tour developed from comprising 17 events per year to 45 in 2003. In fact, due to this increase the European Tour was now not exclusively ‘European’ in nature. The Tour visited Dubai, South Africa, China, Malaysia and Australia. The total prize money on offer across an entire season when he took over was just under £600,000. By the time he left his post, this figure stood at well over €100M.

Schofield was willing to take what, at the time, were significant risks. He was willing to quarrel with the blue blazered, stiff coloured chaps who had until then run the European Tour. He insisted in a series of meetings with Lord Derby, on the advice of the aforementioned Jack Nicklaus, that the Ryder Cup should involve a European team. He succeeded in doing this, which marked the beginning of the modern Ryder Cup as we now talk about it. It also marked the end of unquestioned American dominance. Prior to 1983, the United States had won the previous 12 Ryder Cups. It was back then, not so much a contest but an exhibition. A chance for fans to watch Nicklaus, Palmer, Trevino, Watson and Weiskopf.

Like many other sports, the Sky Sports revolution provided even more investment into the game.

This was a crucial development but so was the process of internationalising the European Tour. This began with the tour’s first tournament outside of mainland Europe, in Tunisia 1982. It became much less Anglo-centric, much more cosmopolitan and truly meritocratic. It was of course a touch of luck that his tenure should preside over the careers of Faldo and Ballesteros, who helped pull in viewers. He was a banker by trade, and his nose for a deal was crucial in the Tour’s expansion as he sourced tournament sponsorship.

Like many other sports, the Sky Sports revolution provided even more investment into the game. And as the European tour got stronger, so did the European Ryder Cup team. A tour that had paled in comparison to the sun-drenched and cash rich PGA Tour which hosted the world’s best players, was finally catching up. In 2013, Schofield was inducted into the World Golf Hall of Fame.

The reputation of administrators, governors and technocrats in the world of sport has suffered a great deal in the face of an increasingly cynical public.

Not that his expertise were confined to golf. Following the 2006/7 5-0 Ashes defeat in Australia, he chaired what became known as the Schofield report into the state of English cricket. The report demanded a re-evaluation of ECB academy procedures to develop more rounded and prepared cricketers, as well as changes in the administrative and selection processes. Four years later, Enlgand triumphed 3-1 in Australia and ascended to no.1 in the World Test rankings. Almost all the credit must go to Andy Flower, Andrew Strauss and the players for this achievement. Nevertheless, the Schofield report was certainly a starting point for a much needed change in philosophy.

The reputation of administrators, governors and technocrats in the world of sport has suffered a great deal in the face of an increasingly cynical public. They are often viewed as hanging on the coattails of the true talents found on the field of play, whilst all the time letting money spurt out of the top of their sport like a volcano. Sepp Blatter and FIFA have a lot to answer for in this respect. The example of Ken Schofield is a refreshing case of governance being exerted in the best interests of the game, its competitors and its viewers.

One only wonders if the FA has his phone number.