Let’s get to the bottom of this: Kim Kardashian does not promote body confidence 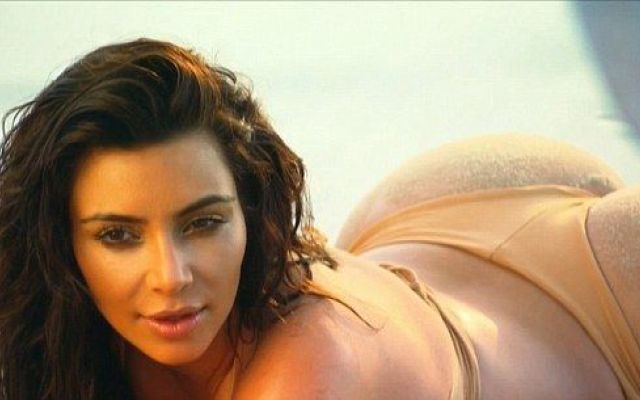 There’s no denying that Kim Kardashian is an astute, savvy and successful business woman. She’s manipulated the image obsessed, materialistic society that she lives in to her advantage, and has managed to turn herself into a global brand. Hands up to her.

The fact that stripping off is probably the best way for a women in our society to gain attention and get the nation chatting, is another issue entirely

But it would be naïve to try and claim that her recent ploy to ‘break the internet,’ is not purely a facet of Kim’s self-advertisement campaign; another marketing ploy; an attempt to further expand the ever growing Kardashian Empire.

Now, I don’t in any way believe that we should condemn Kim as ‘cheap,’ or, ‘unclassy’ for exposing her body; if a male celeb got his kit off and posed seductively, he wouldn’t be labelled or criticised for doing so and it most likely wouldn’t spark global debate. Images of celebs half naked in their bikinis are plastered all over magazines and social media pages on a regular basis and Kim is, in my opinion, simply using the media to her advantage. Controlling it rather than letting it exploit her. The fact that stripping off is probably the best way for a women in our society to gain attention and get the nation chatting, is another issue entirely.

The notion that Kim is a representative for all the ‘curvy’ girls out there is as misleading as the pictures themselves. In fact it’s patronising

The problem I have with these images is the outrageous photo shopping, which has distorted and altered them completely. The images that have been contaminating everyone’s news feeds are so heavily photo-shopped that not even the icon herself can conform to the standard of beauty she’s presenting.

The notion that Kim is a representative for all the ‘curvy’ girls out there is as misleading as the pictures themselves. In fact it’s patronising. Why do women’s body shapes have to be classified and labelled in this way? Pressuring girls to aspire towards Kim’s unrealistic curves is just as flawed and unachievable as pressuring them to aspire to be underweight, fitting the ‘skinny’ ideal. Kim isn’t waving the flag for ‘normal’ (I use this word reluctantly) women; as Tina Fey said Kim is “the person closest to actually achieving … the laundry list women must have to qualify as beautiful.”

If a woman wants the world to see her balancing a glass of champagne on her backside, that’s her prerogative. But let us be clear, this is not a body confidence issue. If it was Kimmy K would have shown us her real backside, rather than some blown up, greased up, baboonish ball.

Watch This If…You Have A Unique Talent