Film Review – Get On Up

After the exploration of racial politics of ’60’s suburbia in The Help, director Tate Taylor has turned to another iconic aspect of the 1960s American landscape – the music. More specifically, the sheer energy and rambunctiousness of James Brown.

Initially limited to predominately black audiences, Mister Brown gradually became increasingly influential and, initially reluctantly, politicised. From Bob Dylan to Max Roach, groundbreaking sounds were being produced throughout that turbulent decade while tying to social and political events to varying degrees. It’s this tension between society’s urging him to become a figurehead and his just wanting to entertain that provides such a rich seam for Taylor, screenwriters Jez and John-Henry Butterworth and star Chadwick Boseman to mine. 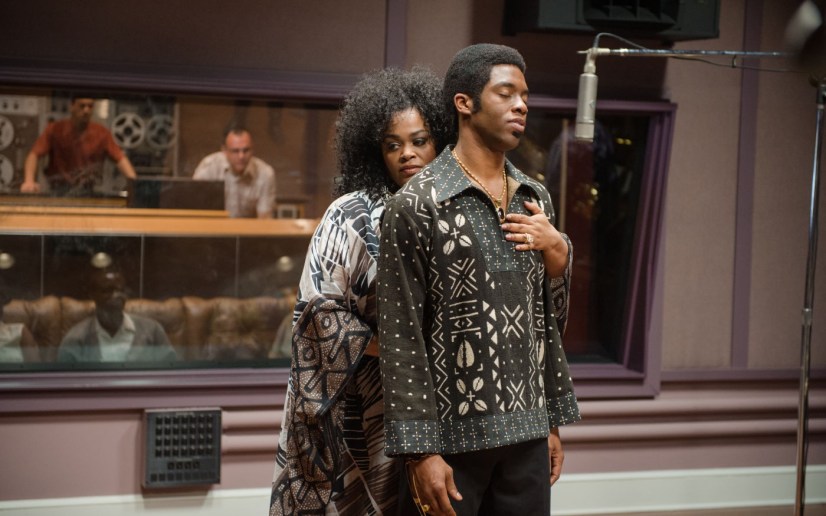 Get On Up, as with so many biopics, commences from Brown’s nadir in the late eighties and jumps backwards to tell his complex rise to fame. This non-linear crosscutting creates a breakneck pace both befitting of its star and necessary as to not bog the viewer down in excessive detail. The ‘leaping-through-a-life’ structure is admittedly reminiscent of Scorsese, only compounded by Brown giving slight asides and glances to the audience à la Henry Hill in Goodfellas. Thankfully, these are kept brief and spare, serving to add the requisite vibrancy while the film, thanks to the distinctive/tacky fashion choices and unstable protagonist, is more akin to Boogie Nights – no bad thing.

Falling slap-bang into certain weary and awkward biopic tropes (can we scrap the pre-credits information scrawl unless absolutely necessary, please?), the film saves itself from mediocrity with striking music sequences, the moments where Get On Up really gets on up. With an uncanny performance from the intense Boseman, Brown rips through iconic moments, including the barnstorming ’62 Apollo gig, while Taylor chooses to jam and blend moments from other periods’ gigs (such as Paris, ’72), seamlessly and implicitly making the case for the timelessness of the music and power of the singer.

“…the film saves itself from mediocrity with striking music sequences, the moments where Get On Up really gets on up”

Despite the hefty running time (just shy of two and a half hours) the film barely flags, oh so critical considering the reputation of its monumental subject matter. Without becoming overly dense or leaving the viewer short-changed, Get On Up covers Brown’s abusive childhood, his relationship with The (later, to much consternation, His) Famous Flames, his wives, his tested friendship with Bobby Byrd, the business side of his career and that ever-so-slight issue of race in 1960s America.

It’s this last aspect which fuels possibly the standout scene, when Brown took to the stage the day after MLK’s assassination. While planned in advance, the decision was quickly made to broadcast the concert in an effort to sedate any civil unrest as seen in most other major US cities. Without being so cackhanded as to explicitly state the potential consequences of each and every action that April night, the performance simmers with a steadily mounting tension. Audience members mount the stage to cathartically dance and on-edge cops batter them back down or drag them to the sidelines. Very carefully Brown negotiates the situation, finally taking a stance on race where he had previously been publicly non-committal. While all true, the film could have easily fallen into cliché and vainglorious posturing so, for remaining one of the more subtly directed scenes of Get On Up, I applaud the restraint. 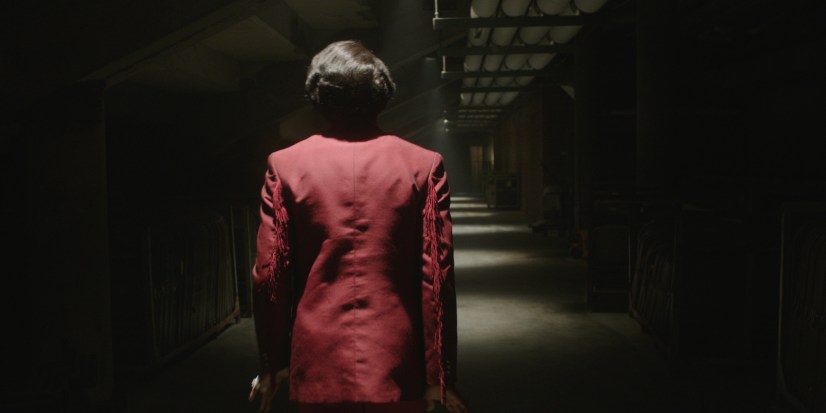 Ultimately it’s hard to warm to someone so narcissistic – hardly all his own fault, the man had seven nicknames of increasingly sycophantic praise, wittly employed here as chronological chapter-titles. Brown is painted as a figure it’s easy to empathise with, if not sympathise with (one of a few threads irksomely hinted at his abusive marriage behaviour). The intention of Get On Up seems to have been to represent Mr. Dynamite’s life in a manner echoing his music – all trumpet blares, jubilant celebration and raw vocals, heroic and pained – and to that extent it succeeds admirably. It’s by no means ponderous or groundbreaking, but with a title like that, its clearly not trying to be.