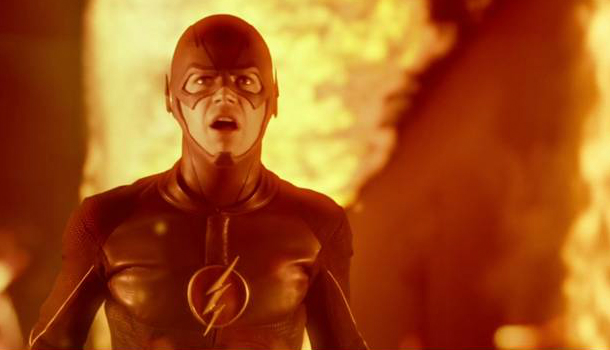 Crime fighting, comedy, cringe and a bit of The Matrix; in this second episode of CW’s The Flash, the fastest man alive (in an episode titled identically so) battles a metahuman who can duplicate himself and is exacting revenge on his former employer.

The basis of this week’s instalment to the series is reminiscent of Smallville’s ‘freak of the week’ episode structure. Whilst Smallville lasted for 10 seasons, it was more of a ‘quantity over quality’ basis; The Flash is currently risking joining Smallville’s fate even in its early stages, with the seemingly formulaic introduction of new comic book characters each episode.

Similarly, love interest of Iris West (Candice Patton), which they are forcing upon us, is already becoming quickly tiresome, serving as a tedious time consumer though we’re only two episodes into the season. Because of this, it makes the audience cringe when an immensely prolonged five minute scene is dedicated to what is quite frankly a dull subplot, taking minutes away from much more interesting action. 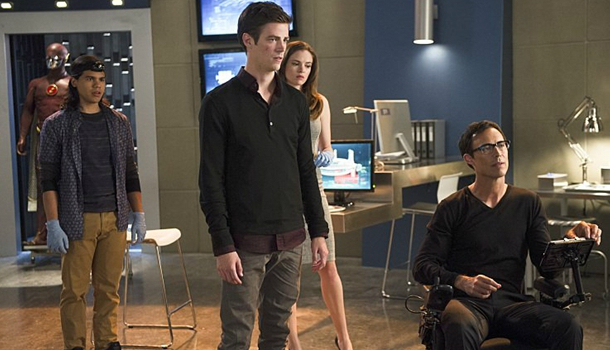 Having said this, “Fastest Man Alive” does make up for what it lacks in story with some amazing set pieces. Whilst it felt like a love letter to the Wachowski’s The Matrix, this episode contains a brilliant scene where the producers demonstrate why watching a man with superspeed is so much fun.

In addition, Barry’s narration is genuinely funny and did earn more than a polite chuckle from me, with comments such as “I’m going 352 miles per hour and it’s a slow day.”

Finally, the main reason to watch this show is the cliffhanger endings. The character of Harrison Wells (Tom Cavanagh) is Barry’s mentor and the key contributor to these gripping conclusions. We get a bit more added regarding his character, and we are all interested as to how he possibly knows so much about Barry. His knowledge of The Flash indicates he is from a more futuristic timeline, but what are his intentions for our scarlet speedster?

Assuming the remainder of this opening season can produce more fight scenes like this week, which I am sure it will, we are in for a wild race to discovering what Wells is up to. Overall, “Fastest Man Alive” was enjoyable, but just lacked the power of the “Pilot”.

Catch The Flash on Tuesdays at 8pm, only on Sky 1 in the UK.

Playlist: Make Bonfire Night Go Out With a Bang