“How Have You Never Seen…Titanic?” 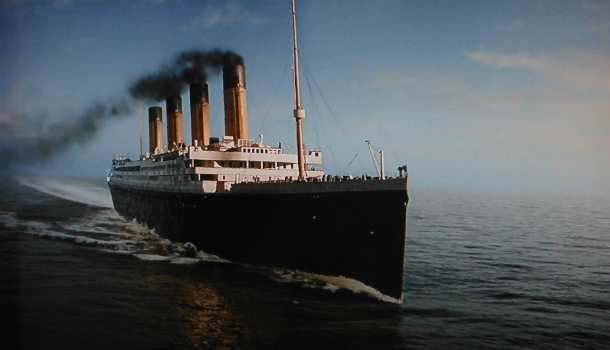 We’re introducing our new feature, “How Have You Never Seen…?”, where our writers finally get round to watching a classic film they’ve somehow never seen before, and review the time-honoured piece of cinema for their first time. In our first installment, Joe gets onboard with one of the most successful films in history, with James Cameron’s 1997 epic Titanic.

“I cried”, says a fellow Impact writer, recalling his first viewing of Titanic, “you will too”. There’s no better way to summarise why I’ve steered clear of James Cameron’s weepy for the past seventeen years. That, and the feeling there was more I could do with 194 minutes of my life.

But, it has to be said, of all the films one could have missed out on over the past two decades, it’s hard to think of one with more cultural significance than Titanic. With this in mind, and to preserve my honour as a dedicated film fan, I finally decided to brave those icy waters and discover what I’ve been missing all these years. Here goes…

For any of you who have managed to dodge the film up until now, then here’s the basic premise. Loosely based on historical events, Titanic charts the maiden voyage of the British passenger ship of the same name. Although this isn’t where our journey begins. In fact, our first glimpse isn’t of a ship at all – but a submarine. A modern submarine, helmed by Brock Lovett (Bill Paxton), scouring the shipwreck of…you guessed it, the RMS Titanic. Unsympathetic and greedy, Lovett has distanced himself from the horrors of the ship’s history.

His sole goal is to recover the legendary ‘Heart of the Ocean’, a rare diamond necklace, easily worth enough to retire him for life. But upon meeting the previous owner, the (quite literally) 100 year-old Rose Bukater (Gloria Stuart), Lovett lends his ear to the story of her time upon that ship. This is where our story really begins.

As you would expect from the man behind Avatar, Titanic is a film of a humongous scale. Even now, almost twenty years on, the CGI is superb. But underneath that 269 meter ocean liner, what really keeps our interests afloat is a simple love story. Young Rose (Kate Winslett) is somewhat aloof from her upper-class companions and is stuck in an engagement to the wealthy Caledon Nathan (Billy Zane). She has no choice but to accept a life of dinner-parties and small-talk. 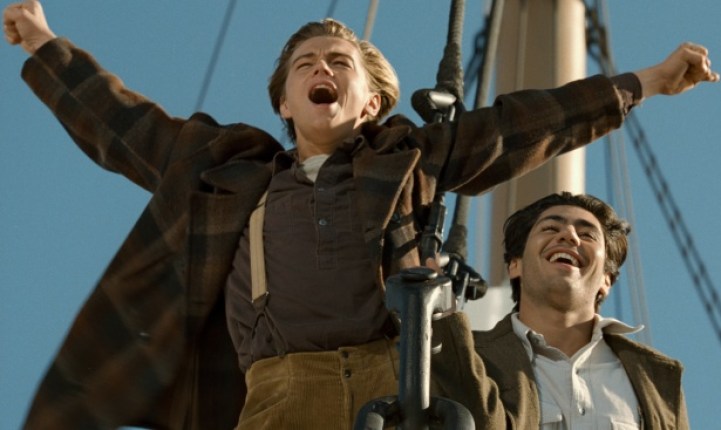 At the other end of the social spectrum, Jack Dawson (Leonardo DiCaprio) is a happy-go-lucky, puppy-eyed street urchin, who wins his tickets last minute in a card game. However, this is not a Romeo and Juliet tale at sea. Unlike the star-crossed lovers of old, Cameron isn’t afraid to inject a dose of humour.

Watching Jack ascend the social ladder by mixing with Rose’s circle is mildly amusing, but doesn’t come close to the gut-busting belly-laughs which accompany her descent in the opposite direction. Seeing Jack teach Rose how to spit is one of the more brilliant moments, and somehow manages to be equal parts hilarious and sensitive.

That’s not to say that it doesn’t all get a bit much at times. More than once the film moves away from ‘sweet’ and into ‘sickly’ territory. Watching it now, many of the once heart-warming moments feel cliché. As Rose leans forward over the front of the ship and whispers that classic line ‘I’m flying Jack’, it’s hard not to smile at what has since become the source of so many spoofs. If it wasn’t for DiCaprio and Winslet’s electric on-screen chemistry, these sections would transform this watery tearjerker into a farcical joy-ride. 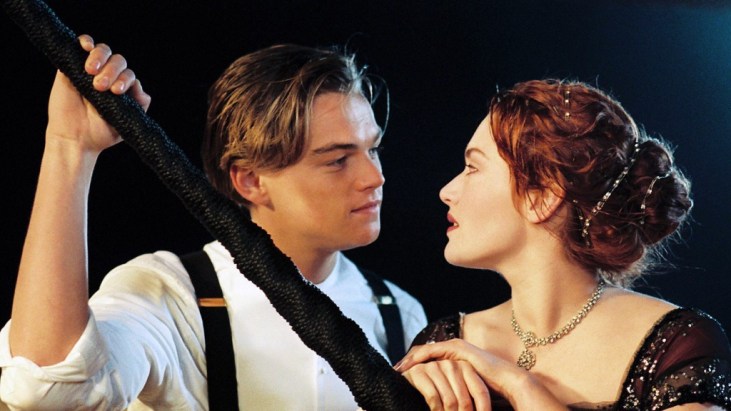 However, moving past this rom-com silliness, what remains is pure tragedy. We’re told from the outset the Titanic will sink, but watching it is truly a sight to behold. Spanning almost half of the total run-time, Cameron doesn’t shy away from the monstrous spectacle. But watching a ship sink, however grand, would mean nothing if not for the people onboard. Whilst other passengers fight for themselves, Rose and Jack fight for each other, even as the world crumbles around them.

On this basis, it’s hard to question how it has become so firmly lodged in our cultural psyche. Strip away the boats, the CGI and the spectacle, and what you’re left with is a film about the simplest human emotion, love. For this reason, it’s just as relevant today as it was seventeen years ago, and will continue to be for many more years to come. And yes, you will cry a little.