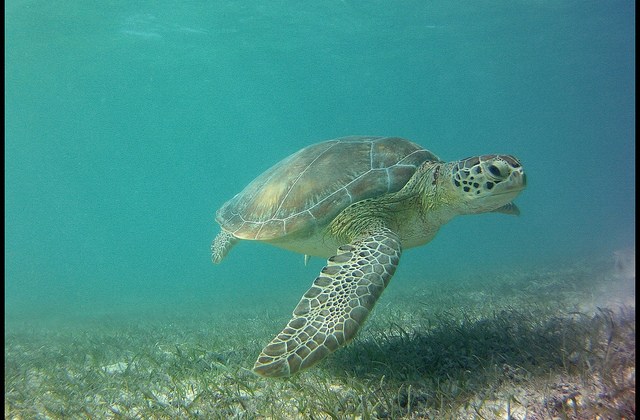 On the pristine, stretching beaches of western Costa Rica, a slow and tedious war is being fought between those trying to save a species, and those trying desperately to climb above the poverty line.

Every night between July and October, various turtle nesting beaches along the west coast are diligently patrolled through the night by groups of passionate local people and volunteers, who are on the lookout for turtle tracks in the sand. Playa Tortuga, the aptly named Turtle Beach, is one of those beaches.

It is a beautiful place; golden sands hemmed in by a rich, buzzing tropical rainforest on one side, and the fearsome turquoise Pacific on the other. It is alive with the noise of cicadas screaming into the night, crashing ocean waves, and the soft crunch of tired footsteps shuffling up and down the sand. 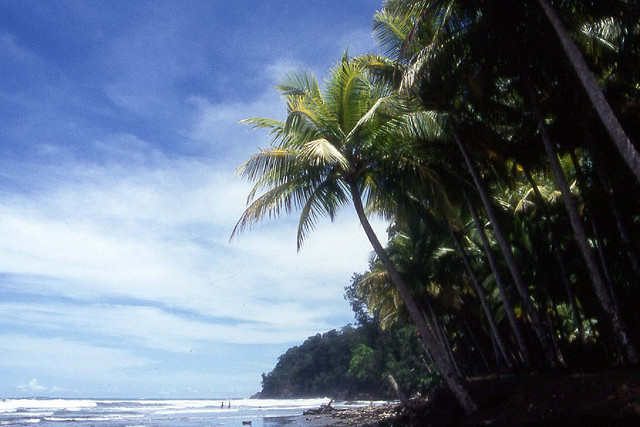 Hired patrollers and their volunteer teams walk up and down the beach in shifts. Some nights there are no turtles, some there is one, and others there are up to ten. They are usually Olive Ridley turtles, sometimes Green, and very occasionally the colossal Leatherback. When the turtles appear, patrollers and their teams collect the eggs as they are laid, measure and tag the turtle, let her go, and then rush to the turtle hatchery – a wooden structure built by volunteers in a hidden alcove just off the beach. Here they bury the eggs, which are watched over 24/7 by hired staff, until they hatch seven weeks later. The young turtles are then chaperoned to the sea.

The reason the patrollers, volunteers and hatchery staff must do all of this is because there are poachers lurking on Playa Tortuga too. Before the patrollers, poachers were taking nearly every nest and selling the eggs for food. Now some of the poachers wait in the undergrowth while patrollers search the beach, and hope that at shift change-over, or when the team is at an alternate end of the beach, they might be lucky enough to find an unclaimed turtle nest. Others are not so timid; they walk up and down the beach just as confidently as the patrollers, and race to the turtle when she comes. Some use intimidation techniques; walking directly behind the patrolling team the entire night, until the team retire at 4am and the poacher might get lucky in the last few hours of darkness.

The damage caused by poachers in the past is slowly being recovered in areas with patrollers. Where before no turtle may have reached maturity from a single beach, now hundreds of hatchlings are released each year, with a small percentage expected to reach maturity and return to the beach to breed. But with poaching being illegal, and a system in place to ensure most eggs are taken to the hatchery, why do poachers persist?

This is a difficult question, where culture, tradition and economy are all factors at play. Some poachers persist because it is a family tradition; their parents did it for fun, and they teach their children to do the same. They get to stay up all night on a wild, exhilarating beach and get a little extra money in the process. These are the people who, through a little education, begin to understand the importance of their nation’s wildlife and how their activities are damaging a delicate ecosystem. This is especially effective for children, and often reserves which set up patrols also set up school education programmes, in order to stop the next generation from following in their parents’ footsteps. 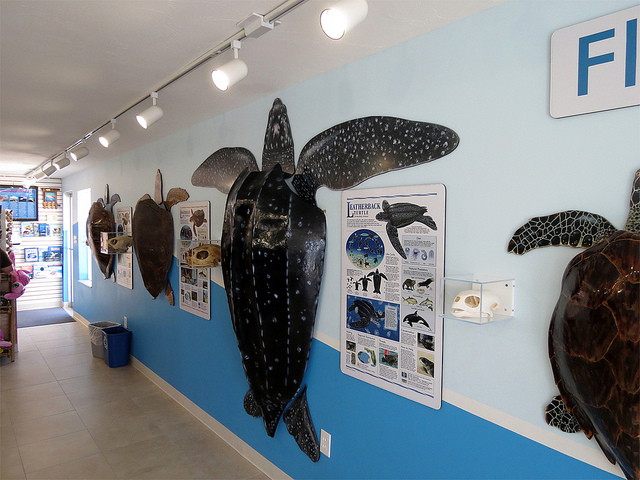 Other poachers, however, do it through necessity. They have families to feed, live below the poverty line, and are simply taking advantage of a natural resource that allows them to buy a little food. Each egg sells for $1, and with nests of 100 being laid multiple times a night in the summer season, poachers can bring in more money in a night than they might in months otherwise. If unemployed, this can be a lifeline for some. They may only take one nest, and it might keep their heads above water for weeks. There is little wonder as to why some are so angry at foreign volunteers, who fly to their country to, it seems, simply snatch their income away.

One solution to this is hiring poachers as patrollers; giving them a regular and relatively high wage to save the eggs rather than sell them. This is the case on Playa Tortuga, and it works extremely well, not only because the patroller was desperate for a reliable income and so is now completely committed to his job, but because he meets with other poachers and explains the importance of conservation to them. Furthermore, it teaches volunteers that this situation is not black and white; many come from wealthy backgrounds and fly to Costa Rica to help save a species, while demonising those who endanger conservation efforts. But when the man teaching you to save the eggs used to be the man poaching them just to get some money, the complexity of the situation is evident, and it becomes apparent that demonising poachers is effectively just demonising people so poor that saving a species would mean starving themselves.

The slow and tedious war being fought between patroller and poacher is not a war of right and wrong; it is a war between tradition, poverty, and the need to conserve a species. And sometimes, it is a war where one person has been on both sides, and is lucky enough to have broken through to a place where he is able to pay for basic necessities, and save a species in the process. However, this is a rare and unsustainable outcome, and until employment rates and wages rise, the war between patrollers and poachers has no end in sight.

Advent Calendars: From Whiskey to Watches