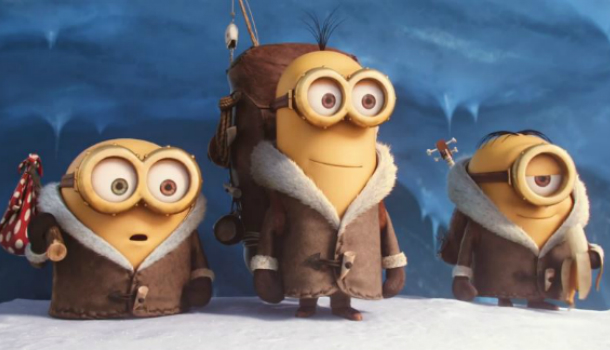 Without a doubt, the best thing about the Despicable Me movies are the Minions – the yellow henchmen, with their endless gibberish (an eclectic mix of English, Spanish, French, Russian and Korean) and unstoppable ability to make people laugh with their insane antics. And now they have their own film.

Whether this will work, a film where none of the main characters speak any recognisable language, remains to be seen, but the trailer is enjoyable, with normal minion hilarity ensuing as they hunt through time for the most ‘despicable’ of masters – killing off dinosaurs, pharaohs, Napoleon and Dracula as they go.

Very little of the plot is seen in this first trailer, but that’s a welcome change from comedy films which show us all the good bits before the film is even released. Whether the minions alone will be able to hold the audiences’ attention for the length of a movie remains to be seen, but if the trailer is anything to go by, the film will be full of rib-ticklers and plenty of laugh out loud fun.