“How Have You Never Seen…Reservoir Dogs?” 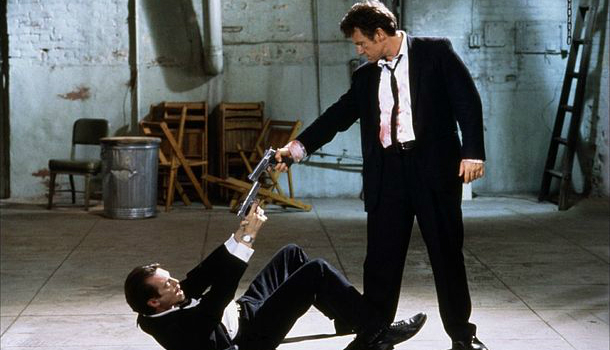 “Like a virgin, touched for the very first time”. Reservoir Dogs was the explosive debut I was expecting from Quentin Tarantino. After all, this is the man who’s shown us unparalleled levels of gore and destruction in recent hits Inglourious Basterds and Django Unchained. Madonna’s tender love song is a million miles away from his usual subject of tough men doing even tougher jobs, despite being referenced near this film’s beginning.

Perhaps for this reason, Tarantino has always been a bit like marmite, and I’m sorry to say that I’ve never been a fan of the ultraviolent king. Watching a cop being tortured to death isn’t exactly my idea of a pleasant night in. But, in the words of Madonna herself, there’s a first time for everything. So without further ado, let’s get on board the Tarantino express.

After a brief opening, the film begins in medias res with the code-named Mr. White (Harvey Keitel) frantically driving the injured Mr. Orange (Tim Roth) from the scene of a botched diamond heist. Upon arriving at an abandoned warehouse, they meet up with the much-agitated Mr. Pink (Steve Buscemi), who is convinced that the police had a secret informant within the gang.

As things settle down, the two crooks swap stories and try to figure out who’s the rat amongst them. Do they wait here at the agreed rendezvous point, or get away fast before the informant finds them? But with Mr. Orange bleeding heavily, the time to make a decision is quickly running out.

Given that this film was first released in 1992, Tarantino must be applauded for his use of nonlinear cinematic storytelling. At the time, this was a relatively rare phenomenon, though recently has felt somewhat overused. Following successes such as Eternal Sunshine of the Spotless Mind, it’s entered into mainstream cinema like never before.

We’ve even seen it used in comic book adaptations like Zack Snyder’s Man of Steel, and as a result, watching Reservoir Dogs for the first time almost a quarter-century since Tarantino’s trademark has been on the scene, the structure seems dogged (pun-intended) by a lack of originality, which wouldn’t have been a problem back in the 90s. 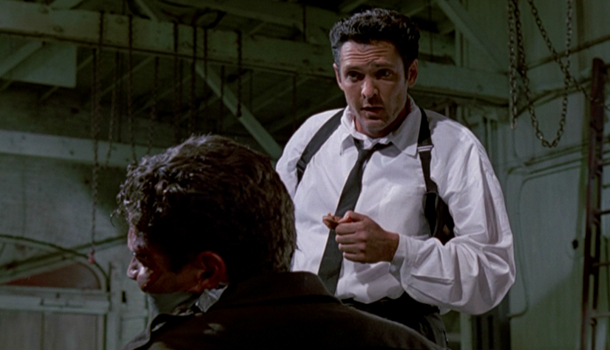 However, in other aspects, the film has aged remarkably well. For starters, Reservoir Dogs was independently produced; it’s not the big-budget grandiose extravaganza we’ve come to expect from Tarantino in recent years. Consequently, the violence and gore are not as gratuitous as one might expect looking at his later work. That’s not to say that it doesn’t feature, but by holding back just a bit, the scenes of injury carry much more emotional weight. Watching a pool of crimson erupt into Tim Roth’s panic-stricken face is far more poignant given that same thing hasn’t happened ten times over.

What’s more, the ensemble cast is nothing short of legendary. At the time of release, Harvey Keitel was perhaps the biggest name on the rota, with significant roles in Taxi Driver and The Duellists. But the rest of the cast, which includes Tim Roth, Michael Madsen and Steve Buscemi, were young up-and-coming actors desperately searching for their big break. Suffice to say they found it in Reservoir Dogs.

Each crook has their own distinct personality, brought to life with a selection of fine performances. Madsen’s cool demeanour makes for a chilling psychopath; Buscemi is wonderfully manic as Mr. Pink, and Roth may be the most likeable criminal in film history. Given the budgetary restraints, bringing together such talent was only possible due to each actor being in the early stages of their career. We’re unlikely to see such a showcase ever again, and so that alone makes the movie unmissable even after all this time. 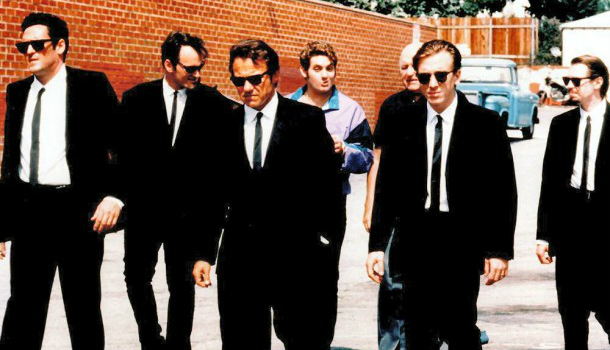 Having said this, there are serious setbacks which prevent Reservoir Dogs from ever reaching a fully realised ‘classic’ status as it has been branded. These include the attitudes towards race and gender, which are scandalous by today’s standards. Yes, the film explores platonic male relationships, but surely there was room for at least one female speaking part? The absence is obvious, and arguably misogynistic.

Similarly, we all know that the gang are despicable, but their racist comments are difficult to listen to, let alone stomach. They cast an ugly shadow over a film that, in its day, was so highly revered. If you can bear with it, there are some fantastic moments and unexpected twists to untangle throughout. “You’re super cool”, says Mr. Orange to his reflection. Well, maybe that was the case back in the 90s, but by today’s benchmark, you’re just plain regular cool.

This Is Week in the NFL: Wild Card Weekend