Film Review – Into the Woods 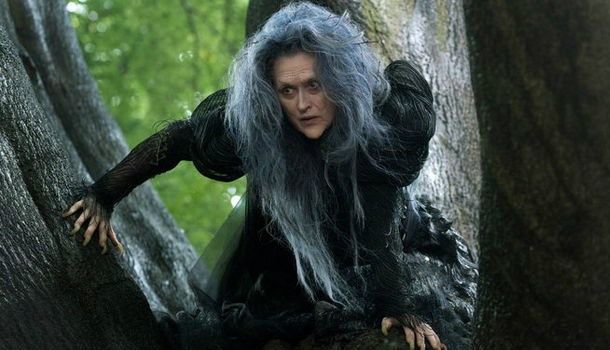 Into the Woods is a Disney adaptation of a Broadway musical where several familiar fairy tale storylines all converge within the magical space of The Woods. The central character to all the arcs is Meryl Streep as The Witch, and an actor of Streep’s calibre is needed to carry off such an unsympathetic and unapologetic role.

James Corden and Emily Blunt appear as the childless Baker and his Wife. Anna Kendrick and Chris Pine are Cinderella and Prince Charming, also displaying two standout performances next to Streep. Other familiar faces appear in this very star-studded cast, including Johnny Depp as The Wolf.

The initial tale revolves around The Baker and his Wife breaking a spell within three midnights following instructions given by the Witch. While good for the story, as it kick starts the action and gives a sense of urgency for the audience, it also leads to a terribly false ending.

Even for those who have seen the stage show, the narrative feels complete, only for things to take a turn for another hour or so in a film that really starts to drag in its latter half. The characters themselves start to seem that they’re ready to get out of this story, though that may have been a projected emotion.

Another issue, one faced by many film adaptations of musicals, is that some of the voices in the cast are not quite up to their singing parts. It isn’t such a problem in the group numbers, but even Streep is not immune, with the song “The Last Midnight” being of particular note for it’s incomprehensibility.

Anna Kendrick, Lilla Crawford (Little Red Riding Hood), and MacKenzie Mauzy (Rapunzel) are all strong performers and their song numbers are a relief, especially when they come after a number that Corden has had to attempt to carry. Probably the most enjoyable musical number to watch, if not necessarily to listen to, is the Agony duet between Chris Pine and Billy Magnussen (Rapunzel’s Prince). 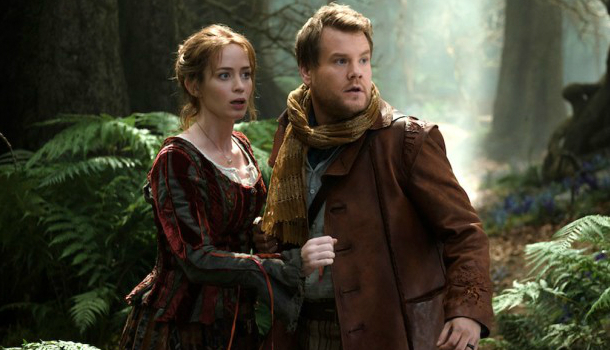 Effects and costumes are, for the most part, as wonderful and elaborate as one would expect of a film where Disney goes back to its fairy tale roots. One particular scene between Cinderella and Prince Charming has particularly beautiful effects that compliment Kendrick’s costume perfectly.

The only detraction from the otherwise stunning costumes is Depp’s Wolf. Rather than employing a minor bit of motion capture and CGI, they appear to have used gloves with claws awkwardly stuck on and novelty slippers for the Wolf’s paws. His tail also sticks out awkwardly and rather ruins the believability of the rest of the costume in some scenes.

A final point is on the film’s rating, which is PG in the UK. For those considering taking their children or young siblings, there are several moments that are quite grim and which might be too much for younger audience members. For the adults, there are plenty of little jokes within the lyrics and nods to tropes that, while perhaps entrancing to children, rather fall flat in reality, much like Into the Woods as a whole.