The Race for the Premier League: Championship Review Part 1 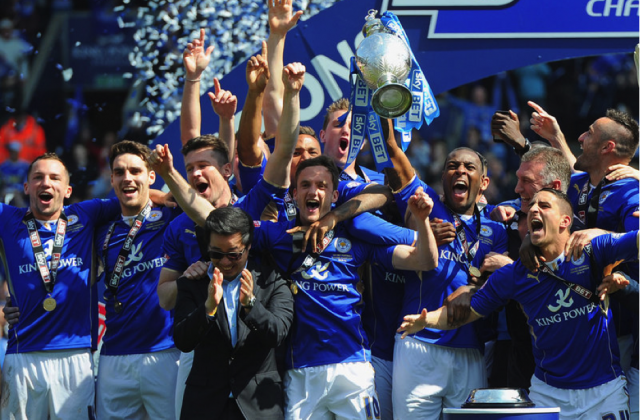 With the January transfer window slammed shut and under twenty games left, the Sky Bet Championship is heading for its annual fascinating climax with the race for promotion to the Premier League really beginning to heat up.

The top four sides are separated by just three points, headed by Eddie Howe’s Bournemouth. The Cherries have been an absolute revelation in this season’s Championship, with an unbeaten run of 14 games from October to January giving them a four point lead at the turn of the year. They threatened to gate-crash the top six last season in their first ever campaign in the second tier, losing just two of their last 15 games. Continuing that momentum into this season, they sat top of the division at the start of November. Two defeats in their last four had ended a five-game winning streak, but a 2-0 win over promotion rivals Watford reminded the division of Bournemouth’s ability: one which could take them all the way to the promised land.

The three teams all within a victory of the Cherries have all graced the top-flight since the turn of the millennium. Derby County are looking to return after their frankly forgettable campaign back in 2008, where they won just once all season and picked up 11 points – the lowest ever in Premier League history. Defeat in the play-off final, a harsh and ultimately heart-breaking one to Queens Park Rangers last season, always brings about the possibility of a post-Wembley hangover. Yet a solid start to this campaign laid the foundations for a real shot at going one better this time around. Manager Steve McClaren has compiled a formidable squad that is more than capable of achieving automatic promotion. Add to that deadline day signings of Tom Ince and Jesse Lingard to bolster an already flourishing forward line, and the chances of the iPro Stadium playing host to Premier League football next season are increasing.

Fresh from upsetting Manchester City in the FA Cup, Karanka’s side have the momentum, and indeed the talent, to secure a top two finish

With only five defeats and 18 goals conceded all season, it is fair to say that Aitor Karanka’s third-place Middlesbrough side possess the winning mentality and defensive resolve needed to end their six-year absence from the top flight. Three of these five defeats came within the opening six games of the season, leaving them near the bottom of the table, but just two defeats in 28 league matches since then leaves Boro just a point off the automatic promotion places. Fresh from upsetting Manchester City in the fourth round of the FA Cup, as well as three consecutive league victories, Karanka’s side have the momentum and indeed the talent, to secure a top two finish.

Ipswich Town are a place and two points adrift of Middlesbrough, and very much in the hunt for one of the automatic promotion places. After being second at the turn of the year, thanks chiefly to an 11-game unbeaten run, Mick McCarthy’s side have won just one of their last four league games, seeing them lose a bit of ground in the promotion race. However, with the Tractor Boys boosted by the return of the Championship’s top-scorer Daryl Murphy, that three-point deficit can be very easily made up.

With the firepower they have in the form of Troy Deeney, Odion Ighalo and Matej Vydra, Watford will continue to score goals and cause problems for any team in the League

Fifth-place Brentford and sixth-place Watford are five and six points respectively off the top spot, and both will continue to harbour hopes of automatic promotion. Mark Warburton’s Bees have been astonishing this season following promotion from League One last May. Thanks to a sensational five-game winning streak, including victories over Derby and Nottingham Forest back in November, they have been propelled from mid table mediocrity to well inside the top six. They have not relinquished that position since then and, with the way Brentford are playing, it doesn’t seem like they are going to anytime soon.

By the middle of October, Watford were already onto their fourth manager of the season with current boss Slavisa Jokanovic following on from Billy McKinlay, Oscar Garcia and Giuseppe Sannino. Nevertheless, off-the-field instability had little effect on the on-pitch battles, with victory over Sheffield Wednesday on October 18 putting the Hornets top of the division. Although they haven’t reached the summit since, Watford have been in and around the top six and, with the firepower they have in the form of Troy Deeney, Odion Ighalo and Matej Vydra, they will continue to score goals and cause problems for any team in the league. 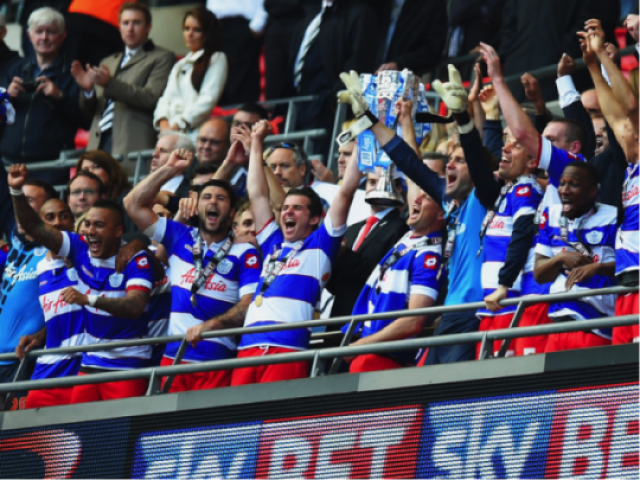 Wolverhampton Wanderers and Norwich City are the only other teams within striking distance of the top six, with the former’s eight-match unbeaten run thrusting them back into the play-off picture. This was the perfect response from Kenny Jackett’s side after a disastrous five-match losing streak in November, which saw them slip into the bottom half.

The Canaries, on the other hand, topped the division at the start of October before a run of one win in 10 saw them drop out of the top 10. However, under the stewardship of Alex Neil who took over from Neil Adams in January, the Carrow Road tenants are eighth, three points off the play-offs. A good end to the season will provide them an opportunity to get inside the top six.

Blackburn Rovers, Sheffield Wednesday and Birmingham City all sit firmly in mid table, with a minimal threat of relegation, which, for Birmingham, was prevalent for much of the season before Gary Rowett took over. They will have to go on an exceptional run to gate-crash the top six though. However, it has happened before.

The battle for promotion and the play-offs will go down to the last day of the season. It is probably between the top six as to who can achieve automatic promotion, although Wolves and Norwich are ready to pounce if any of them slip up. Will we see teams making a late charge up the division to grab a play-off place? Stranger things have happened in the Championship.

In the debate about immigration, we have forgotten compassion

Who Will Avoid the Drop? Championship Review Part 2