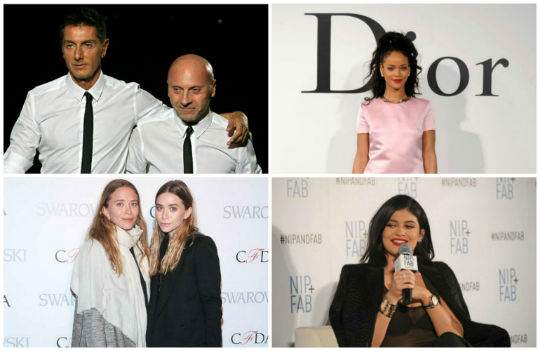 1) Dolce and Gabbana under fire 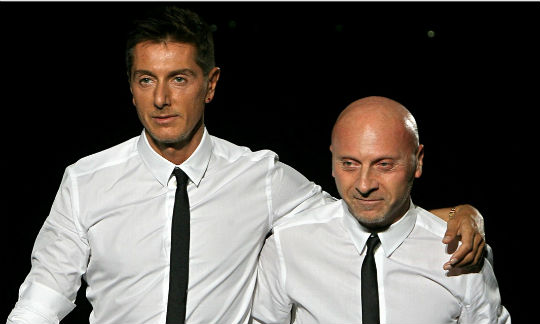 One of the biggest fashion houses in the industry – Dolce and Gabbana – have been under fire this week for some outrageous comments they made in an interview regarding IVF treatment. The pair called babies born through IVF ‘synthetic’ and ‘the children of chemicals’. Their offensive comments led to a huge backlash, with high profile celebs such as Elton John calling for a boycott on the luxury brand. Elton wrote on his Instagram page, ‘How dare you refer to my beautiful children as “synthetic”. And shame on you for wagging your judgemental little fingers at IVF – a miracle that has allowed legions of loving people, both straight and gay, to fulfil their dream of having children. Your archaic thinking is out of step with the times, just like your fashions. I shall never wear Dolce and Gabbana ever again.’ Others who spoke out against Dolce and Gabbana’s comments included Victoria Beckham, who tweeted ‘Sending love to Elton David Zachary Elijah & all the beautiful IVF babies’. Luckily for us, we didn’t own too many Dolce and Gabbana items anyway…

2) Rihanna is the new face of Dior 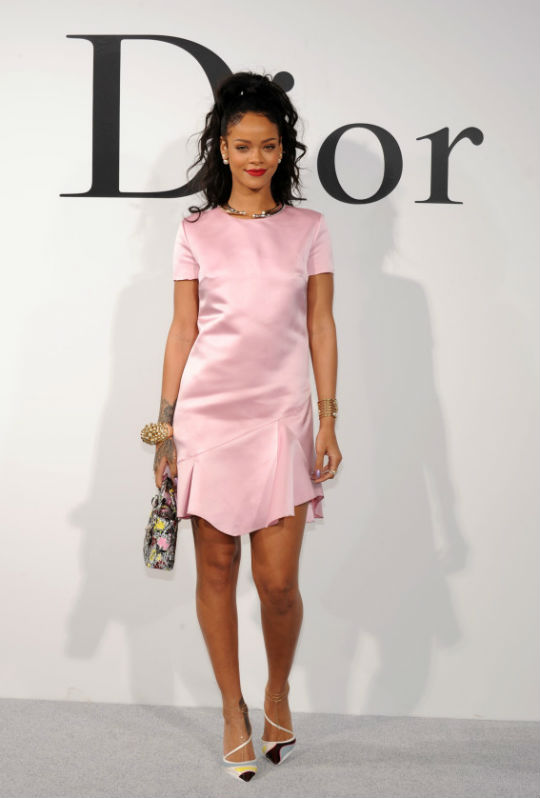 She’s one of the most beautiful and stylish ladies in pop, and that’s not gone unnoticed by Dior. On Friday they confirmed that they’ve signed her up to be the latest face of the brand. Not only that, she’s the first woman of colour to front a campaign with them. Speaking to MTV news, Rihanna said ‘“It feels fantastic. It is such a big deal for me, for my culture, for a lot of young girls of any colour. I think to be acknowledged by Dior means a lot, as a woman, to feel beautiful — to feel elegant and timeless.” We think she’s perfect for the job and given how well Rihanna’s worn Dior before, she’s bound to make it look incredible again in the upcoming campaign. 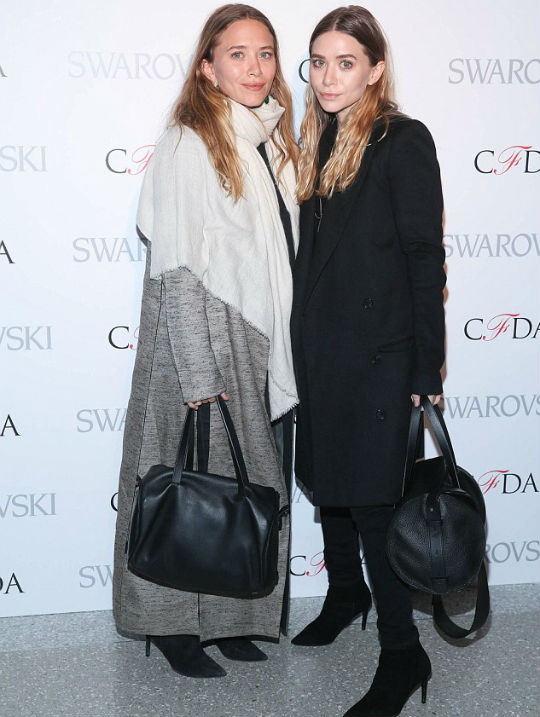 The CDFA’s annual fashion awards are upon us again and the nominees have been announced. Among them are Mary-Kate and Ashley’s hugely successful brand The Row, along with Michael Kors, Marc Jacobs and Alexander Wang. The council awarded the Lifetime Achievement honours to 72 year-old fashion legend Betsey Johnson. Interestingly, their Media award is being given to Instagram – proving just how huge of an effect the app has had on the fashion industry, making fashion more accessible and giving people a platform to develop and share their personal style. 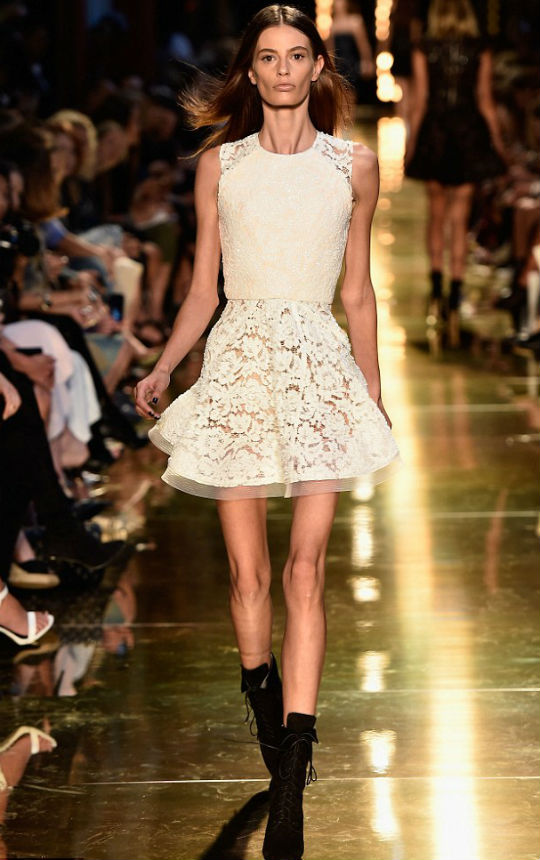 A new health legislation is about to be debated in French parliament, which could lead to a ban on dangerously thin models walking runways in France. A proposed law requires models to have a BMI of at least 18 (considered to be a healthy body weight). These rules are already in place in Italy, Spain and Israel – indicating that the days of extremely skinny models might be coming to an end. We’ve heard the horror stories of the ways models stay so thin and we think rules ensuring they are all healthy is a great step forward in an industry which has been criticised for its promotion of unhealthy body images. We hope Britain follows suit soon! 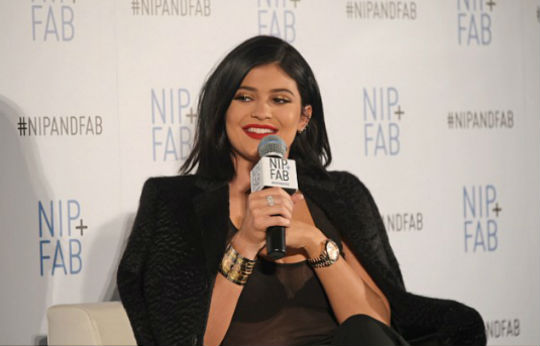 Love her or hate her, Kylie Jenner is having a huge impact on the fashion and beauty world (the MAC lip-liner she uses is sold out everywhere) and this week she was named the new ambassador for skincare brand Nip & Fab. On their website the company stated that the choice was “an absolute no-brainer” because she’s “cool, edgy, and an international beauty icon”. Kylie shared some of her beauty tips with the world in an interview with Nip & Fab, such as taking your make-up off before bed, and putting sunscreen on your hands – “you can tell somebody’s age by their hands”. She added that she “can’t live without” false eyelashes, and that to take a make-up look from day to night she just adds glitter!