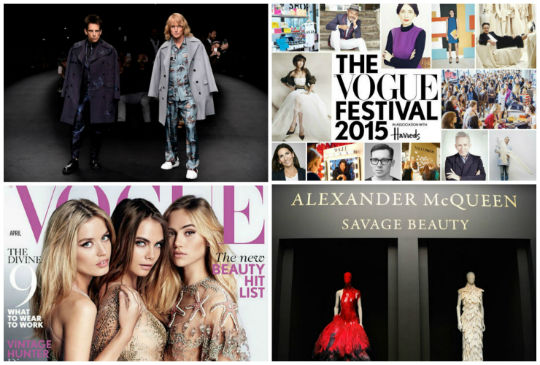 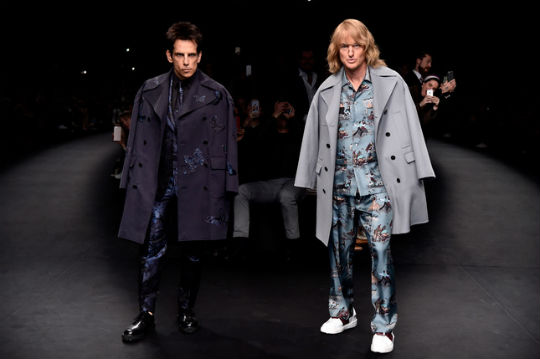 For those in the FROW at Valentino’s Show at Paris Fashion Week, the “walk-off” between actor duo Owen Wilson and Ben Stiller was quite unexpected. What was supposed to be the finale of the women’s’ Valentino show turned out to be extirely different. However, it was all in the name of the film industry, as Valentino’s catwalk became the set of Zoolander 2. Stiller, acting as Derek Zoolander, modelled a dark blue suit with embroidered butterflies whilst Wilson, acting as Hansel, modelled blue silk printed pyjamas and a tailored coat. The “walk-off” occurred on either side of a U-shaped catwalk. Stiller did not fail to disappoint when he pulled the notorious Blue Steel expression before grabbing an iPhone from an onlooker and performing a “selfie walk”. The onlooker was taking a Snapchat video at the time that Stiller swiped the phone. The video was featured on the Paris Fashion Week Snapchat Story. After all of the chaos, the Valentino show continued with the female models not displaying any sign that there had been any interruption in the shows usual line-up. 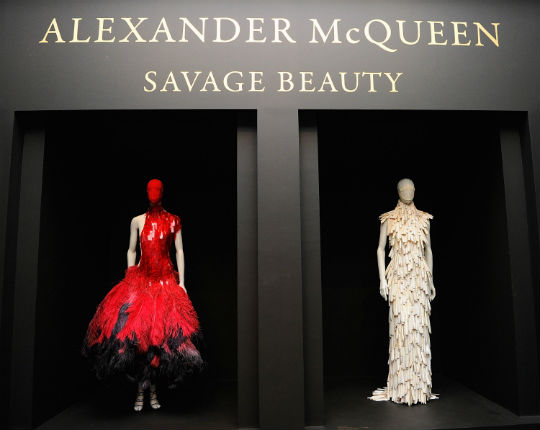 The famous arts museum, located in South Kensington London, has released a trailer for the highly anticipated exhibition on the late fashion designer, Alexander McQueen. The exhibition, which opens next week, has produced record breaking sales, with the museum having to release excess tickets and extend the exhibition by a further two weeks. The exhibition, named ‘Alexander McQueen: Savage Beauty’, will feature 200 retrospective pieces from a number of the British-born McQueen collections. The Metropolitan Musuem of Art originally hosted this exhibition, however there will be 30 more McQueen pieces featuring in the London version than in New York. If you want to visit this exhibition you might want to book tickets soon: I hear they are in short supply! 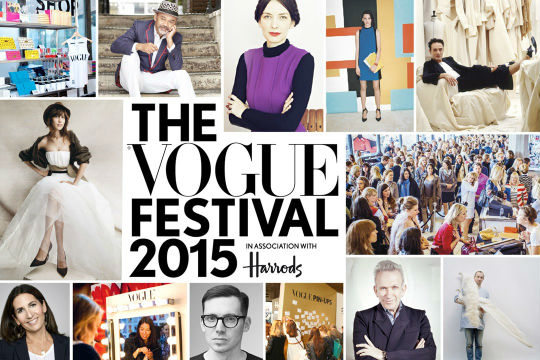 The Vogue festival is in its fourth year of running and is an opportunity for the public to hear from some of the biggest names in the fashion industry. Alongside talks from designers and models, professional master classes are held for individuals seeking a career in fashion. Designers featuring in this years’ extravaganza include John Galliano, Jean Paul Gautier and Christian Louboutin. Kate Upton, a model who has challenged the norm of size 6 models with her beautiful size 10 figure, will also be speaking at this years’ event. TV personality Alexa Chung is also said to be attending the Vogue affair. The festival will be running on the 25th-26th April at various famous landmarks around London. 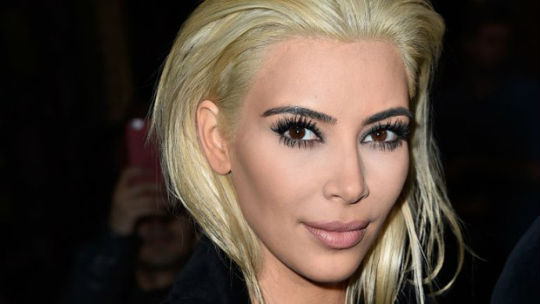 Reality TV personality Kim Kardashian has had a dramatic makeover in recent weeks. This week she debuted her new platinum blonde locks as she headed to her seat in the FROW for the Balmain A/W15 show. Her new look has received criticism as well as praise; on social media websites such as BuzzFeed, her new hair style has been satirically compared to that of Harry Potter villain Draco Malfoy. Kim Kardashian and her husband Kanye West were popular with the paparazzi whilst they attended a number of Paris Fashion week events. The couple were pictured leaving the Foundation Louis Vuitton Paris store, sparking rumours that Kanye West and the fashion powerhouse might be in talks for a future collaboration. 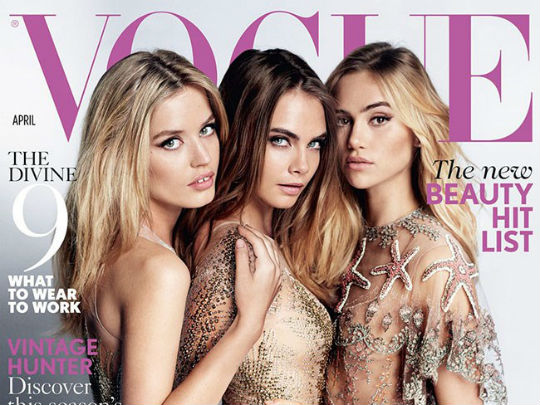 Three of the worlds’ hottest models have joined forces to model for the April edition of Vogue UK. Cara Delevingne and Suki Waterhouse have previously featured on the cover of the UK magazine, however it was Georgia May Jaggers’ first time. The spread, which was photographed by Mario Testino, shows the three British beauties comfortably posing in exquisitely embellished gowns as well as daring to reveal a bit more skin in lingerie. The three best friends describe how they met whilst being interviewed by Vogue and delve into how they have become such a close-knit group- I’ve got a feeling the April edition of Vogue is not to be missed!

Interview with NUDance On Autism