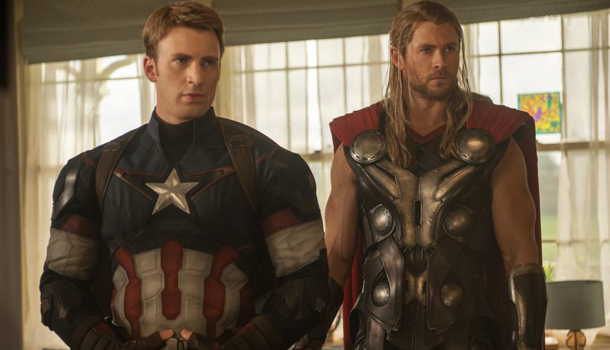 Marvel unleashed the epic final trailer for the eagerly awaited Avengers: Age of Ultron. Similar to the teaser, it begins with another menacing monologue from Ultron (James Spader), who threatens to rip the titular team asunder.

The cinematography looks thoroughly impressive and several scenes look like a comic book page in motion. The exhilarating footage is the epitome of action-packed, and contains more snippets of the manic adversary and his apparent allies Scarlet Witch (Elizabeth Olsen) and Quicksilver (Aaron Taylor-Johnson), the uncanny siblings, demonstrating their powers.

Earth’s Mightiest Heroes are not only on a collision course with Ultron and his horde of drones, but are at loggerheads with each other as well. Last but not least, it also includes the first images of Vision (Paul Bettany), the fan favorite android, whose look has been shrouded in secrecy until now.

Despite the unassailable destruction on display, there are still moments of humour, which was a prevalent quality of the original. A visual treat with fan service galore, this third and final trailer shows that the stakes have never been higher for the Avengers, who have seemingly met their match.

Avengers: Age of Ultron is out in UK cinemas on April 23rd.