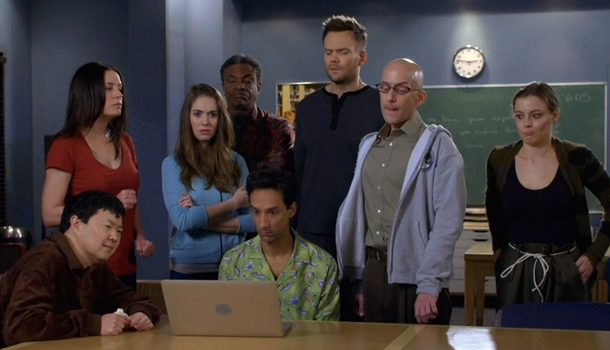 Yahoo! saved Community and are bringing it into a new ‘dean-mension’. Community’s life appeared to be over after the last season when NBC cancelled the series, but Yahoo! Screen has picked it up and is ready to bring the chaos of Greendale back around for another thirteen episodes.

Some things have Chang’d such as Shirley leaving, but they address that in this trailer, and in typical Community fashion make fun of it. However, it does appear as if Señor Chang is taking on a bigger role which will hopefully add a new dynamic to the group.

Judging from what we can see, this season will bring attacking masses of Frisbees, pillow fights, puns and a whole heap of roleplaying! Community is such a diverse programme that this trailer does not even show the insanity that has made it such an internet hit. Also the trailer deserves extra respect for the Avengers: Age of Ultron-inspired theme, which just adds to the absurdity. #SixSeasonsAndAMovie is the Twitter hashtag bouncing around to keep Community thriving, and this trailer and new season may just be the beginning of a great revival.