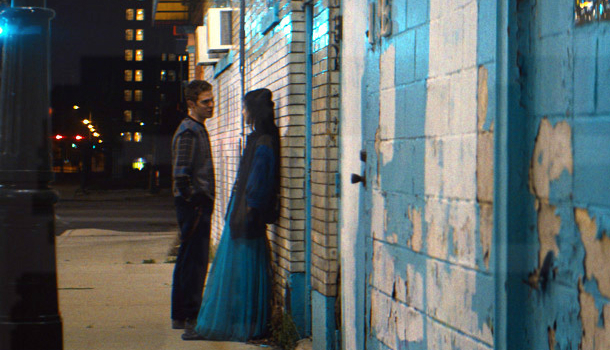 If you’ve heard of Lost River, then you probably have heard not to go see it. Ryan Gosling’s directorial debut has been the subject of much ridicule and barely-concealed smirks, and was booed by everyone at the Cannes Film Festival. The streams of one star reviews came flooding in soon after, followed shortly by the humiliating ordeal of Universal trying to sell off the rights to the film within days, resulting in a cinematic release in just two US cities. Yet, if you were to bother digging it out from video-on-demand services, where Lost River saw its only wide release, you’d discover it’s nowhere near as bad as you’ve heard.

Lost River is set in Detroit, an object of much obsession for the Canadian director, but really occupies something of a dreamlike visage of urban decay. Old neighbourhoods are literally submerged beneath the water, and its remaining families are subjected to various means of theft and debasement. Billy (Christina Hendrix) and son Bones (Ian De Caestecker) go their separate ways in order to raise the money for a three-month debt which threatens the imminent destruction of their home.

Unfortunately, that’s as far as the plot goes. There’s barely a resolution, and most of the film plays as a series of moments that are both powerful and dynamic solely for their visual impact, for the narrative barely exists and neither do the characters. We empathise with their struggle as we would any person in their situation, and not because we actually know or like them.

But Gosling demonstrably doesn’t care to make the kind of movie with a storyline, he wants to capture a mood and a moment and commit to screen many a striking allegory, and succeeds in his quest. This doesn’t make for the most satisfying experience, but Lost River is never boring and more often than not, the scenes are boldly manifested. There have been claims that it’s nothing more than style over substance but that’s not the case. If anything, Gosling’s commentary on urban decay and the facets of its disintegration are too unsubtle, but it’s clear that something is being said here between the pretty pictures. 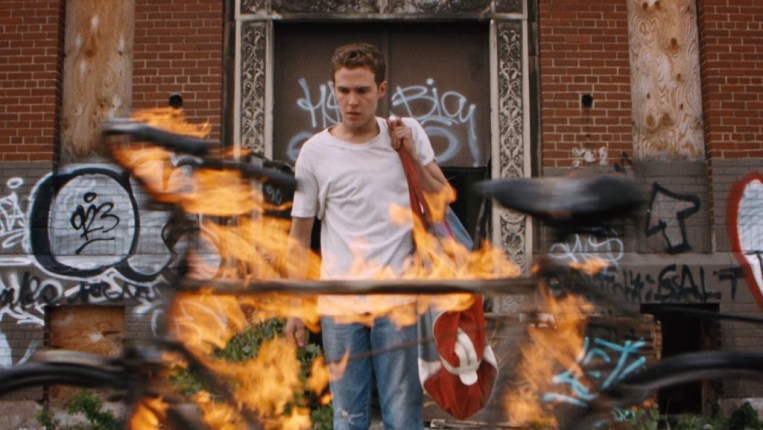 What Gosling seems to miss, however, is a regard for emotions beside memorability. The traumas these people are put through would mean twice as much had some of the dream-like quality of Lost River been diluted with scenes that developed the characters, which would have filled in their backstories and aspirations. Mother and son, Bones and Billy, barely share a scene for example, which is surely a misstep for a family drama. If they had had an established connection, then the many striking moments that occur throughout the film would punch twice as hard. It’s true, it would have been harder to maintain the reverie mood should such scenes of everyday life and conversation have existed, but a more convincing work would have included them. It may have also evened out some very noticeable pacing issues. Balancing the abstract and a strong narrative is difficult, and that’s likely why such a misbalance exists here. But it’s worth striving for, as that’s really all that holds this film back.

One of the main complaints of many is that Gosling didn’t so much as wear his influences on his sleeves but rob the shirts off their backs, and indeed, the impact of mentors Nicolas Winding-Refn and David Lynch on the filmmaker is quite evident. The gorgeous frames in the film, however, can all be attributed to Gosling. Gaspar Noe’s preferred cinematographer, Benoit Debie, imbues the club scenes with neon prettiness and indeed, they are pulled into a cohesive whole. The film does not cut from Lynch-ian monotone to Refn’s slow zoom garishness, as Gosling’s through-line pervades, and we are also spared Refn’s penchant for gore. 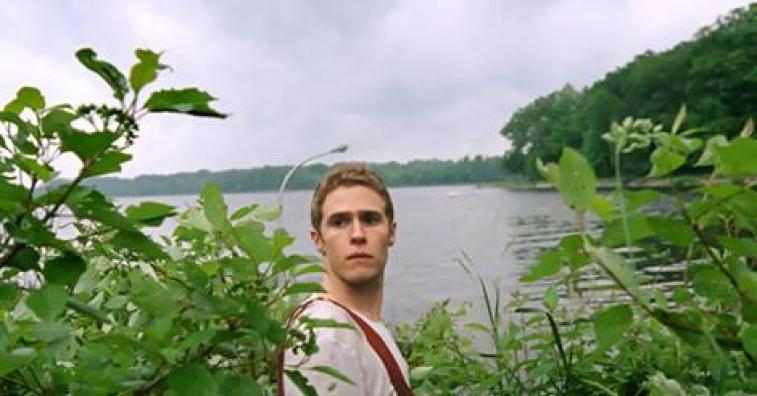 Another credit to Gosling as a new director is that he can certainly get the most from his actors. Since their bodies are largely props that exist amongst his cinematic tableauxs, he was lucky to have snagged actors who could express so much with so little. Christina Hendrix is magnetic as Billy, although she often has little more to work with than angst. It is the villains that steal the show though; Matt Smith is fantastic as inventively named thug Bully, and having him ruling the roost and urging Billy to ‘look at my muscles!’ with a lisp and a disco ball bomber jacket makes the character enthrallingly surreal.

Lost River is as difficult to handle as the dreamlike world it conveys – frustrating in parts, mostly directionless, but filled with potential and plenty of interesting ideas. Any doubts of sincerity on the part of Gosling seem completely unfounded. Perhaps he does borrow a little too liberally from his influences, but he also strives for authenticity. It’s a modern fairy-tale, with a depleted city in the place of a crooked forest. Lost River isn’t the first film to do it, but it is the most committed to the idea, and Gosling is clearly entranced by the concept. He is said to be eager to start his next project, and in his debut movie, he did a great job in building such a world and making it feel real in every moment. Hopefully next time he’ll come up with an actual story to take place in it.