They say there’s nothing quite like a road trip to cement a friendship; something that rings entirely true for Ivan de Quercize, Mathieu Bernard and Rodolphe Strauss, also known as The Sharing Bros. After parting ways for a few years, the three childhood friends reunited last July over their ‘crush on the collaborative economy’. The team set out on a journey, moving from the comforts of an old classmate’s sofa in Vancouver to the houses of welcoming strangers, backseats of rotten pick-up trucks and even a Central American fire station, before landing on the sandy shores of Rio de Janeiro. They hitchhiked, couch-surfed and talked their way across two continents in seven months. However, the talking for these boys is not quite over yet – Impact Travel asks them to share their experiences.

So, Sharing Bros, when did you first decide you wanted to go on this trip? What inspired you to go?

Ivan: It all started last September. Roro and I were couchsurfing in Chile and Uganda while Mathieu was renting out a place in Amsterdam with Airbnb. That’s when it hit us. It was all so wonderfully weird: where we were staying was so authentic, so homey despite being so far from home. We later discovered that these were but two of a far greater movement: the collaborative economy. We were struck by the great energy across the collaborative space, by all these new and alternative ideas, but what really caught our attention were the people behind it. In the media, it was all about big figures and the money these companies were raking in. For us, it wasn’t about that. It was about Sacdrac, Conrad and Sterre– those who had welcomed us as strangers into their homes. We started wondering about the stories behind the actors that drive the collaborative space. Who are they? Are they idealists? Champagne socialists? Hipsters? What drives them? Who and what fuels all that sharing?

What would you say was the most challenging aspect of the journey?

Roro:  The most challenging part was probably living together 24/7 for seven months straight. It was a bit like being married to two sweaty (but extremely nice) men, whilst learning how to work in a petrol station, in a mall, in a ditch somewhere in Panama or at a co-working space in San Francisco. However it ended up being one of the most enriching parts of the adventure; you learn a lot about yourself and others in those conditions. It was hard for us at first because we’re dudes, so telling each other our feelings doesn’t come naturally. We were working under pressure making videos, so it was easy for tensions to build. That’s why we came up with “The Candle” ritual. Every other week, we’d go for a meal during which, one after the other, we’d grab a ketchup bottle and tell the others what was on our minds. We got better and better at it and now we don’t even need candles, we just say things as they come and deal with them directly. And what was the funniest part of your trip, aside from confessing into a ketchup bottle?

Mat: The road. Being only allowed to travel ‘through people’ makes for a completely absurd and equally great adventure. In Central America, one night we’d sleep at some rich American expat’s hidden mansion and the next in an empty rotten container on the side of the road. We got to spend the night at a casino with our main man Jorge, a truck driver who took us across the Atacama desert, we couchsurfed at Casey Fenton’s place in San Francisco (co-founder of Couchsurfing) and we went on a three-day road trip across the Baja California with a slightly crazy former MMA-fighter to swim with whale sharks. The stories are endless! 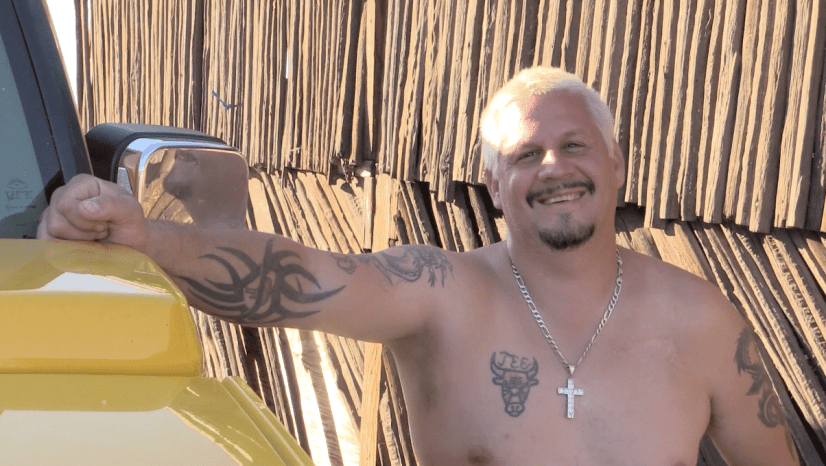 What did you learn about the countries you visited by travelling in this way?

Ivan:  When you share a ride or hitchhike your way across a continent, you always end up meeting someone new. We crossed paths with a lorry driver from Guatemala who learnt how to speak English listening to folk music, a 65 year old trance music fanatic and an Argentinean James Dean trapped in Danny DeVito’s body. When you travel like this, you have all the time in the world to talk and get to know each other. As far as accommodation is concerned, it can be very challenging but by welcoming someone into your personal space you get to know them better. I’d also say that only being able to sleep at people’s places was very restrictive and often awkward when night fell and we still had no place to stay. But being this vulnerable seems to catalyse people’s generosity. One night in Northern Colombia, it was pouring with rain and we had nowhere to sleep. It was around 10pm. We were desperately running around trying to find shelter for the night, but nothing. That was until we met Kelly, who was working at her mother’s restaurant. Not only did she offer us her bed for the night (running the risk of being beaten by her boyfriend if we were heard by the neighbours), she also cooked us dinner and breakfast the next day. 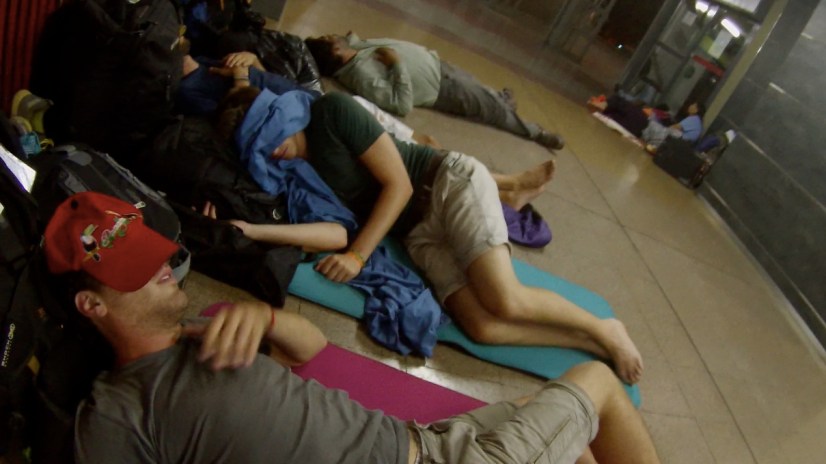 What would you say was your highlight of the trip? Was there any place on your trip which completely took you by surprise?

Mat: One of the collaborative initiatives which struck us was Laboriosa89 in São Paulo. It’s a community house open to anyone, where everyone is co-responsible. In other words, you could go there tomorrow, take a key, make a copy and come and go as you please without paying. The only rule is that whatever you do cannot jeopardise the existence of the whole. Madness. The whole system is based on people’s generosity and how they value the use they make of the house. The day people lose interest in the house and stop contributing to keep it alive, it will collapse. So far, it’s been working like a charm and there haven’t even been any theft or security complaints. At first we thought it was a joke until we saw it with our own eyes. No one is responsible, there is no hierarchy whatsoever but it works. It was pretty powerful to see that what seems impossible becomes possible when enough people believe it can happen. 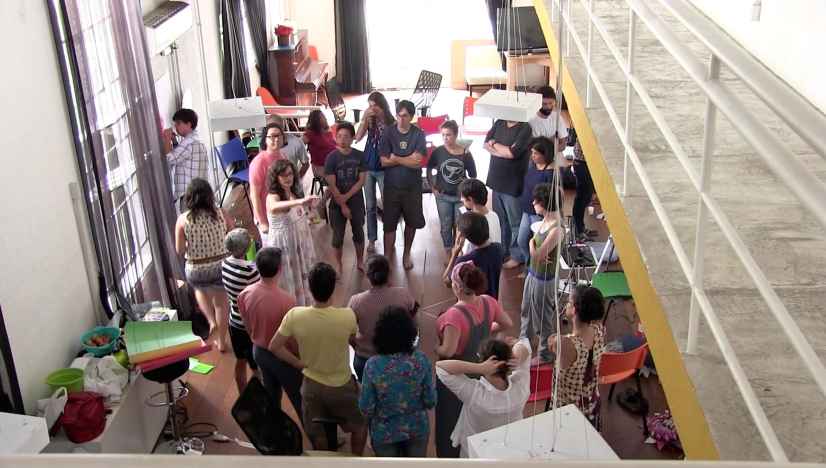 Why is it so important to travel using alternative methods of travel such as the collaborative economy?

Ivan: It is only important if you want it to be. It’s an opportunity for people to save money, travel differently, and in certain cases limit your carbon footprints. We don’t believe it is a must-do, nor is it a direct substitute to traditional ways of travelling. It does however open so many doors. Nightswapping, for example, enables you to earn points by hosting people, which you can then use when travelling yourself, reducing your trip costs by up to 60%.

Would you recommend the experience to other people?

Roro: Of course! Just beware that you have to be flexible. These sharing platforms aren’t everywhere, because some people don’t have Internet connection or they don’t use it to get in touch with one another. This means that if you arrive in Mendoza, for example, around 11pm after a long day of hitchhiking, sleeping at the bus station might be your best (and only) option. However, it was an incredible experience and the adventure of a lifetime. We have never learnt so much on a trip.

Thank you guys. So, what’s next for the Sharing Bros? Do you have any idea about what you’ll be doing in the future?

Mat: It’s hard to tell for the time being. We want it to finish this project properly before planning anything else. We’re currently reaching out to production companies about a potential documentary, writing articles and giving conferences here and there. Our final intervention will be at the OuiShare Fest towards the end of May, after which we’ll take a bit of time off to try and digest the whole experience and reflect on the next steps. We might build a barn outside La Paz to raise lamas and produce yogurts, get jobs in a big corporation or set-up our own FinTech start-up… Who knows!

Interested in the collaborative economy scene? Find out more about the global phenomenon and what The Sharing Bros got up to here:

Images courtesy of The Sharing Bros.