Disneyland at half the price and twice the educational value, Prague’s architecture and culture has withstood the test of time, resulting in its immense popularity. Formerly known as Bayonheim, Prague was founded in 1306 BC. Today tourists swarm the cobbled streets of Prague. In fact, Euromonitor International rank it is as the fifth most visited city in Europe. Thus, do not be surprised to find its city centres crowded, and the best hotels booked in advance.

Walking along the streets of Prague alone is enough to transport one back to 20th century Europe with notable Baroque architecture and quaint lanes. Listed as a UNESCO World heritage site, Prague is home to many famous attractions that survived their time- most notably, the Prague Astronomical clock. Despite some considering it to be one of the most overrated attractions in the world, it still manages to attract a gathering of tourists every hour, waiting to capture the mechanical procession of the 12 apostles passing by the window above the astronomical dial. It is one of the oldest clocks in the world, created more than 600 years ago. 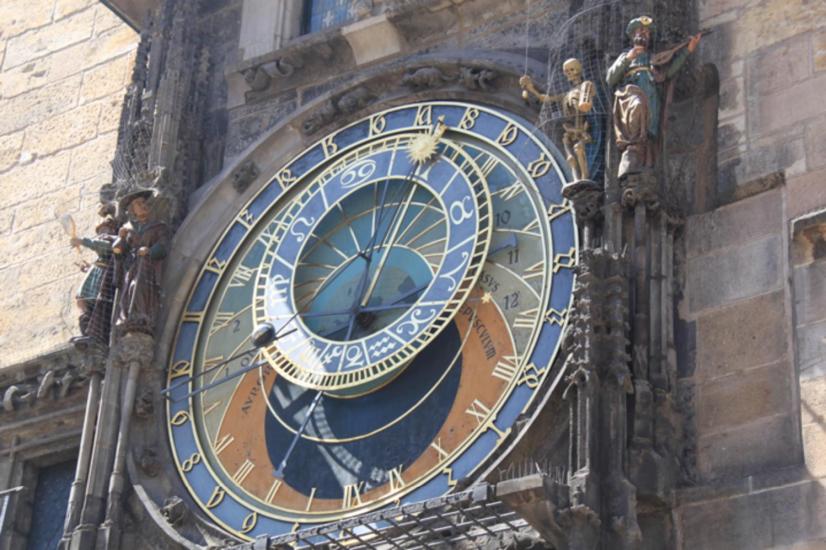 For those who would rather not spend time waiting for this clock to strike the hour, Prague’s Old town square is the epi-centre for many of Prague’s other attractions. Other than the classic tower of the Town hall that houses the astronomical clock, the dominant feature of Old Town is the Church of Our Lady before Týn. A classic symbol of Prague’s gothic style, the building is unmissable with its dominant twin spires in the background. The two spires are not symmetrical however- a feature said to represent the masculine and feminine sides of the world. Some believe that the church gave Walt Disney inspiration for the castle in Sleeping Beauty, as it transforms the entire landscape of old Prague into a seemingly fairy-tale like setting.

Undoubtedly one of the top places for a cultural vacation, Prague houses the largest ancient castle in the world, Pražský Hrad. The sprawling complex is complete with royal residences, botanical gardens, churches and numerous alleyways. Its mammoth size meant that it functioned as an almost micro-city, with shops and restaurants within the castle walls. Tourists often find themselves wandering through the castle, snapping scenic views of the city and exploring chapels that hearken back to the days of old. 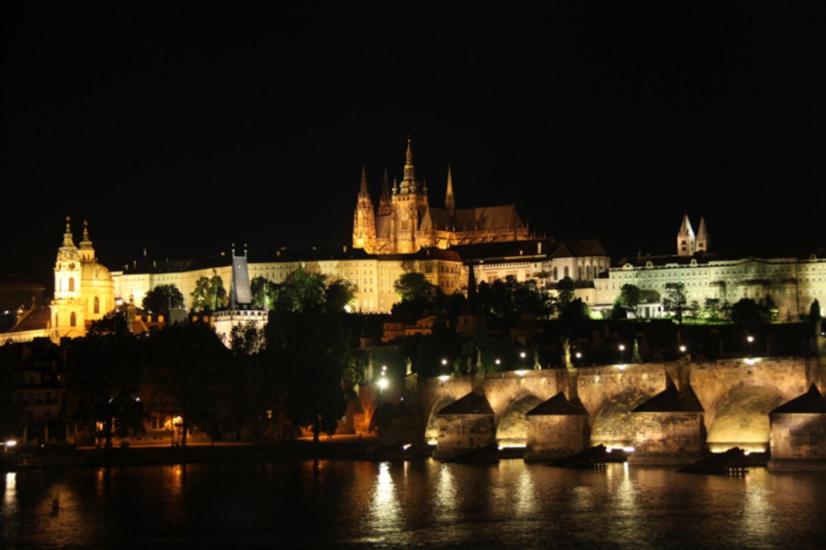 Czech cuisine is great- not only because of their friendly student-budget prices but also because of their delicious local cuisine. This draws heavily from nearby Germany, Poland and Hungary. One can visit little street vendors peppered in the Old Town serving everything from succulent roasted piglets to the traditional Trdelnik. This is a round pastry made by wrapping rolled dough around a buttered wooden stick which is then baked over an open fire. Topped with sugar before serving, it is a great accompaniment to your morning coffee.

Another dish typical of Prague is Vepo-knedlo-zelo also known as roast pork (vepová) with bread dumplings (knedlíky) and stewed cabbage. For those looking at more upscale dining however, one famous restaurant in the city is Restaurant Peklo. A popular haunt from King Charles IV up to Hollywood’s golden couple Brad Pitt and Angeline Jolie, Restaurant Peklo has satisfied scores of happy customers with delicious food and unique ambiance. Food is served in a 700 year old cave made by the monks of the Strahov monastery which served as a wine cellar in the past. You will not regret ordering their popular Roast duck with Bread dumplings and honey cabbage along with a pairing of the most divine blueberry beer! 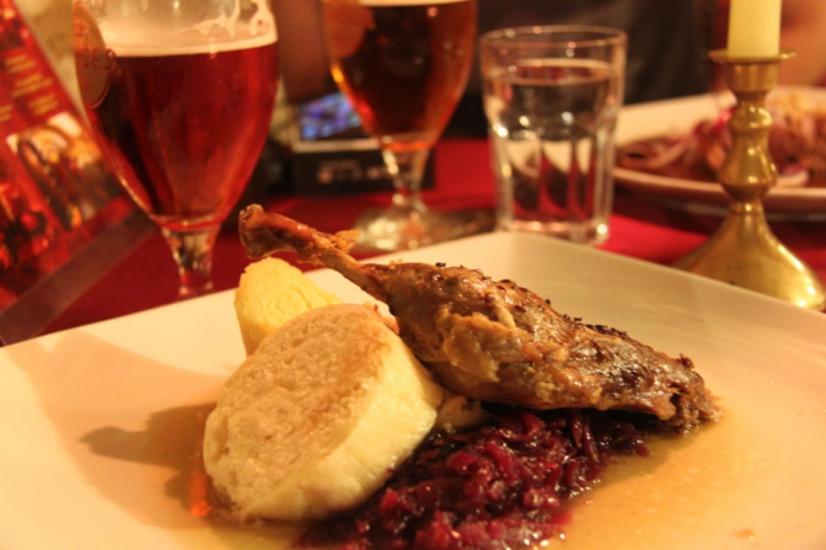 Prague is fiercely proud of the Czech language. It is clear that the country strives to preserve their language by keeping all their signposts, information boards and descriptions largely in Czech. This of course means that the country is not easy to navigate and using public transport is an especially challenging task. Local transport police can implement a harsh punishment of a fine of 35 pounds, which would leave any tourist with a bad taste in their mouth. Nonetheless, Prague is a highly walkable city, so bring along your best pair of comfortable shoes and a handy database of basic Czech words.

Magic is abound in this old city. Take a stroll along the river, or even rent a pedal boat and coast along the Vltava river at sunset and you might see the glowing lights of the castle reminiscent of fairy dust settling upon one of Europe’s most beautiful and fantastical cities. 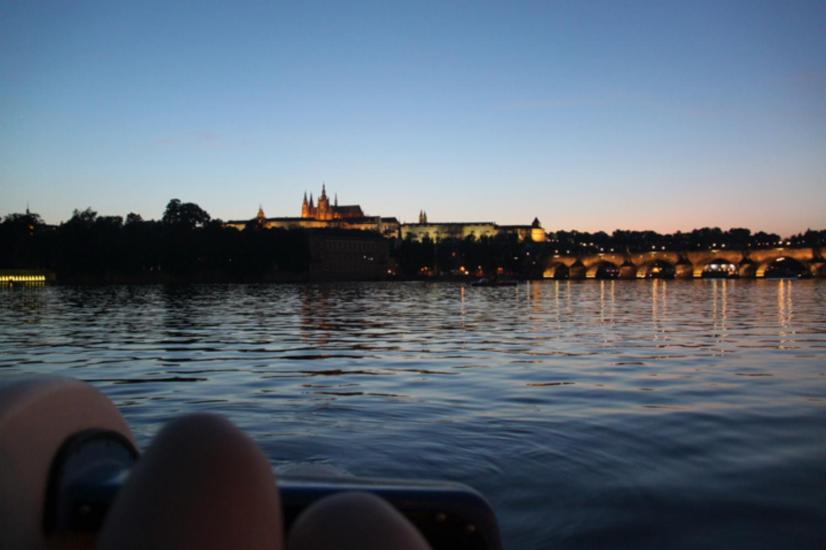