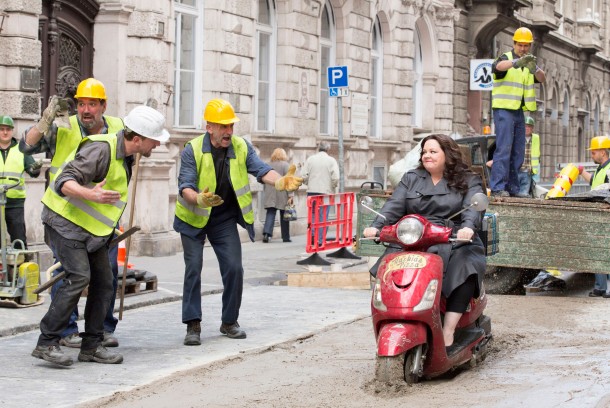 Spy is a superb comedy that ticks all the right boxes. It is self-aware, memorable, and is packed full of brilliantly hilarious characters with even funnier lines of dialogue.

A desk-bound CIA analyst goes undercover to infiltrate the world of a deadly arms dealer and prevent a global disaster. This is as cliché and routine as most spy films. Yet, the plot is neither the main draw nor even Spy’s focus. Halfway through the film I even forget there was a bomb to find. 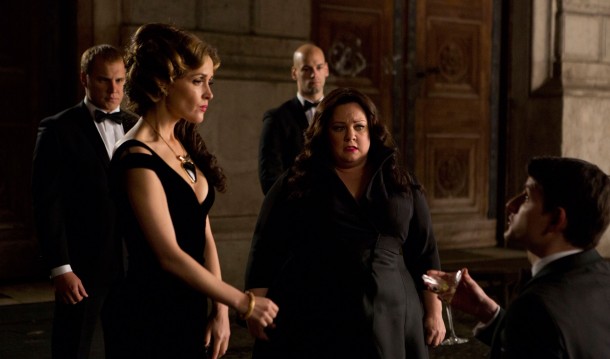 For those that enjoyed the parody style comedy of the 21 Jump Street films, Spy, as suggested in the title, attacks the clichés of the spy genre. Melissa McCarthy plays Susan Cooper, one of the most unlikely secret agents since Jackie Chan in The Tuxedo.

Going into Spy I was sceptical of McCarthy’s ability to lead a film. Her first attempt at this, Tammy, was a critical and financial flop. This is because her aggressive style of comedy lends itself perfectly to a supporting role, hence why she was so well received in both Bridesmaids and The Heat. She is very much the Hulk of comedy.

“McCarthy is very much the Hulk of comedy”

However, in Spy McCarthy starts as a far more tame and relatable character. She certainly has her outbursts of aggression, but these are so unexpected from the character McCarthy is playing that laughing can simply not be helped. It would be understandable to think that having the main protagonist being relatively tame for the majority of the film would lead to a fairly dull comedy. This tameness though elevates Mcarthy’s outbursts to a higher level of comedy but when this is not happening the superb supporting cast delivers that humour. The ensemble of Miranda Hart, Rose Bryne, Peter Serafinowicz, Allison Janey and Jason Statham have their own unique humour that keeps everything fresh and it is clear that each one is having a great time doing so.

Jason Statham is by far the standout. Built up as one of the agency’s best agents, his outlandish boasts of how hardcore he is are perhaps the most outlandish claims ever made with a straight face. Combine the fact that Statham is usually seen to portray characters that are forces to be reckoned with and this makes for a highly entertaining character that is a parody of itself. 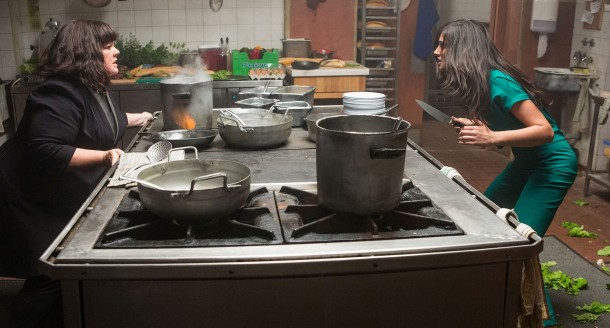 The one character that lets an otherwise faultless comedy down is Jude Law as top agent Bradley Fine. Even beyond his terrible attempt at an American accent, he is the only one that does not seem to be enjoying himself, delivering each line with lacklustre conviction. Whereas Statham seems to thrive a parodying himself, Law plays the cliché James Bond type character with none of the actor’s natural charm. That being said Jude Law is not the main focus of the film so his lack of enthusiasm is not onscreen long enough to affect the overall film too much.

The simple verdict; Spy is very, very, very funny. It is nothing new by any means and still has plenty of clichés. Yet the outstanding laugh out loud comedy that is sprinkled throughout the first act, that then hits hard throughout the second and third, makes Spy well worth an evening out to the movie theatre.