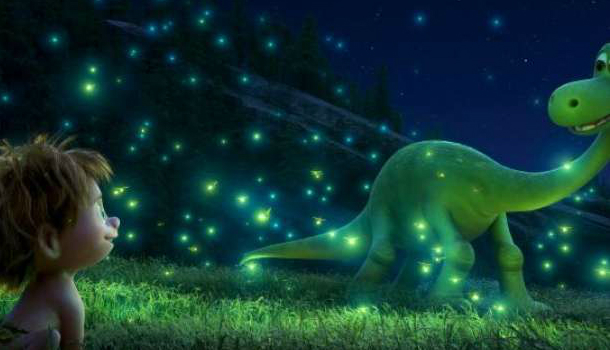 Pixar’s latest film, the much-anticipated Inside Out, has just been released in UK cinemas. However, Hollywood moves fast, and we’ve already got a new trailer for their next effort – The Good Dinosaur. There’s much to enjoy from this prehistoric angle. So, here are 5 reasons to get excited all over again!

After the huge success of Jurassic World, it’s fair to say most of us are hungry for some more dinosaurs on the big screen, and this time it’ll be nice to see them in a different, non-destructive light. 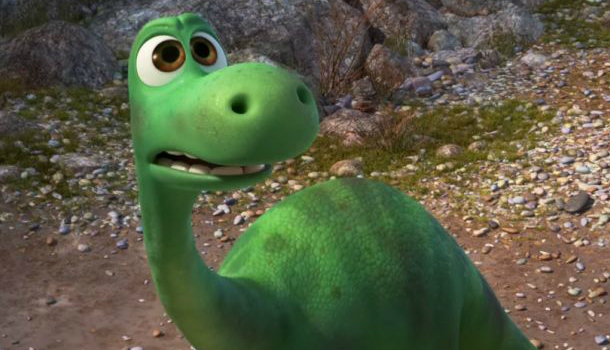 2. It’s the second Pixar film of the year!

Since Pixar released their first film, Toy Story, in 1995 they have been very consistent with the amount of time between films (around 1-3 years). However, more recently, films have been released every year, with the exception of 2014. Could this be the reason behind the double outing? Who cares, we get two Pixar films in one year!

True, there’s not much dialogue in the trailer – but it doesn’t need it, (look at WALL·E). There are some magical moments, such as Arlo the dinosaur’s tail swirling through the grass, filling the air with fireflies.

For many, Pixar’s pre-opening short films are just as good as the main theatrical. With The Good Dinosaur comes Sanjay’s Super Team, which has been described as “an Ancient Hindu version of The Avengers”.

Up, Monsters Inc. and Wall-e are all great examples of Pixar doing buddy films the right way. This time it’s a caveboy and a dinosaur, and it looks set to be a fantastic addition to the Pixar collection.