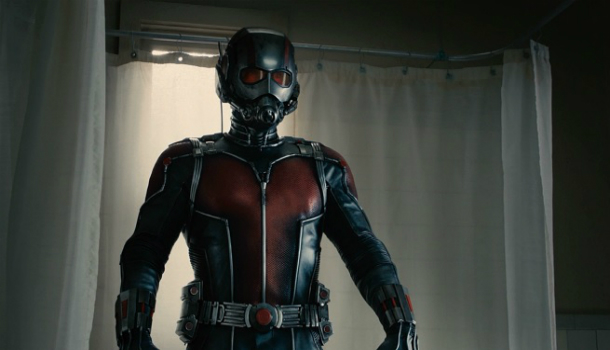 The latest installment in the massive Marvel Cinematic Universe (MCU) introduces its smallest character yet, Ant-Man. But does it continue Marvel’s (mostly) successful track record or is their smallest hero their biggest mistake?

Ant-Man’s development was far from easy. Having been juggled between various filmmakers including Edgar Wright and finally getting rewrites by Paul Rudd and Adam McKay, it is a surprise that it saw release at such a fitting time within the MCU. Ant-Man’s jokes are clearly the vision of various comedians with different styles but this is by no means a bad thing. There seems to be a joke for everyone with Edgar Wright’s occasional strange British humour managing to squeeze through. Although Paul Rudd’s delivery (as Scott Lang/Ant-Man) is as good as we’ve come to expect from him, it is Michael Pena’s dim sidekick that delivers some of the best jokes in the movie. An actor not always known for playing the funny guy, it was a nice surprise that his appearances would always conjure a smile or a laugh. It was clear from the moment Ant-Man was announced that it would primarily be a comedy and with a character whose name and power is hard to take seriously this was a good move from Marvel Studios. It was also nice to have a more grounded, light-hearted superhero movie following up the darker and busier Age of Ultron. 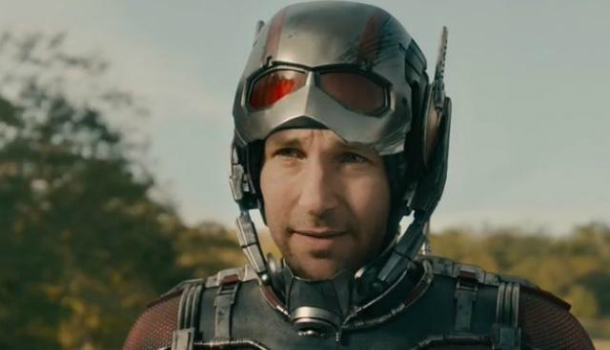 The comedic side of Ant-Man was a success, from the conversations between its characters to the size shifting action sequences, it constantly reminded you that you were watching a film about an unproved and (frankly) ridiculous hero in a world inhabited by larger than life superheroes. Ant-Man regularly makes digs at its own subject matter whilst also addressing the fact that he probably isn’t as “cool” as the other heroes in the MCU. The film very much plays out to prove the viewer and, in a way, itself wrong. By the end-credits, it felt Ant-Man was as integrated into the MCU as Iron Man or any of the other Avengers who have had multiple outings.

Ant-Man finds his ties to the overall Marvel Universe by the end of the film, though it does not happen at the expense of its story telling. As I said earlier, the film is very grounded: there are no alternate realities, infinity stones, space battles, levelling of cities, etc, just a small time crook becoming an even smaller superhero. The downsizing of the main character and villain allows for its set pieces to become huge in scale without needing to create the massive destruction that we’ve come to expect from superhero films. Where as Avengers Assemble destroyed the majority of New York and Age of Ultron completely destroyed an city, Ant-Man finds its large-scale destruction on a Thomas the Tank Engine train set. There is plenty to see here for those used to the large set pieces that Marvel has offered so far. 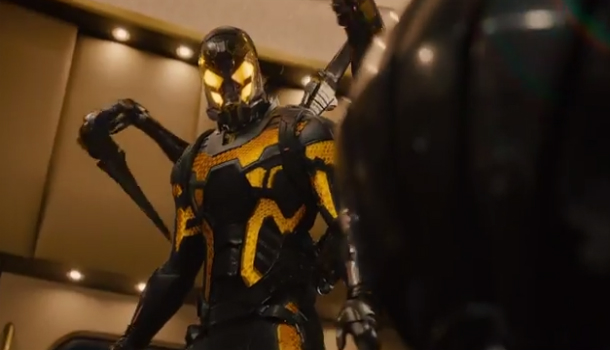 However the downscaling of the films characters and settings also, sadly, seemed to downscale the stakes. There was a lot to lose for the heroes and earth as a whole but it never felt as grand as it should have. This could be due to the simplicity of the film’s villain. In a universe where we are used to enemies such as Thor’s Loki and Age of Ultron’s Ultron, Ant-Man’s Yellow Jacket (Corey Stoll) seemed to be one of Marvel’s more forgettable villains. Although impressive in appearance, he never had the depth of a villain that made us really feel the danger that the protagonist was in. In fact the most enjoyable battle was between Ant-Man and a surprise cameo from an Avenger.

Ant-Man is Marvel’s biggest gamble to date. Treading new ground in basically every area, it seemed Marvel might have just pushed its luck a little too far. However, I was pleasantly surprised to see that downsizing was by no means a bad thing and in most areas was in fact a good choice. Ant-Man ­is a simple action comedy filled with serious moments of wonder whilst also tying itself in to one of the most larger-than-life cinematic universes out there. Marvel’s smallest hero may well be their most likeable character brought to screen yet.