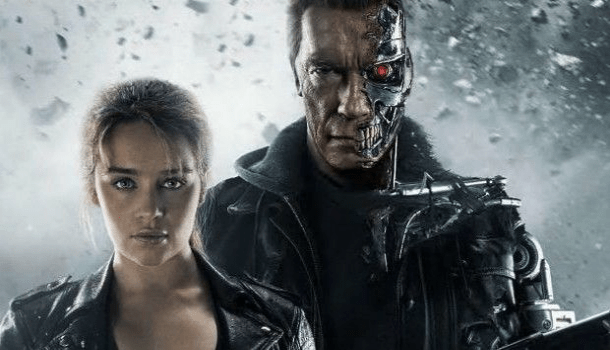 The original terminator films are pop culture icons. With Arnold Schwarzenegger as the no-nonsense, gun wielding metal man from the future, his famous lines ‘I’ll be back’ and ‘hasta la vista baby’ have been parodied and referenced hundreds of times over the years. But Terminator: Salvation was a flop, with ‘CGI Arnie’ and the flat plot just not meeting the franchises greatness. Now, he’s back, with Terminator: Genisys rebooting the franchise for a new generation.

In the original Terminator movie, we saw Kyle Reese (Micheal Biehn) return to save Sarah Connor (Linda Hamilton) from a Terminator because her unborn son, John Connor, was destined to save the human race from the machines. Spoiler alert: He succeeds, and in the process, fathers John. Terminator: Genysis begins with this sending back of both the original terminator (a CGI rendering of younger Arnold) and Kyle Reece (now Jai Courtney). But the Sarah Conner that Reece is no longer the scared, weak waitress he was expecting. Now played by Emilia Clarke, Sarah Conner has been raised and thoroughly trained by Arnie’s older terminator, and spends more time rescuing Reece than he does her. 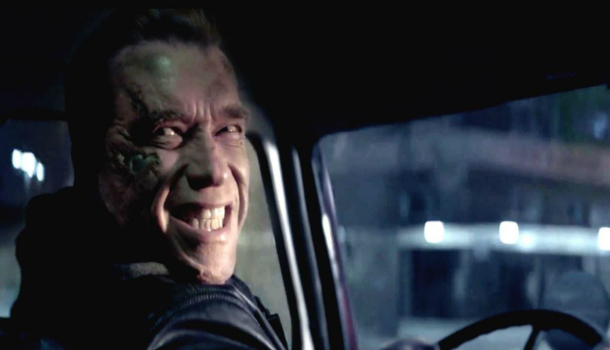 Genisys is very clever with its use of time travel, perhaps using the concept to a fuller extent than any of it predecessors. This does mean that you cannot switch off at any point during the film, though at the same time, you don’t need a PhD to follow the plot. It is complicated but not to an extent that confuses the masses.

The cast is an incredibly strong one. Kyle Reese is nothing incredible, but he is still an engaging lead and helps support the two standouts of the film: Arnie and Emilia. Not only are these two fantastic throughout, with Clarke’s complex take on a character haunted by her destiny and her knowledge of the future. Arnie is also in his element, proving he, and his character, are ‘old but not obsolete’.

Perhaps the major issue that I felt Genisys suffered from was an overly long runtime. At just over two hours, there are a number of moments where the pacing slows down considerably. However, with the hope that this reboot will be the beginning of a new trilogy, this movie does serve as the setup for the franchise’s continuation, and so the characters need more depth and development arcs need to be set up.

I’m sure many of you will have heard a lot of negative criticism for Terminator: Genisys. However, having watched the film, I did question what was truly that wrong. Though perhaps a little long, Genisys delivers exactly what you want from a terminator film: robot men destroying things on an epic scale, a decent plot with a time travel twist and Arnold Schwarzenegger proving that, even at 67, he can still be a complete bad-ass. Genisys shines by taking everything we know about the terminator franchise and turning it on its head, giving us an exciting and refreshing look at a classic franchise.