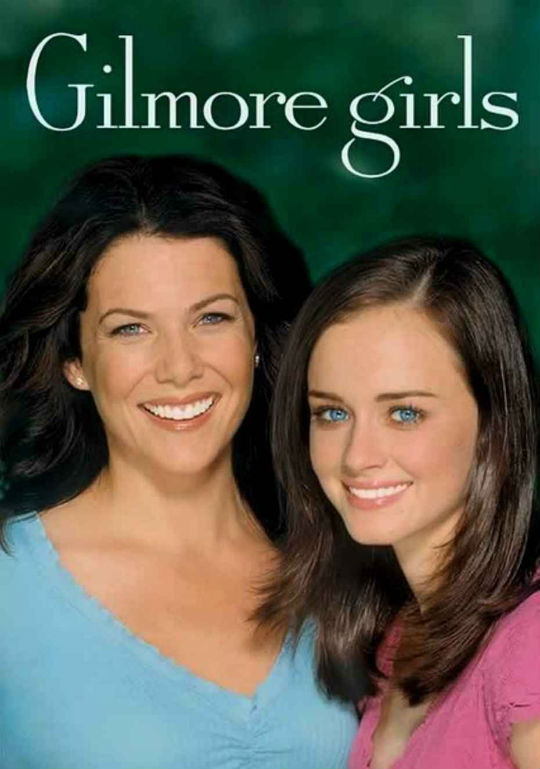 It seems impossible to not love the fun loving, not giving a damn about what other people think way, Lorelai Gilmore dresses – Band t-shirts? Yes. Glitter? Yes. Mini skirts? Definitely yes!! I have recently been re-watching the entire series and it got me rummaging through mine and my mum’s past of 00s closet – some true gems have appeared and are now re-established favourites (velvet crop top with grey carrot trousers? A clear yes.) And if Rory has taught as anything in addition it is that there is no difference between a summer and a winter wardrobe as long as you have a plentiful supply of woolly tights and scarves and that white after Labour Day is the way forward. And as an added plus – Suki (played by the back then as brilliant as now Melissa McCarthy) has chef’s coats so fabulous they don’t need to be restricted to the kitchen. 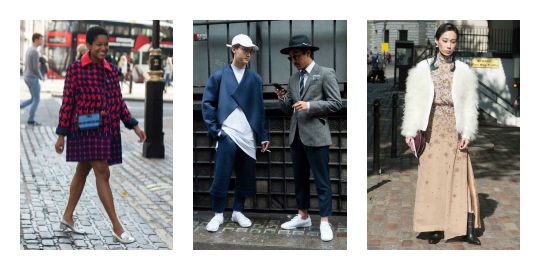 Paris has Couture, Milan has craftmanship, New York has cosmopolitan and London has edginess. I love London Fashion Week not just because of the sheer mass of amazingly talented designers – established or not – but mainly because of the streetstyle. London, by nature, is a stylish city – a city that knows no boundaries to what is accepted as an outfit, where noone bats an eyelid if you rock up with a fascinator – it is only natural that everyone goes all out for fashion week. These snaps from true street stylers are inspiration enough.

Iris Apfel has been one of my role models and favourite fashion icon for years now – so naturally I loved ‘Iris’ – a documentary just about that fascinating and incredibly stylish woman. If you haven’t had the chance to see it yet: it is a must! Fashion should be all about fun, about experimenting and about finding and expressing all the facets that are part of your personality. There are no rules in fashion and if there are, they are meant to be broken. Iris embodies this philosophy more than anyone I know or know of. She doesn’t limit her shopping to designer shops or department store, she doesn’t even limit it to clothing stores – she shops wherever she feels like it and lets her taste and gut decide. She taught me to keep my eyes open because you never know whether your new favourite necklace might come from. 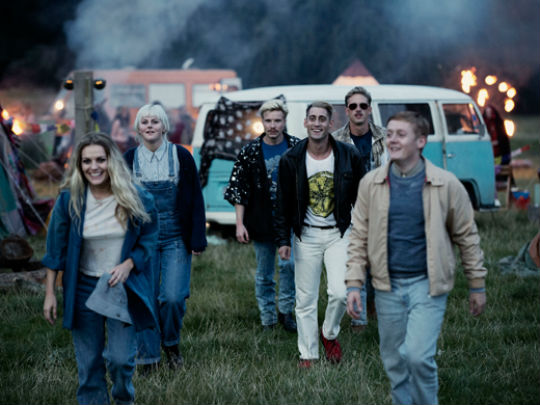 I was only introduced to ‘This is England’ last year but it took less than 15 minutes for me to be hooked. And with this season being all about mods it is even easier to get obsessed with their style, their hair cuts and their lives. And as a direct result a lot of denim has made its way into my regular outfits – with the occasional appearance of the always daring but always fun double denim. One might think that the group has better things to think of than what they wear but the frequent appearance of the Fred Perry logo, the drastic changes to Kelly, Lol and Trev’s hair tell of a different story. Their style is part of who they are, how they express themselves and they do it exceedingly well.

Models in a music video is hardly revolutionary (ie. Duran Duran’s ‘Girl Panic’ ) but there is no doubt that Young Thug’s ‘Good Times’, although not strictly an official music video but more of a little peek into the hottest after show party at New York Fashion Week, has a selection of models so hot and in right now that most runways could only dream of having them all. Bella Hadid, Lucky Blue Smith plus his equally gorgeous sister Pyper America Smith, the impeccable Fei Fei Sun, Imaan Hammam, Irina Shayk, Vanessa Axente, Tami Williams and Issa Lish all wear their favourite looks for spring fresh of the runways. It might not be your music but the clothing and location is phenomenal.

Why Are Women Still On The Sidelines Of Musical Conversation?