Corbyn: Through Populism To Popular 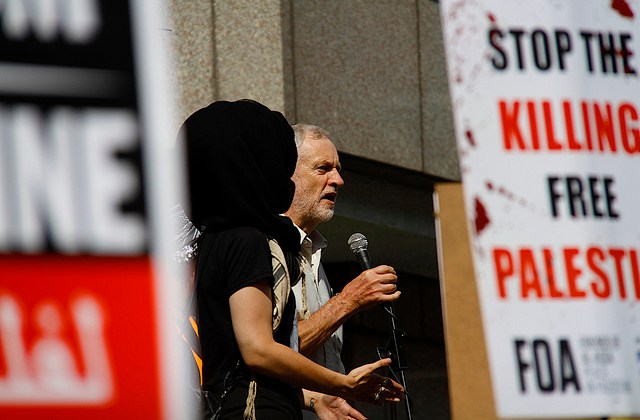 Benjamin Everest investigates the popularity of Jeremy Corbyn for Impact Features. Only months into the job, what is the reputation of the Leader of the Opposition here at the University of Nottingham?

With his election to leadership of the Labour party, and his first month in that role, Jeremy Corbyn’s popularity around campus grows. He rose from obscurity after serving as a back bencher since 1983 and in his campaign this summer gained the hearts and minds of the young through his radical ideals and his strong-left political sentiment. If you, like myself, have watched the last three prime minister’s questions we have seen him field his highlighted issues from the general public, and he has asked them in a way that has been measured and respectful. Yet we can also note the clear lack of his far left views. Is that Corbyn gone, or only put away until it becomes of use once more? If we look at the United States this method of campaigning and then leadership is recognisable.

“Corbyn came into a situation where the Labour party was increasingly disappointing, lacking a backbone”

In the US the bid for a new presidential candidate from both parties got fully underway at the start of the year. Two rather odd prospects emerged, although they have yet to be the proper candidates. On the Republican side Donald Trump and on the Democrats, Bernie Sanders. Both of these men have followed a very simple rhetoric in their campaigning. They say what they feel and they say it clearly without the familiar protection of politics and they aim to speak directly to normal people, and approach problems from an ordinary stance. This approach, or more accurately these men, may be described as populist. And in the world where opinion is often shared through a quote on twitter or facebook and views spread like wildfire, being firm and concise is key to success. This is precisely what Corbyn did, as has the current president of the states, Barack Obama, during his campaigns.

“His campaign’s progressive nature, distinguishing him from all other Labour candidates, resonated well with students”

Corbyn came into a situation where the Labour party was increasingly disappointing, with its centralist view and lack of a backbone. He preached the ending of wars and the removal of poverty at any cost. Equality, an issue that has dominated our headlines at every turn, was of prime focus. And he continued his crusade against the banks and the rich, and promoted education and better health care. His campaign’s progressive nature, distinguishing him from all other Labour candidates, resonated well with students, in the same way that Sanders has in the States.

Yet if we take the example of Obama we see that in power this approach rarely garners much success, plans must be drawn up and edges smoothed. With time we have seen him slowly become more of a politician, perhaps it can be measured with the whitening of his hair. One should not damn this optimistic mindset as what government should aim for mediocrity and accept poor standards as “necessary”? Yet we should not be surprised when the complexity of the situations make radical campaign promises fail.

“Saying something and doing it are two different things, but saying something before you can do it is a good political tactic, especially when you can blame someone else later”

In the next UK election it would not be surprising to see a Conservative candidate following the same populist practice. And Corbyn returning to it once his ability to run for Prime Minister is put into question. The winds of favour shift rapidly and these methods help sway them in their chosen manner. I am hopeful for Corbyn, perhaps his views will persist and he will represent what he stood for and the young faith will not be misplaced. Saying something and doing it are two different things, but saying something before you can do it is a good political tactic, especially when you can blame someone else later.

An Introduction To: DJ Screw