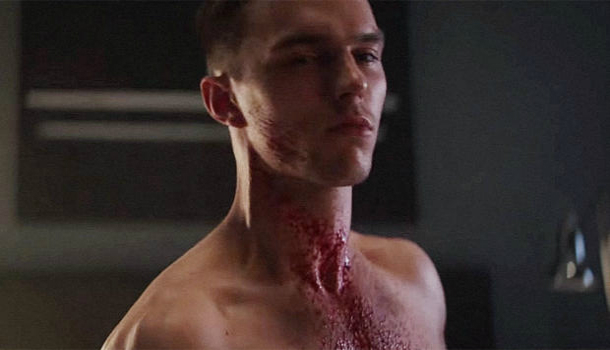 Who wouldn’t secretly want to watch a film about killing your friends? I was one of the many people drawn in by the premise of a power hungry man, who will do do whatever it takes to make it to the top of his career ladder – even killing his own buddies. However, the film did not deliver on the action packed murder I was so hoping for.

Directed by Owen Harris, this film tells of Steven Stelfox (Nicholas Hoult) who works in the British music industry. Through the progression of the story, we learn how Steven believes that to be the most powerful man in the industry you ought not to care about music, a paradox that should make for an interesting watch. However, this film was far from interesting. Although it had its moments, the story contained two-dimensional characters coupled with a story line that repeated itself like a broken record, oh the irony.

If, perhaps, it had changed its plot and title to ‘100 Ways to Kill James Corden’ I may have enjoyed it more.

If American-Psycho and Trainspotting had a love child, Kill Your Friends should have been it. However, the amazing ideas and ‘shocking-truths’ that the film was supposed to hit us with barely made an impact. In fact, I was quite insulted by the patronising tone, where the narrator literally talks into the camera. He then spoon-feeds information on the corruption of the music industry. Surprise, surprise – the great revelation turns out to be that the industry is only after your money, but everyone knows that, right? The amount of unnecessary and cliché metaphors were staggering. The whole film seemed like a corny party political broadcast, where the ideas of the original book were trying to be sold to us, but I’m sorry, I won’t buy it.

As for the protagonist and other secondary characters, they just didn’t seem believable and were mostly irritating. The protagonist’s need for control and power seemed very random. This may have been because Nicholas Hoult has quite the angel-face, and unfortunately, trying to make such an innocent looking actor seem like a serial killer did not work in the film’s favour. He couldn’t pull off what Christian Bale managed in American Psycho. However, the prize for most annoying character has to go to James Corden, who tried so hard to be funny, but instead made himself look like a massive idiot – as per usual. He delivered the film’s worst line, which makes me wince even at the thought: ‘Look at me I’m a bear! I’m a dancing bear’. I found myself thinking, ‘please, oh god, stop it James Corden!’ something you don’t want to be thinking whilst watching a film that showed so much promise.

In a crazy twist of events, the only good thing about this film was the soundtrack. Throwing us back to the year of 1997, the music is a nostalgic reminder of those bygone years, spanning a variety of genres from club anthems to indie-rock. However, the music couldn’t be the saviour to this film. If, perhaps, it had changed its plot and title to ‘100 Ways to Kill James Corden’ I may have enjoyed it more. However, there were barely any murders of any actual friends, and the story frustrated me greatly.

BREAKING NEWS: Over 129 People killed in multiple shootings in Paris