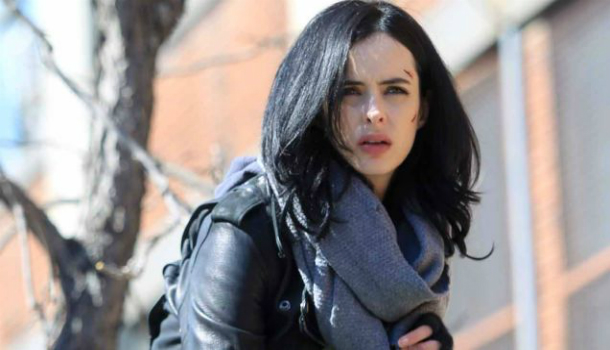 The first season of Jessica Jones, the next television series set in the Marvel Cinematic Universe (which also includes blockbuster superheroes such as the Avengers) has been released exclusively on Netflix.

For Marvel fans, the build-up to this series has been very exciting, with increasing numbers of trailers and teaser clips, showing a glimpse into this dark, adult take on the world of superheroes. It’s also set in Hell’s Kitchen, the same area as Daredevil, another superhero that stars in his own Netflix-exclusive Marvel series. Jessica Jones follows the story of a woman with extraordinary abilities, who has turned to the more mundane life of a Private Investigator (PI) after her stint as a superhero went badly wrong.

Krysten Ritter is brilliant as Jessica, who uses ‘unconventional’ methods as a PI in a world where everyone knows superheroes exist. Despite refusing to use her powers to fight crime, she still uses her abilities to jump up fire escapes and stop moving cars during her work. However, she is followed through her life by painful memories of Kilgrave, The Purple Man, an individual with terrifying mind-control abilities, played to perfection by David Tennant. 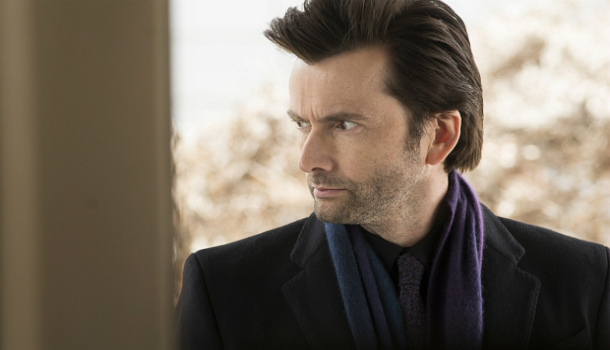 Although we have yet to actually meet Kilgrave by the end of the first episode, his presence is felt strongly throughout. Jessica experiences creepy flashbacks and visions of him, part of the PTSD she has been suffering with since their last encounter. Though we don’t yet know exactly what happened, through the experiences of Hope, a young woman who becomes the subject of one of Jessica’s cases, we can well imagine what she’s been through, and what he’s made her do.

The first episode is dark and adult, with Jessica’s alcoholism and past trauma made plain. It sets the bar high for suspense, uncertainty and action, and these prominent ideas are likely to continue throughout the series. Jessica Jones will be enjoyable for anyone who likes tense, psychological thrillers. It’s not just about superheroes; the powers of Jessica and her enemies, although obviously key to the plot, take a back-seat to other themes. 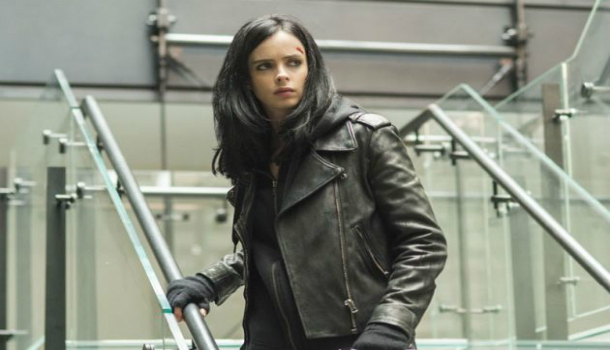 Shadowy shots of New York at night, purple lighting during Kilgrave flashbacks, and narration by Jessica’s character work together to inform viewers of this new take on the superhero world, whilst also hiding certain aspects. Details about the past are revealed slowly, with much kept hidden for future episodes.

The plot of this first installment has a clear path, with a turning point at the end to set up for the rest of the series; Jessica is constantly running from her past and the man who destroyed her life, but by the end we see her make a decision – to continue running, or stay and fight. Kilgrave is back, and she needs to choose now. This is certainly a strong introduction to the world of Jessica Jones, and holds great promise for things to come.

The first season of Jessica Jones is available now on Netflix.