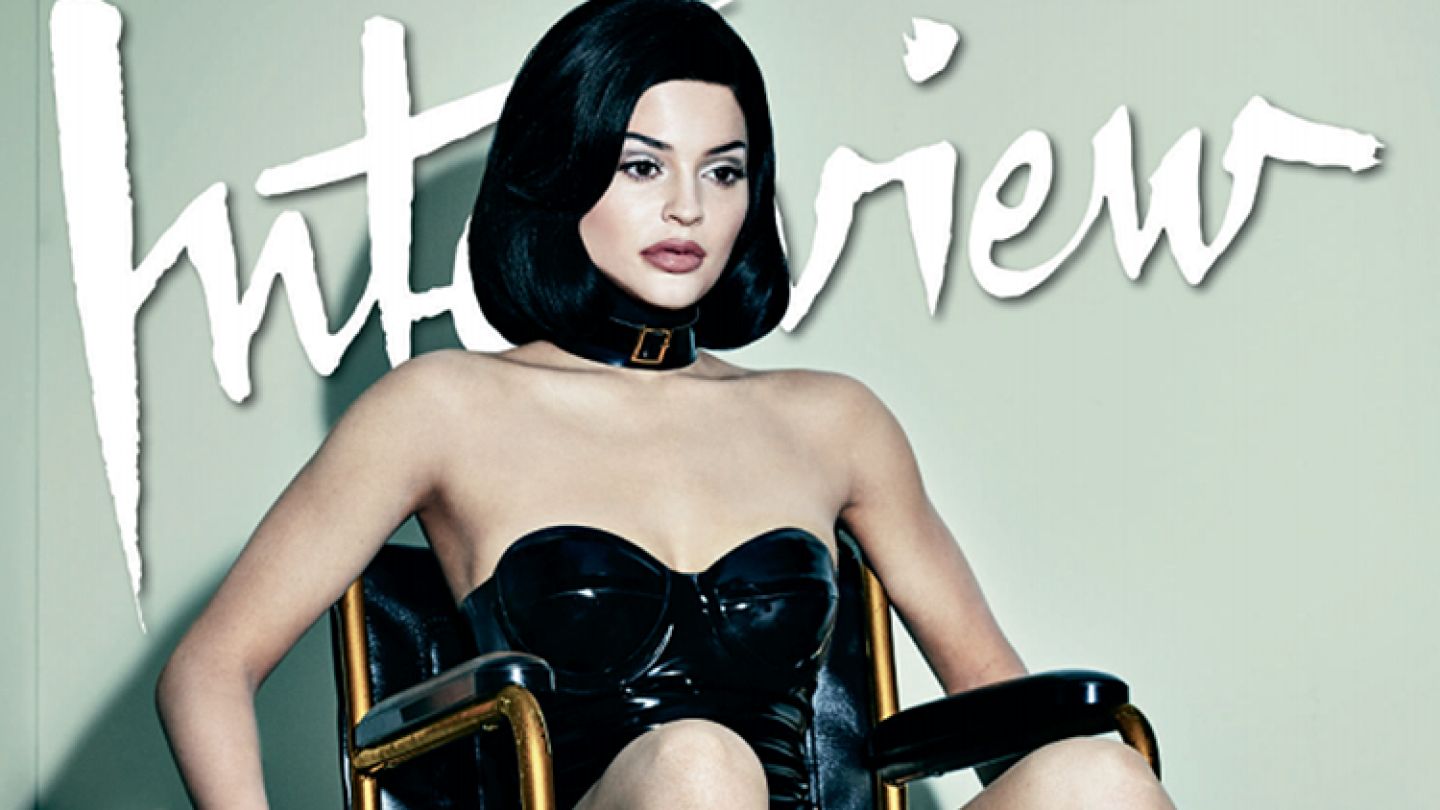 It comes as no surprise that the endlessly privileged youngest Jenner sister has been caught up in more controversy for appearing in an editorial spread featured in the December/January issue of Interview magazine. Both the article and cover have divided opinions around the world – firstly, Jenner appears heavily sexualized in the Steven Klein photographs, which some onlookers have deemed inappropriate for a girl of her age. However, it is the photograph featuring Jenner in a wheelchair that has evoked the broadest spectrum of responses.

Jenner has been styled with pieces varying from a gold plated breastplate to arse-less chaps – some have accused the publication of contributing to the increasing sexualisation of women in the media: a sensitive issue for those fighting for gender equality.

“People with disabilities are already seen as powerless, and this just reinforces that”

Most notably, advocates for disability organizations have shown their abhorrence of the photographs. Emily Smith Beitiks, associate director of Paul K. Longmore Institute in San Francisco, was quoted on CNN: “People with disabilities are already seen as powerless, and this just reinforces that.” This view is shared by many other disability organizations that believe the photographs downplay the hardships of living with an impairment, especially as the wheelchair is meant to symbolize Jenner’s perceived limitations, whilst in fact it is a tool used to enable freedom of movement for many of whom it is an indispensable tool.

After hearing some of the backlash that followed the December issue of Interview, photographer Jennifer Rovero decided to recreate the photograph using amputee model Lauren Wasser. The photograph is likened to the original, with Wasser wearing a black wig and corset as she is sat upon a gold wheelchair. Unlike Jenner, Wasser wears a gold prosthetic leg, which she has placed upon a pile of tabloid magazines. Rovero exclaimed “We weren’t coming from a negative place but rather, ‘Oh wait let’s show real life,’ because this is our reality,” Rovero explained to E! News. “We wanted to create a conversation, as we are trying to change how beauty is defined”.

“I tried my best to create a more authentic version of Kylie Jenner’s Interview cover, given that I’m, you know, actually disabled and a real life wheelchair user. I can barely get people to make eye contact with me, let alone land a cover shoot”

Erin Tatum uses a wheelchair because of her restricted muscle movement as she lives with cerebral palsy. In response to the article, Tatum also decided to stage her own version of the photographs. On social media site Tumblr, Tatum posed in a black bustier with the caption: “I tried my best to create a more authentic version of Kylie Jenner’s Interview cover, given that I’m, you know, actually disabled and a real life wheelchair user. I can barely get people to make eye contact with me, let alone land a cover shoot. If being in a wheelchair is trendy now. I’ve apparently been a trendsetter since before Kylie was born”.

Interview magazine has defended accusations of ableism, claiming the article drew inspiration from British pop artist Allen Jones. The publication released this statement: “At Interview, we are proud of our tradition of working with great artists and empowering them to realise their distinct and often bold visions. The Kylie Jenner cover … is a part of this tradition, placing Kylie in a variety of positions of power and control and exploring her image as an object of vast media scrutiny”. However, ill-feeling still naturally remains towards the use of wheelchair as an artistic prop, or fashion accessory.

As with any article, the interpretation of Klein’s photograph is subjective. At Style, we can’t help but ask ourselves: was Kylie Jenner’s goal to be a part of artwork, or simply just another meticulously planned publicity stunt?