It’s nearly Christmas, a time for all things sugary and nice. But, in the world of film, not everything would make it onto Santa’s list. The next few days will see Impact Film & TV look at the good and the bad of popular franchises. Enjoy!

It’s difficult to pinpoint why this film is so unbearable, especially as Dahl was partially involved in the writing – maybe it’s Charlie’s (Peter Ostrum’s) annoyingly chipper attitude, or the dreary song Mrs. Bucket performs, as her son makes his way home. Unfortunately, the Chocolate Room also disappoints, as the supposedly ‘delicious’ foliage is horribly underwhelming. This was probably Stuart’s biggest mistake, as the scope of this room is so painstakingly illustrated in the book, Stuart must have surely shattered every child’s image of it. Considering it’s our first proper glimpse of what the factory has to offer, it’s far from fantastic. 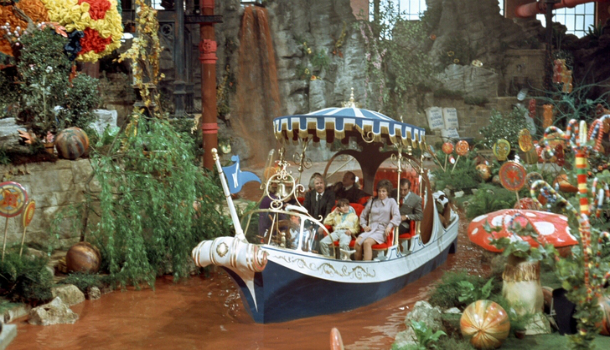 Perhaps the only redeeming factor is Gene Wilder’s portrayal of Willy Wonka, as we are never sure of his exact intentions; there are times when he truly scares us – such as the psychedelic boat sequence – but also thrills us with his contagious excitement as he eagerly demonstrates his incredible inventions. However, all aspects considered, it is easy to see why Dahl rejected this take on his beloved chocolate factory.

Nice – Charlie and the Chocolate Factory (2005)

With this mostly disastrous first outing, when Burton announced his intentions of remaking the classic, I’m sure all of those orange-faced, green-haired Oompa Loompas jumped for joy. Every detail of every room was meticulously designed, from the shimmering chocolate river (Augustus Gloop definitely had the right idea when he plunged his face in to it) to Willy Wonka’s unexpected backstory – a nice addition to the otherwise faithful adaptation. The casting choices are also pretty much spot on: Freddie Highmore’s Charlie is naïve without being irritating and Johnny Depp, as Mr. Wonka himself, strikes the balance between cynical and out-right bizarre. 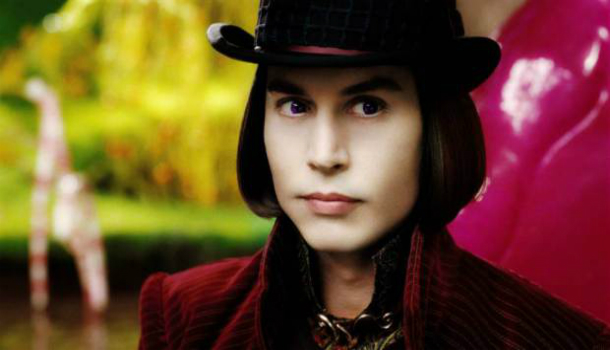 Arguably one of the best features of this film is the music. Danny Elfman truly outdoes himself with a whole plethora of musical styles – a much better idea than the first adaptation’s monotonous songs. Hopefully, when Elfman, Burton and Depp have finished adventuring in Wonderland, they might think about adapting Charlie and the Great Glass Elevator – that would certainly be a Christmas treat…

Although the first adaptation tries its best to be good, it tastes like brussel sprouts. Burton’s combination of well-developed characters, marvelous set pieces, and thrilling music earns Charlie and the Chocolate Factory a spot on the nice list.

Is make-up a lie?