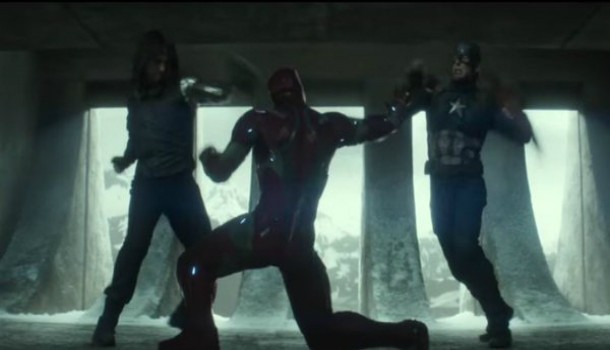 Let’s wave goodbye to 2015! Good times, bad times we’ve had them all – but you know what they say, as one door closes, another one opens. Over the coming month we’ll be bringing you a snapshot of everything 2016 has to offer – the good, the bad and the ugly. Hold onto your hats folks, it’s going to be a bumpy ride!

This eagerly anticipated 2016 film divides everyone’s favourite MCU heroes, Iron Man (Robert Downey Jr.) and Captain America (Chris Evans), as they fight over the introduction of the government’s new law to register all super-humans. After the huge success of Captain America: The Winter Soldier, will the sequel live up to its predecessor?

The MCU has continued to grow in popularity, and of them all, it’s the Iron Man and Captain America movies which have dominated in the box office, so this combination is sure to be explosive.  The trailer already shows the fractured relationship between them, which will be an interesting dynamic to explore. The star-studded cast looks promising in delivering this, with Scarlett Johansson, Paul Rudd and Anthony Mackie among the big names appearing.

Similarly, the directors also look hugely promising. Brothers Joe and Anthony Russo, who directed Captain America: The Winter Soldier, were a huge hit with fans, and are set to ensure that this film is to be better than the flop that was Avengers: Age of Ultron. If they can turn the seemingly dull, pumped-up super soldier Captain America into an interesting, complex and likeable character, then imagine what they can do with Iron Man! It’s pretty much assured that this film will build on these two already incredibly popular characters. There’s also a pretty big chance there’ll be no secret farms, so we can all breathe a sigh of relief on that one.

Aside from being a hit with the box office, this film should also be a hit with fans and newcomers to the MCU alike.

7 Things Not To Do On Your Gap Year: Thailand