Rebooting 1984’s classic Ghostbusters with an all-female cast has been a controversial decision, with fans of the original trilogy worried about their favourite ghost-busting franchise being turned into a ‘chick flick’ (not an overreaction at all).

However, with a fantastic team of ‘busters in Kristen Wiig, Kate McKinnon, Melissa McCarthy and Leslie Jones, there is definite potential for greatness. Though no trailer has yet been released (though with a July release date, one should be imminent), the plot seems, much like the original, to focus on the setup of the team. This time around, Manhattan is under attack from paranormal villains from across New York’s past – and only the ghost-busting foursome stand in their way.

With cameos from the original cast and a strong backing cast that includes Chris Hemsworth as the Ghostbusters’ receptionist, the premise for the reboot seems strong. However, with rebooting a classic franchise, the project does carry a large amount of risk. What Star Wars did so right was combining enough franchise familiarity with fresh new ideas, resulting in box office success.  Though this will be a reboot rather than a continuation, director Paul Feig does need to tread the fine line between the past and the present of the beloved franchise – appealing to fans whilst also bringing in new ones. His past work includes comedy hits Spy and Bridesmaid, which does inspire some hope that he will do justice to the iconic team. 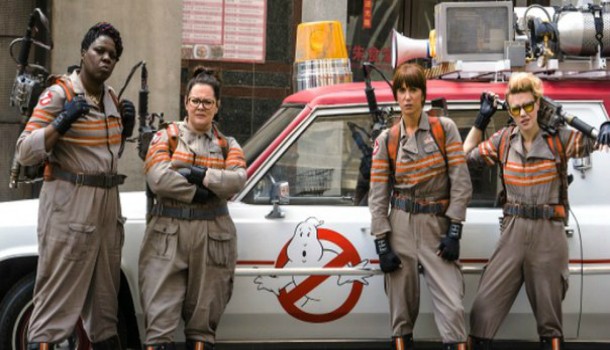 When One (Stage) Door Closes, Another One Opens