Chelsea F.C. – the biggest upset in sport so far? 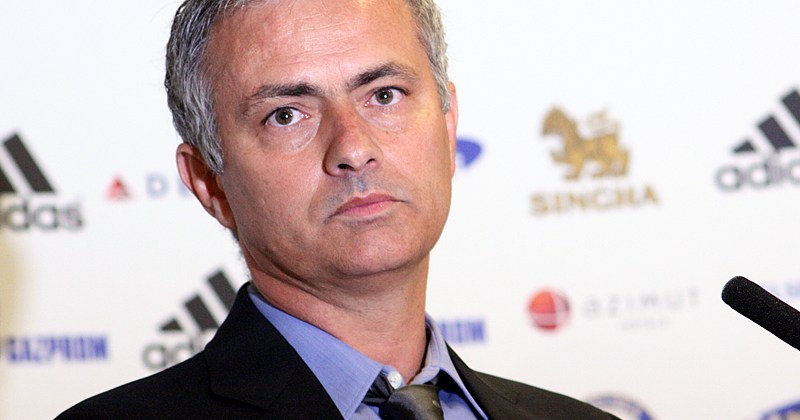 A fired doctor, a sacked manager, a team closer to relegation than the title – where has it all gone wrong for Roman Abramovich’s Chelsea FC this season?

Lack of activity in the transfer market

Failures to refresh the squad over the summer transfer window led to a lack of competition for the big positions – simple. We saw it happen with David Moyes’ Manchester United of 2013-14 and we have witnessed it again with the Chelsea team of 2015-16, which resulted in the sacking of Jose Mourinho, 52, winner of last year’s manager of the year award. 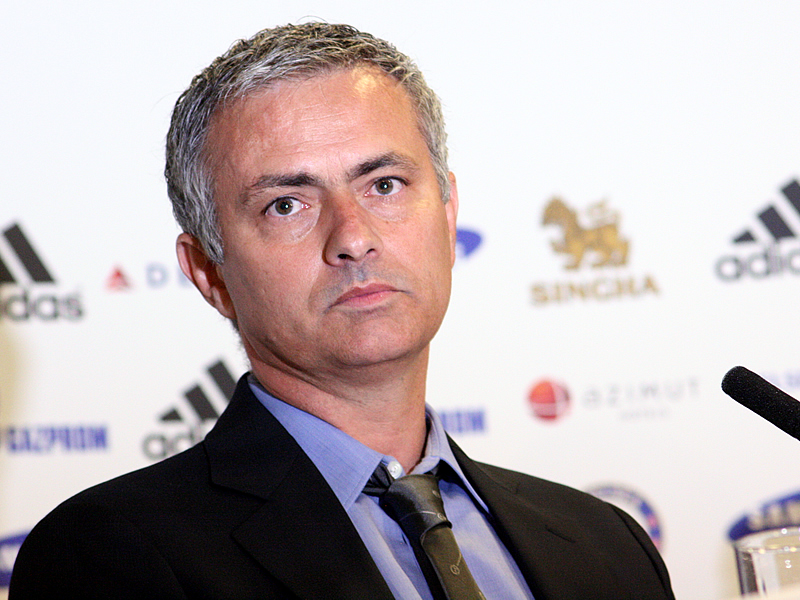 Was Mourinho at fault for Chelsea’s poor form? (Credit – The Sport Review)

Whilst the goalkeeping department was sorted with the £8 million arrival of the reliable Asmir Begovic,28, crucial positions in defence and midfield were not invested, leading to a lack of competition for places, resulting in several players failing to reignite their motivation and desire from last season. As a result, the club should have bought the likes of Nathaniel Clyne, 24, who had an impressive season with Southampton, and at a bargain £12 million would have only improved with age and ensured a fair fight for the right-back position with Branislav Ivanovic, 31. Yet, he was instead signed by Liverpool and is now gradually flourishing under Jurgen Klopp. 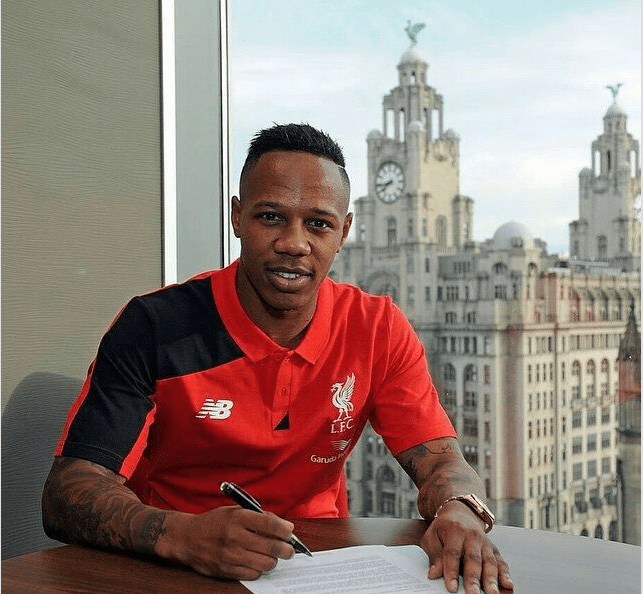 Clyne would have helped make up Chelsea’s English quota, too

Likewise, a defensive-minded partner for Nemanja Matic, 27, was imperative over the Summer, as this would have allowed Fabregas to play in his more favoured number 10 role. Cesc Fabregas’s lack of defensive awareness and poor tackling has made him a scapegoat for Chelsea’s poor season, as his failure to win the midfield battles and provide cover for the back four has resulted in goals being conceded on a regular basis. Therefore, £25 million Morgan Schneiderlin, 26, also from Southampton would have been the perfect solution. 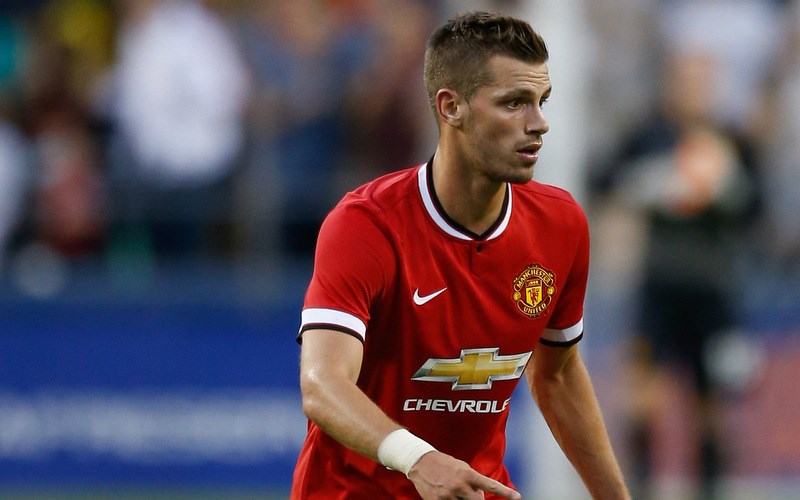 A better replacement for Fabregas at CDM?

A terrific few seasons with Southampton resulted in high levels of interest in him in the last few transfer windows, as he would have provided cover for the back four similar to Matic. Despite the improved recent performances of Cesc Fabregas,28, and John Obi Mikel, 28, in those holding positions, such an important positon was ignored during the transfer window, exposing Chelsea’s weakening back four. 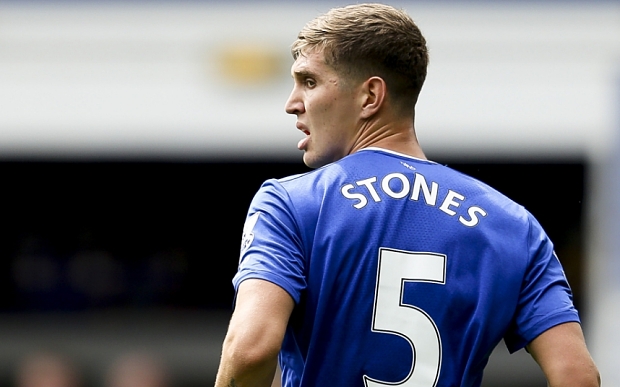 Is John Stones worth more than £30M?

And finally, a new young centre-back was essential with Everton’s John Stones, 21, having been on Chelsea’s radar in the Summer, even having a transfer request rejected by his club. A suitable replacement for John Terry,35, Stones could have spent the season learning from the best, paving the way for a future centre-back pairing of Stones and Kurt Zouma, 21. A third and final £37 million bid was rejected, but upwards of £40 million would have tempted Everton’s chairman to sanction a deal. 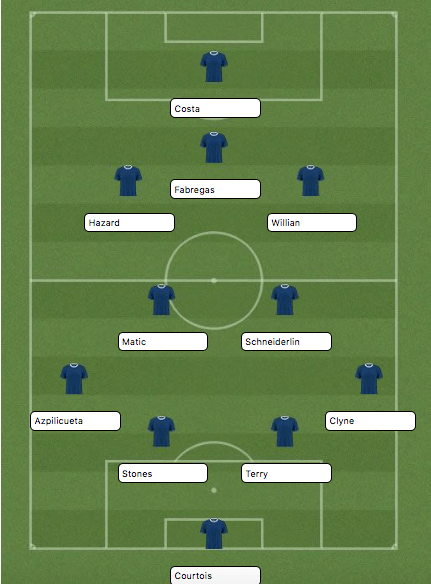 The first game of the football year noticeably set the tone for Chelsea’s lacklustre season. Leading 2-1, Chelsea saw a car-crash second half, culminating in the sending off of Thibaut Courtois, Swansea’s second goal to cost Chelsea two points and most notably the Eva Carneiro incident. After receiving an unpleasant challenge, Eden Hazard,25, Chelsea’s player of the year last season, laid on the floor, leading to the referee ordering the Chelsea medical staff to run onto the pitch and treat the Belgian playmaker whilst the game continued with Swansea pushing for a third goal in their counter-attack. This resulted in Mourinho’s outburst at his ‘naïve’ medical staff, suggesting them to have failed to understand the game, believing Hazard to have received only a small knock that would enable him to quickly carry on in the dying few minutes. 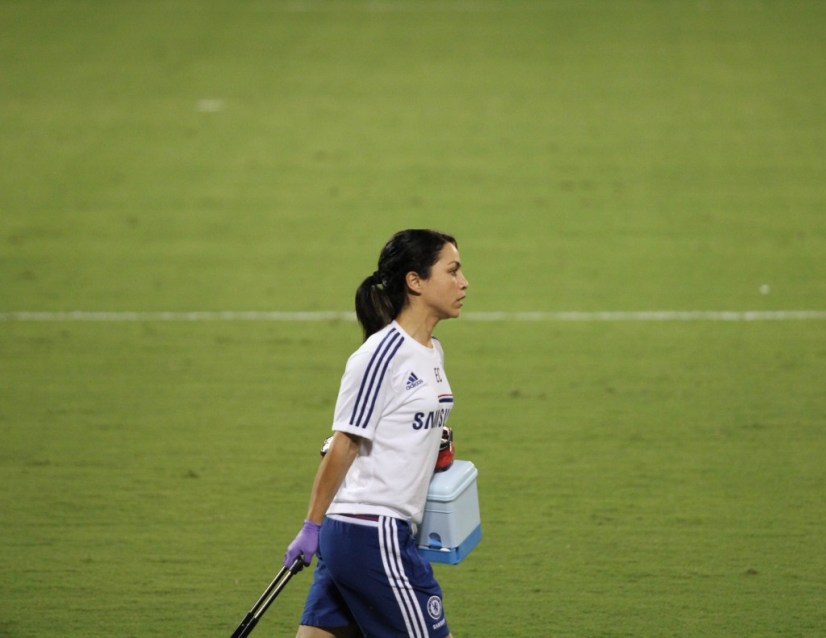 What it the dismissal of Caneiro that started Mourinho’s demise?

Within a few weeks, Eva Carneiro, part of this medical staff, was demoted and then parted ways with Chelsea. Her Facebook status of thanking the fans for the support saw the Chelsea hierarchy feel humiliated, and potentially played a role behind her firing. Within months, this would unfold with Carneiro suing Mourinho and Chelsea for her unfair dismissal, saying she was sexually discriminated.

Evidently, this may have coincided with the breakdown in team spirit. Perhaps some of the players lost faith in Mourinho for firing such a popular member of the backroom staff, also believing her to have been unfairly dismissed. Nevertheless, the Eva Carneiro situation corresponded with a loss in form of the majority of the squad, thus surely playing a factor behind the demise of the 2015 champions.

Reflecting on the past and future

The sacking of Jose Mourinho in December sent shockwaves across the footballing world. Six months after winning the league by eight points, the Special One was gone. Whilst many will argue that it was the player’s fault and Mourinho was to good to let go, the board had little options. A quicker response to the crisis would have been to sack the manager rather than get rid of 11-12 players. 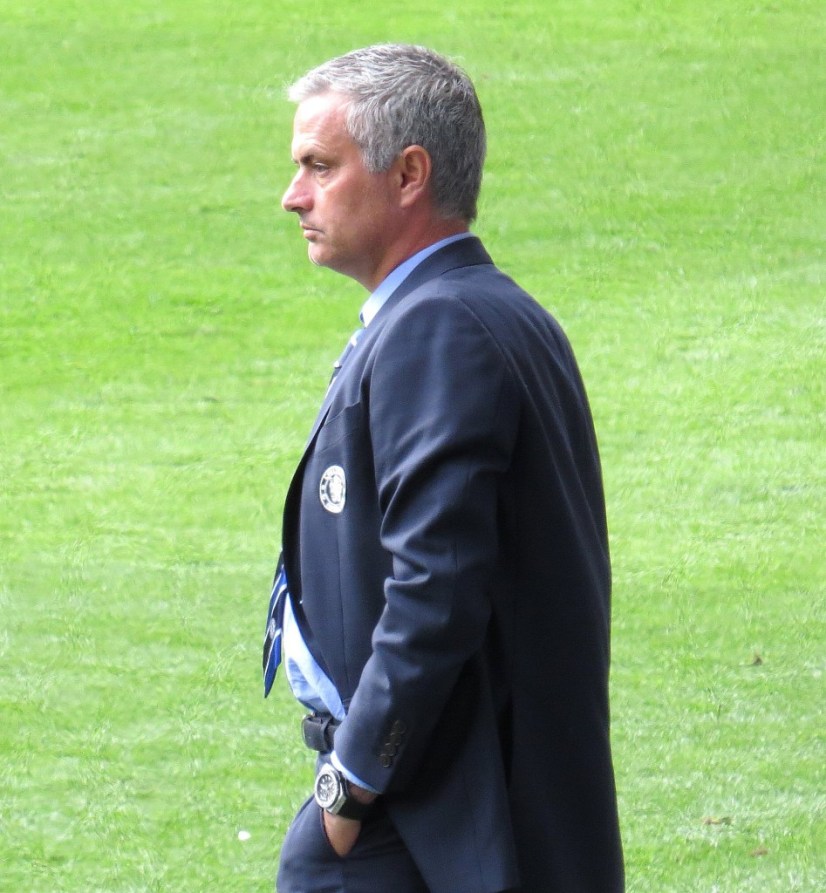 Will Jose make a return sooner rather than later?

The football world has a short memory, always looking forwards rather than backwards, and Chelsea FC could not sacrifice the season by finishing near the relegation places with a popular manager. Whilst results have somewhat improved under Guus Hiddink, as shown by the 3-0 win away at Crystal Palace, the likelihood of playing in next season’s Champions League is highly unlikely. Even though the losses have turned into draws with a few extra wins coinciding with Costa scoring goals again and Fabregas providing the assists, the season has been nothing short of a disaster. 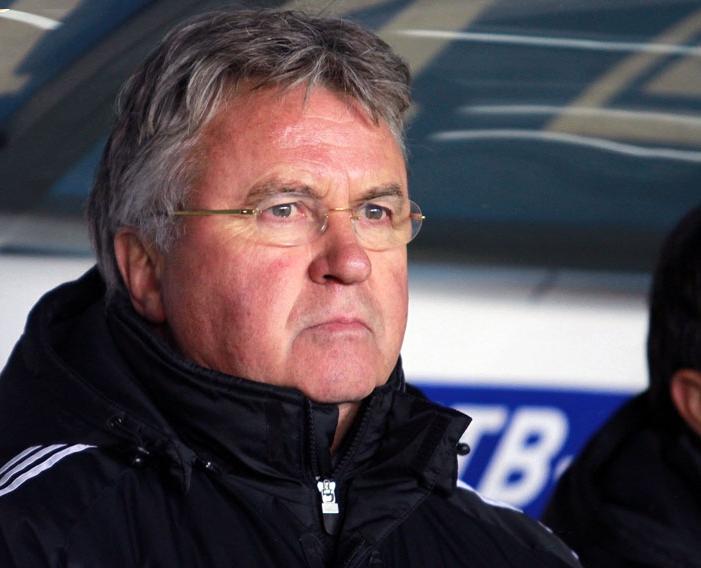 Chelsea are hoping Hiddink can improve their form this season

In order to ensure Chelsea return to winning ways next season, changes will evidently be made in the Summer. Even though he has helped to stabilise the team and ensure their top-flight survival in the form of mid table obscurity, it is unlikely that Hiddink, 69, will carry on in the long-term. The question is who takes over? The bookies’ favourite Diego Simeone, 45, resembles Mourinho in his style of play and at times behaviour, and his charisma would be welcomed in the Premier League. Yet questions will remain over why he would leave Athletico Madrid, where he is comfortable and loved, whilst also having a desire to be the club’s manager when their new stadium opens in 2017. Simeone knows no English and may need time to adapt to English football, but look at what happened with Tottenham’s Mauricio Pochettino, 43. 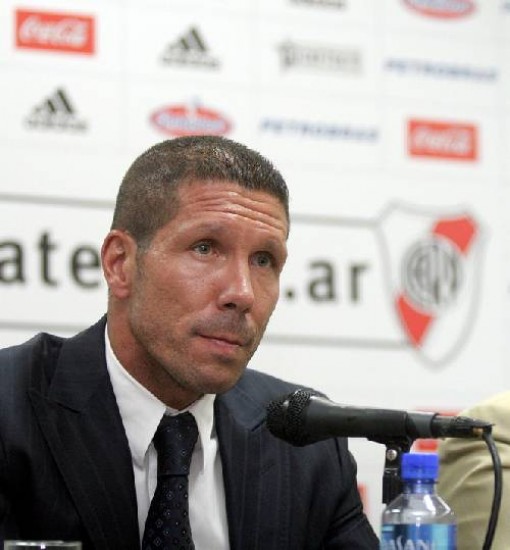 Manchester City’s Manuel Pellegrini, 62, could be another option. With Pep Guardiola, 44, set to take over at Manchester City at the end of the season, Pellegrini is likely to be available. His teams are known to play attacking football, he brings a sense of calm to the team in contrast to the likes of his predecessor Roberto Mancini and Jose Mourinho, and his Man City team could win their second Premier League title in his three years at the end of the season. Such a successful manager would be welcomed by the players and the fans, but concerns would remain over his tactics and inability to have got the best of big-money signings like Eliaquim Mangala, 24, Fernando, 28, and Stevan Jovetic, 26, during his time at Manchester City.

“With Pep Guardiola, 44, set to take over at Manchester City at the end of the season, Pellegrini is likely to be available” 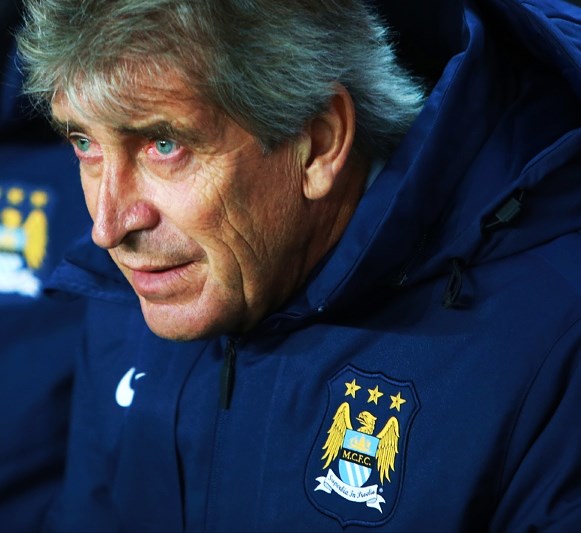 Will Pellegrini be available come the end of the season?

Alternatively, the board could even take a fresh approach to the managerial situation and look at highly-rated British managers like Alan Pardew, 54 or former Chelsea player Mark Hughes, 52. Both Pardew and Hughes have taken struggling clubs and solidified them as one of the top clubs in the Premier League with both Palace and Stoke targeting European football at the end of the season. 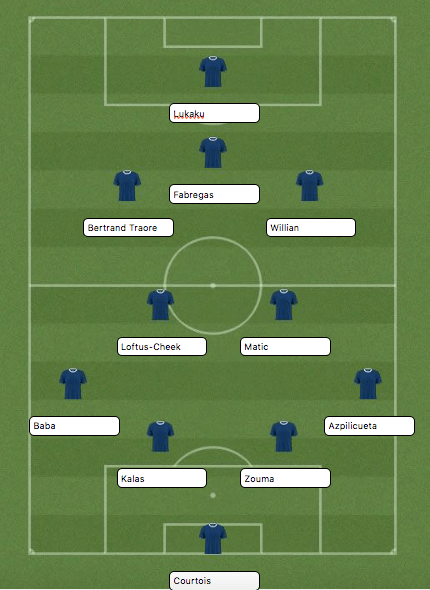 Whatever happens, the board will need to refresh the squad, bringing new players to the club whilst letting other ones go. Without Champions League, it may difficult to bring in world-class names like Paul Pogba, 22, or Karim Benzema, 28, but Chelsea’s status as one of the world’s biggest clubs will surely encourage big players to still come to the club, as we saw with Manchester United buying Angel Di Maria, Radamel Falcao and Luke Shaw, when they first arrived in 2013-14. In spite of this season’s failings, Chelsea’s players will still be in demand by clubs in the Champions League. Despite Real Madrid’s transfer embargo, PSG could secure Eden Hazard’s return to Ligue 1 next season should the Belgian decide to leave. Likewise, Diego Costa, 27, may be sold back to Spain if the right offer comes in, amid questions over his behaviour this season even though his performances have begun to improve. Doubts still remain over John Terry and Branislav Ivanovic, but their experience may establish them be important squad players in such a young side for next season. The potential appointment of Didier Drogba as Chelsea coach may help to lift team spirit, and could prove to be aninfluential figure for the club in the future.

But the key will be to bring young players through from the academy to ensure a sustainable future for Chelsea Football Club. A youth team which has four FA Youth Cups in six years suggests the club has good players in its ranks and they must be given a chance to reignite this side.

Perhaps the big-money return of Romelu Lukaku,22, as a replacement for Diego Costa, the promotion of younger players like Ruben Loftus-Cheek, 19, Abdul Baba Rahman, 21, and Kurt Zouma, 21, to the starting eleven and a re-call of Tomas Kalas, 22, and Bertrand Traore, 20, from their loan spells would refresh the starting 11, alongside a motivating manager in the form of Simeone, Pellegrini or Pardew.