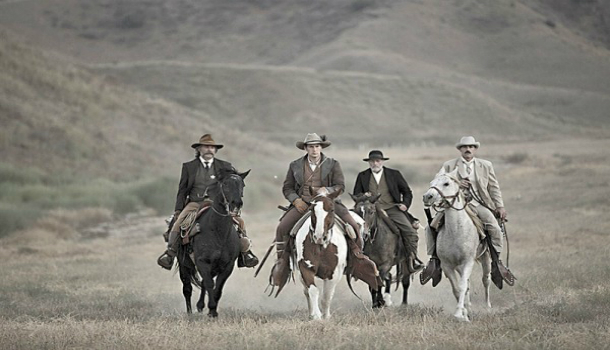 The western is dead, it would seem. At least in the conventional sense. In the last few years there’s been a plethora of revisionist, post-modern, feminist, parodic, and mash-up takes on that most American of genre. Though the most famous redux still remains the Spaghetti Western era of deconstruction and brutalisation, there of late has been an increasing interest in being not one of the men in this world with guns, but those who dig. Dig up the genre’s skeleton and fiddle with its archetypal bones.

The Keeping Room, Slow West, The Revenant, The Hateful Eight. All use the genre to their own ends, a starting point rather than a niche to slot neatly into. Just being a simple western is not enough to survive any more. Even the comedies which choose to merely ape the tropes and structures of the genre (A Million Ways to Die in the West, The Ridiculous Six) can’t survive in this landscape.

It should come as no surprise then that S. Craig Zahler’s debut directorial feature Bone Tomahawk is of this mode. A bleakly humourous four-men-ride-out rescue mission, it announces its intentions to be a vital take on an age old tale in its throat-tearing opening shot. After a crippled cowboy’s wife and a Deputy are stolen by savages, The Cowboy (Patrick Wilson), The Sheriff (Kurt Russell), The Deputy to the Sheriff (Richard Jenkins) and The Gentleman (Matthew Fox) ride after them. And when I say savages, I mean inbred Neanderthal beasts – some nice rope is made out of the actual Native American character’s attitude towards these monsters and his presumptuous white colleagues’ remarks.

This is the main way Bone Tomahawk swerves the expectations of its genre. It’s not lacking in touches of full Wrong Turn/The Descent/The Hills Have Eyes horror. And incredibly, the horror and western elements play off each other, enhancing the film till it’s much more than the Frankensteinian mess it could become. Everything works here, where frankly it has no right to; a first time director, a brutal sense of violence and humour, Kurt Russell playing the law in a Western for a second time in as many months… yet despite these qualities, it out-Quentins Tarantino by virtue of not being so navel-gazing. 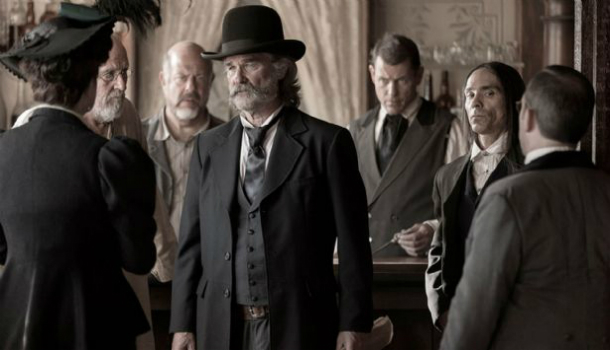 It’s as deconstructionist, sure. All the characters are archetypes – they refer to each other and themselves by the roles I listed above as much as by their character names – until they’re decidedly not. Lili Simmons’ town-doctor-cum-damsel-in-distress spends the film as trophy to be rescued until they find her; then her knowledge of her captors is urgently required to defeat them, and she unleashes a stonking great tirade at the remnants of the rescue party near the conclusion which is as true and humorous as it is devastating in its implications.

All this is sans self-consciousness, too. It feels genuine, not scripted in a pointed fashion to slot into today’s socio-political climate. This isn’t a wink wink nudge nudge metamodern vision in country and western. This is as expansive, brutal and brittle as The Revenant (with which this shares a more tolerable propensity for the pains frontiers folk went through) and as literate as The Hateful Eight (with which this shares Russell’s mightily moustachioed moniker).

Progressing methodically but never dragging (even with Patrick Wilson’s dead weight leg,) Bone Tomahawk avoids the pitfalls of Hateful Eight’s pacing and possesses a greater knack for genuinely funny humour than the likes of McFarlane. That it is never derailed or subsumed by its horror elements is impressive. That it’s rewarding, terse, tense, incisive and a standout western in an era full of stellar examples even more so.