It’s Mothers’ Day, and what better way to spend it than delving into film’s extensive list of great – and not so great – mums. Whether they’re evil, delightful or just plain incompetent, there’s no doubting, the bond between mother and child is a unique one. 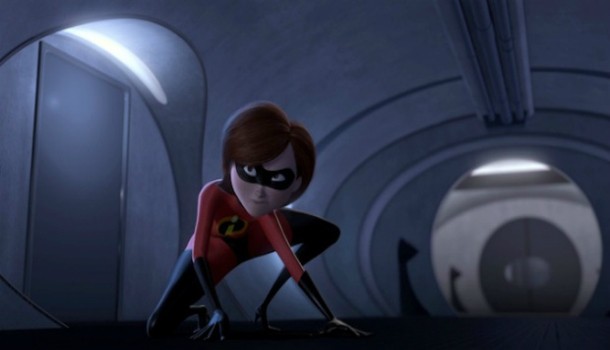 In a world where superheroes aren’t all the rage – as if such a world could exist – Elastigirl reluctantly hangs up her metaphorical cape in exchange for a quieter, domesticated life out in the suburbs. In the fifteen years that follow, Helen Parr (Elastigirl’s secret identity) raises three children (Violet, Dash and Jack-Jack) with her ex-superhero husband Bob “Mr. Incredible” Parr, and there’s no doubt she does a super job.

While her mothering abilities may occasionally be flawed – such as when she leaves her toddler in the hands of the most incompetent babysitter ever – when it comes to the important things, her maternal instinct is unrivalled. Throughout the film, Helen continually proves that she can handle the big stuff as well as the small. For example, she has no problem using her elasticity to protect her children from evil robots or obsessive villains, but equally she will use her stretchiness to keep her kids in check. Despite the hustle and bustle of saving her husband and the entirety of Metroville from doom, she has this uncanny ability of sensing when Violet and Dash are upset, and will take the time to talk through their problems.

Additionally, like a good mother – and a decent human being – she never shies away from admitting her mistakes, especially those associated with the upbringing of her children (such as not allowing Dash to do extra-curricular sports due to an unfair advantage). Not only does she demonstrate to them that no one is perfect, she also shows them that the rewards of being true to yourself greatly outweigh the hardships that occur on that journey. As far as mothers go, Helen Parr is truly incredible.

The ‘Other Mother’- Coraline 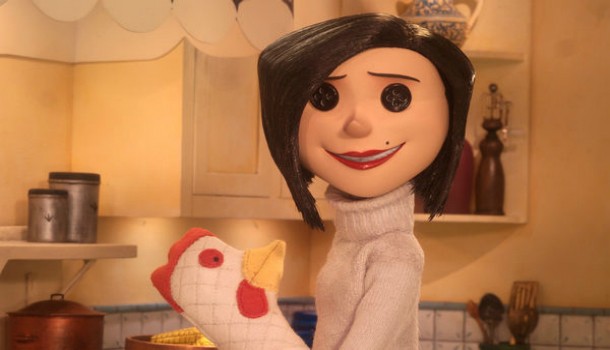 Coraline’s ‘Other Mother’ proves not all mothers are wired quite like you’d expect. Some have crazy moments and embrace a side of their personality that others may consider absolutely mental, but not you obviously, because she is your mother. Offering lovely gifts such as a brand new pair of button eyes, she provides a new meaning to heartfelt homemade gifts. On top of this, she displays beautiful craftsmanship in creating these beautiful eyes and rag doll look about the world and creatures that inhabit it. Sometimes you are blinded by your view of your parents, I guess. She is quite possibly the worst mother on this list yet still displays some characteristics of wanting to give her daughter a good life and integrate her into the family.

The ‘Other Mother’ is a sinister villain that has eerily haunted my memories since watching the oddity that is Coraline. The film oozes creep yet slams a plot revolving around family and what it means to appreciate your loved ones. Maybe she is testament to the fact that not everyone is cut out to be a mother and that’s OK, but make sure to appreciate the ones that are doing a good job, and maybe watch Coraline this Mothers’ Day? 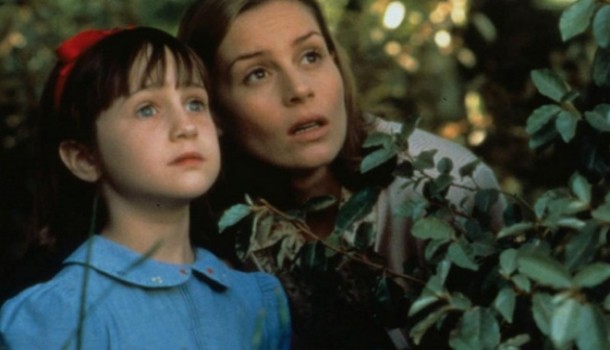 Anyone who ever watched Matilda as a child would agree with me that Miss Honey is without a doubt, a pretty awesome mum. Not only is she the epitome of loveliness, but she agrees to adopt a young child who isn’t hers, despite not having a particularly well-paid job, or being that old herself (excuse the cynicism). She could easily have refused to adopt Matilda, and have had a good few more years of partying and freedom for herself, but that wouldn’t exactly fit the bill for a fairy-tale ending!

However, she does, and it is this that makes Miss Honey a truly brilliant Mum, represent many women today who adopt children because they can’t have their own. What also makes Miss Honey a fab mum, is that not only is she good at maths (good for when you’re stuck on homework) but she is really fun, has a chocolate stash in the sitting room, and will happily move the furniture to play games all afternoon rather than doing boring things like laundry or ironing. Compared with Matilda’s real, brash and arrogant parents and the horrible Ms Trunchbull, Miss Honey is practically a saint, swooping in to save Matilda from a miserable life, making her the perfect mum in many a child’s eyes. 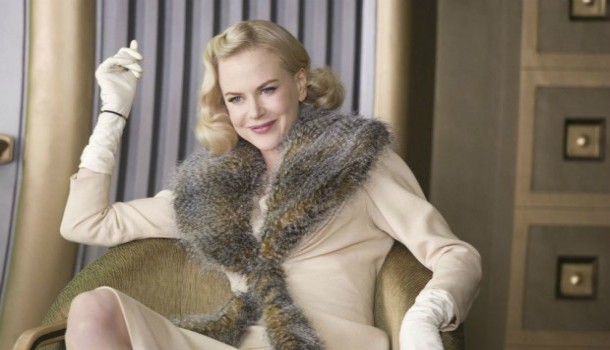 When it comes to bad mothers, is there any competition to the beautiful, yet calculating, Marisa Coulter? Played by Nicole Kidman in the adaptation of Phillip Pullman’s enthralling The Northern Lights, this wicked character uses her youth and beauty to attract opportunities, lovers and wealth to ensure her success and status. Anything that threatens her ‘happy ever after’ is swiftly removed – including her young daughter, Lyra Silvertongue (Belacqua). Mrs Coulter’s mothering skills are presented shortly after an affair resulted in her daughter’s birth. With her wealthy marriage in jeopardy, Lyra is swiftly handed to a local gypsy woman so that Marisa can pretend the baby died in childbirth.

When Lyra had been living in an Oxford college for over a decade, Mrs Coulter decided to collect her daughter under the guise of needing an assistant. Although it can be argued that Marisa tried to give Lyra an education at this point, she attempted to mould her daughter to become the person she wanted her to be; Mrs Coulter had no interest in who her daughter truly was. When Lyra misbehaved, Marisa chose to torture her by harming her ‘daemon’ – the ultimate cruelty.

Throughout the series, Marisa’s motherly role only goes as far as what her daughter could add to her nefarious plans. Although she doesn’t go as far as Lyra’s father in attempting to kill the child, she repeatedly puts Lyra’s life in danger and never seeks to be a comfort to the young girl. When the girl rebels from this false affection, Marisa seeks to stay in control through torture or drugs. Not exactly Mother of the Year. If your idea of a good mother is cuddles, cookies and kindness then look as far away from Marisa Coulter as you can. 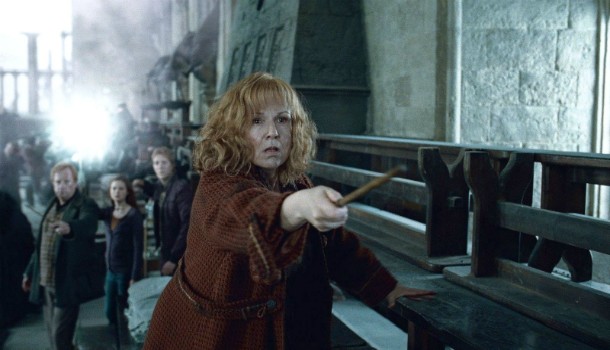 Molly Weasley deserves a lot of love. Not only does she have seven children whom she loves no matter what, she is also more than willing to take others under her wing to look after as her own.

Harry Potter first met Molly at King’s Cross when she kindly helped him onto Platform 9¾. Her son quickly became Harry’s best friend at Hogwarts, but Molly was never just ‘Ron’s mum’ – she became a mother to Harry too, looking after him throughout school and beyond. Despite having to organise presents for her own children, as well as visiting Charlie in Romania over the holidays, Molly still found time to knit Harry his own Weasley jumper for Christmas in his first year, so he felt loved and wanted. Harry was included as a family member almost immediately. She never treated him differently because of his fame, and always made sure he knew he was cared for. Although he eventually became her son-in-law, he had really been her son for years.

She also supported her children in all they did. Molly took great pride in their achievements, always keeping in touch while they were at school. Even when Percy estranged himself from the family, she constantly worried about him and was overjoyed to see him return.

Molly’s most famous declaration of love must surely be the immortal line screamed at Bellatrix Lestrange during the Battle of Hogwarts: “Not my daughter, you bitch!” Molly’s love for her children was unconditional and self-sacrificing, literally battling another woman to death for Ginny. Not only was she excellent at being a loving mother to many more than her own seven children, she was also gifted at various forms of both household and duelling magic. Definitely a mother-figure to look up to. 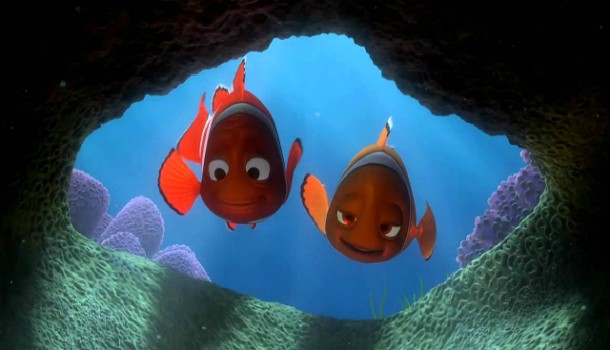 Ah Coral. A standout Pixar mum who manages to fail like no other – getting almost all of her 1000+ children and herself dramatically killed by a barracuda before the film’s title has even come on screen. Though only in Finding Nemo for a grand total of 2 minutes (during which she flirts, panics then dies), she is critical to the entire films plot: Marlin’s fearful, controlling nature, Nemo’s ‘lucky fin’ and, of course, the fact that Nemo is an only child are all, I’m sorry to say, entirely her fault. She may have simply being protecting her brood of eggs but Coral’s stupidity in the face of a terrifying barracuda attack exposed the otherwise concealed batch of eggs to their predator and their eventual demise. Barracuda 1, Mothering instinct 0. Tut tut Coral.

Marlin may have been a bit over cautious but had Coral got back into the anemone, Finding Nemo would have probably been a much happier movie… or at least wouldn’t have been one of the first Pixar movies to reduce me to tears before the 5 minute mark. She might be a terrific mum before what we see in the film, but what we do she of her is pretty damning. The flirty, happy Marlin we see in these opening minutes demonstrates their blossoming love, and to have this cruelly torn away from us because Coral just wouldn’t listen is just one of the reasons she ends up looking like an awful mum. Gosh Coral!