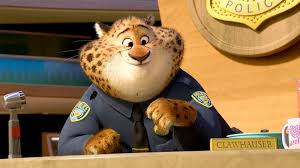 When I buy a ticket to watch a Disney film, I don’t expect it to be philosophically or politically charged. As my friend and I walked in to the cinema room, having just been handed sheets to colour in, I thought to myself, “We’re probably the only adults who haven’t been dragged by an accompanying child. But aw – it’s about a world of talking animals – cute!” Of course, there comes a time in every animated film when the novelty wears off and you’re left with nothing but a straightforward plot and subpar humour. But then again, they’re only an hour and a half long – and it’ll entertain your inner child.

It’s fair to say I didn’t have amazing expectations of Zootropolis. After all, not every Disney film is going to be Inside Out. Talking animals are possibly the most unoriginal facet of a Disney film; so it was difficult to see what this film was trying to do different. But just 10 minutes in, the overarching theme clicks. Disney is pushing the boat yet again, and it’s genius. 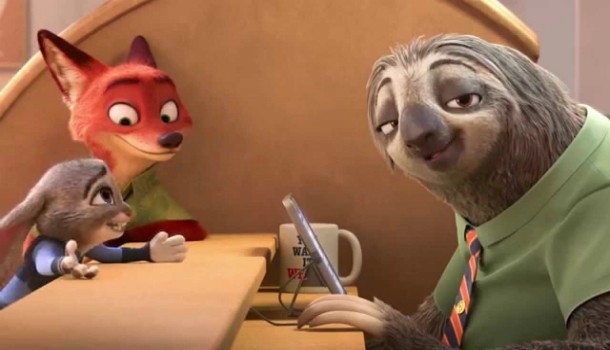 In this world predators and prey coexist in harmony. Our main character – Judy the Bunny (Ginnifer Goodwin) – explains, there was a time where predators hunted, killed and ate prey in order to survive. But in modern times, society has evolved beyond bloodlust, and – as a result – there are equal opportunities for all. Most animals live with their species – Judy herself comes from Bunnyburrow – but there’s a city that models this utopic ideal, called Zootropolis.

Judy’s parents still hold prejudice towards certain animals, and live in fear of their daughter leaving Bunnyburrow. She’s always been told “If you don’t try anything new, you’ll never fail”, but succeeds in fulfilling her lifelong dream of becoming the first bunny police officer and is placed in Zootropolis. Unfortunately, given her small size, gender, and all the stereotypes that come with being a rabbit, she’s underestimated by her boss, who assigns her to parking duty. Meanwhile her larger male colleagues are allowed to solve crimes.  Still, she does this task diligently – recognising that she has to work twice as hard to stand out. Zootropolis celebrates and openly promotes equal opportunities, but in a place where different cultures coincide, bias, prejudice and discrimination still exist. 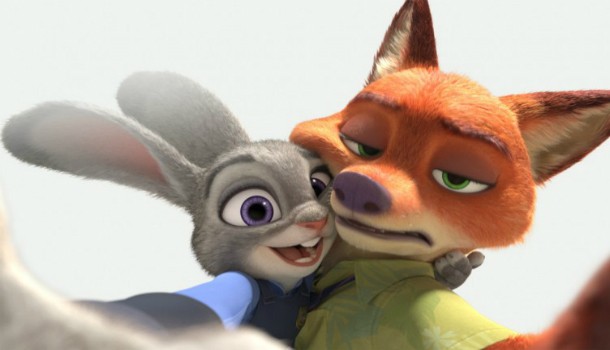 Directors Bryan Howard and Rich Moore take a snapshot of today’s world, and lace this film with hard-hitting social commentary, without being overly preachy. One day, Judy abandons her duties to arrest a thieving Fox, Nick Wilde (Jason Bateman). As you can imagine, once the two meet, all the stereotypes you’ve ever heard about sly foxes, dumb rabbits and their dynamic, comes into play.

With all its messages aside, what cements Zootropolis as a modern classic is its self-awareness. Given the film’s anthropomorphic nature, audiences are more likely to pay attention to the logistics of this world than normal. Howard and Moore are aware of this, and the world that they’ve created has an incredible attention to detail. From the little town houses to the naturist Yaks, an ice cream factory exclusively built for larger animals and Zootropolis’ very own popstar – Gazelle (brilliantly voiced by Shakira) – everything is fleshed-out and convincing.

Verdict
In today’s ever changing world, with less and less social cohesion, Zootropolis definitely leaves viewers with plenty of food for future thought.