The Intu Victoria Centre in Nottingham’s city centre has been evacuated following the discovery of a suspicious package.

Police were called around 11:30 this morning after the package was found in the Upper Mall.

A police cordon remains in place to investigate the incident following the evacuation of the centre.

Furthermore, a bomb disposal robot has been brought in along with experts from the police and army. 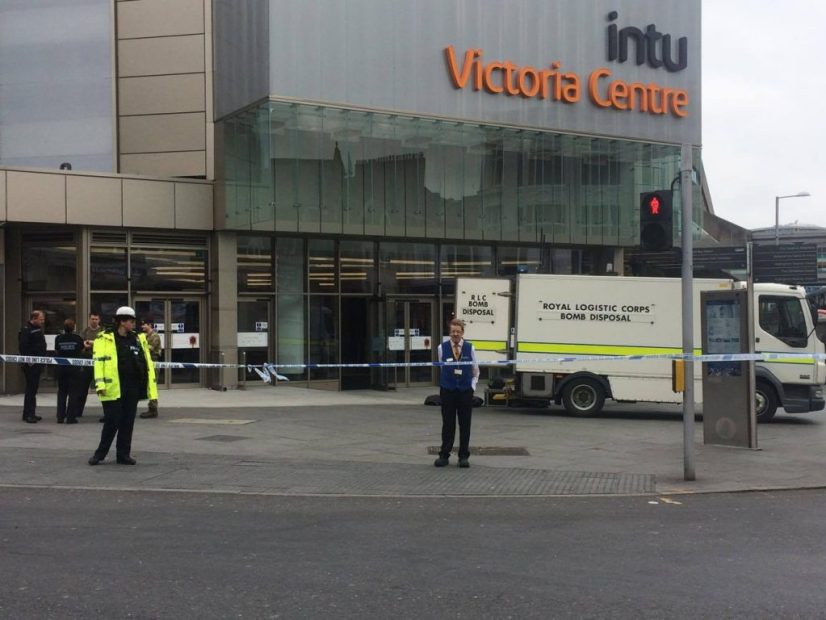 Nottinghamshire police have confirmed the discovery of the package in a statement:

“Nottingham’s Victoria Centre has been evacuated following the discovery of a suspicious package.

Security staff evacuated the Centre and a police cordon remains in place while officers and partners investigate the discovery to bring the incident to a swift and safe conclusion.

Anyone with any information about the incident is asked to call Nottinghamshire Police on 101, quoting incident number 320 of 29 May.”