When a studio spends years building up a release that is set to feature an ensemble cast, based off a hugely successful comic book, bring in crucial new characters, and gives away details in marketing material, it is quite easy for the final product to end up being completely underwhelming. The MCU’s latest venture, which is less Captain America 3, more Avengers 2.5, is a sign of how brilliant the Russo brothers are that the film somehow not only manages to meet its lofty expectations but actually exceeds them.

The titular conflict sees the Avengers divide along ideological lines. When their heroic efforts lead to increasingly visible collateral damage, the team is placed under the jurisdiction of the Sokovia Accords, giving their decision-making autonomy to the UN. Spearheading this effort is US Secretary of State Thaddeus Ross (William Hurt) who makes a return to the MCU after eight years. Hurt’s smug condescension is easy to hate but the proposal he supports isn’t, with fan loyalties tested further by the fact that Tony Stark / Iron Man (Robert Downey Jr.), James Rhodes / War Machine (Don Cheadle), Vision (Paul Bettany), and, begrudgingly, Natasha Romanoff / Black Widow (Scarlett Johansson) all agree that accountability and regulation are not bad things.

But it wouldn’t be a civil war if everyone agrees – and Steve Rogers / Captain America (Chris Evans) is firmly against placing a team that does so much good at the hands of ever-shifting agendas in case they are made to do things they feel are wrong. After the events with H.Y.D.R.A. in his last solo outing, you can’t exactly blame him or his principles and it is hardly surprising that Sam Wilson / Falcon (Anthony Mackie) and Wanda Maximoff / Scarlet Witch (Elizabeth Olsen) take his side – him clearly as wary of militant agendas as his leader, her having spent too much time being controlled by others’ whims already.

Despite the rumblings within the team, the fighting does not break out immediately. Only when the Accords signing is bombed, and Capcicle’s beloved James Bucky Barnes / Winter Soldier (Sebastian Stan) is accused, do things spiral out of control. Things get personal and any sense of rationale goes out the window. For the remainder of the film, the two sides are pitted against each other in a series of breath-taking sequences – including an airport set-piece that is easily the best one ever committed to superhero celluloid.

“He is not a renegade or a vigilante, but a soldier with a thousand-mile stare, distrustful of agendas that he cannot see and unwilling to be a pawn for a fourth time”

The film deals with some heavy political and moral issues, but its strength lies in how the heroes and their humanity push these questions forwards. In essence, this is very much a character piece, never mind the awesome visuals. Tony embodies an impressive arc that takes him from the cynical arms dealer of his intro film through the idealistic saviour of Ultron right down to a repentant pragmatist who wants control not for his sake but for the sake of others. Downey Jr. plays this beautifully and the scene where he makes the case for the Accords by referencing a victim from Sokovia packs more of a punch than his repulsors.

On the other side, Steve has lived through too much politicking. Regulations and bureaucracy nearly stopped him from saving lives when he became the First Avenger back in the 1940s. His less-than-amicable encounters with S.H.I.E.L.D. and H.Y.D.R.A. since being thawed out into the present age have made him wary. He is not a renegade or a vigilante, but a soldier with a thousand-mile stare, distrustful of agendas that he cannot see and unwilling to be a pawn for a fourth time. Evans sells it without indulging in self-righteousness, which is not the easiest thing to do. With his values intrinsically tied in to Bucky’s long-running quest for redemption, it doesn’t sting when his idealism gives way to pure selfish friendship, even though it probably should. 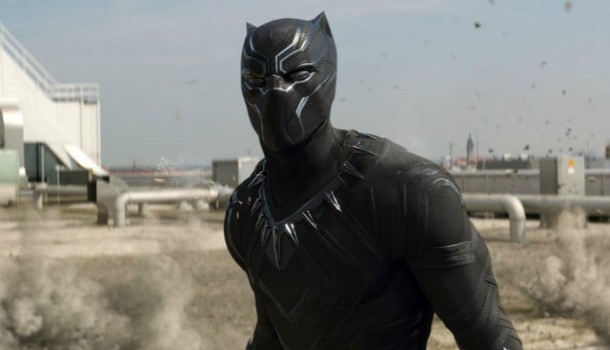 Remarkably for such a packed film, the supporting cast get to substantially flesh out their roles and sub-plots. Vision and Scarlet Witch tease what could be a wonderful relationship, which makes their inevitable animosity all the more heart-breaking to watch. Rhodes’ firm belief in the system, even in the wake of heavy losses, underscores how much is at stake for individuals, not just for the world at large. Wilson and Bucky have some hilarious moments vying to be Steve’s best bud, while Natasha’s conflicting loyalties and the way she handles them only prove that we really need a solo Black Widow film right now.

The returning Clint Barton / Hawkeye (Jeremy Renner) and Scott Lang / Ant-Man (Paul Rudd) – both on Cap’s side – have the least heavy lifting to do when it comes to adding any emotional weight to the plot, but they are welcome additions to the line-up and help to heighten the tension between the two sides. Plus, Ant-Man gushing over Captain America is side-splittingly funny. It might have been his best scene if not for a really big surprise later on.

New blood comes in the form of T’Challa / Black Panther (Chadwick Boseman) and Peter Parker / Spider-Man (Tom Holland). Boseman’s Wakandan hero has one of the most significant and hefty sub-plots in the film and he handles it with aplomb, hitting all the right dramatic notes and making us all the more excited for his solo film in 2018. We get Web-head’s Homecoming next year and, really it couldn’t come any sooner. Holland might have been on-screen in both civilian and superhero personas for less than 30 minutes, but he was the highlight of the film, firing off endearing quips, effortlessly embodying Spidey’s physicality, and being as much of a fanboy about the others as we are now about him. 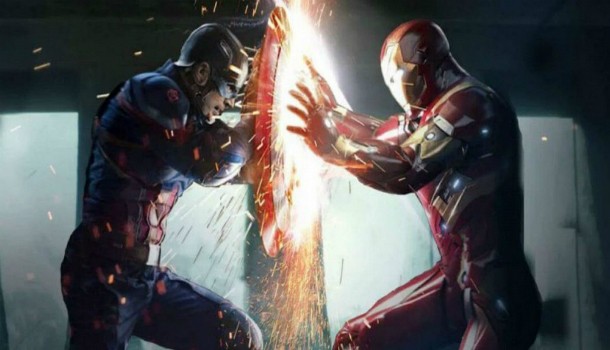 The villain, usually the weak-point of Marvel films, is Helmut Zemo (Daniel Bruhl), who takes advantage of our heroes’ loyalties and motivations to his own benefit. Once again, we see that his grander politics make way for a deeply intimate thirst for vengeance. For a super-villain, he is a painfully relatable human – and, unlike some of the other MCU baddies, he does not even attempt to steal the show. He might be pulling some of the strings, but the film is all about our heroes and their differences.

Admittedly, Sharon Carter (Emily VanCamp) and Everett Ross (Martin Freeman) feel shoehorned in, with Freeman’s accent drawing a fair bit of ire, though VanCamp does get to deliver one of the original comic’s most iconic pieces of dialogue. That, by the way, is just one of many wonderful nods to the Marvel comics, including three specific shots that are beautiful recreations of some of the most famous panels in history. Thankfully, the nods are just that – subtle acknowledgements to long-time fans without veering into self-indulgence and isolating viewers new to the series.

The Verdict:
The story is great, the pacing is just right, and the cinematography is solid. But what really makes this film such a delight to watch is how well it puts the emphasis on its characters and their narratives.