Sleek, sardonic and intensely sarcastic: Josh Tillman (aka. Father John Misty) was one of the year’s most anticipated visitors to Rock City in Nottingham. But he’s also a man who divides opinion. Uniquely, it would be hard to imagine the talent of Tillman’s lyricism, vocal chops or showmanship being denied by many, but some avoid his music like the plague thanks to his reputation for being somewhat of an ass. Already on his UK tour he’s participated in a future-classic car-crash interview on BBC Radio 6, which left some jumping off the Misty bandwagon altogether. (His response to somebody saying his new-found wealth wouldn’t compensate for his personality deficit on Twitter? “Thanks Aaron! While I do love the money, it’s really more about the fame for me!!”) For those Mark Kozelek and John Grant fans who enjoy their singer-songwriters with a grouchy spice though, on Sunday night Tillman was a fantastic host: and it was the beauty and passion of his music which rose far above the cynicism.

Tillman and his band were accompanied on this European leg of their tour by Khruangbin, a recently formed funk-rock trio who kicked off the night with half an hour of intricate slow-jams. Hailing from Houston, Texas (you could tell), their music speaks to the open air of the Southern States, with their tunes nodding their heads towards the likes of Isaac Hayes and Marvin Gaye’s groovier cuts. Drummer Donald Johnson played small part in proceedings, his whole body language screaming something between relaxation and absolute indifference. Laura Lee on bass and Mark Speer on lead guitar however held the attention of a receptive crowd up front. Their image was their greatest selling point, Laura dressed to the hilt with a killer fringe and kimono dress while Mark rocked what can only be described as: a wig. Their energy left something to be desired but their playing was divine: though it would be hard imagine their ascension beyond support-status, for their greatest gift seemed to be their ability to so soulfully set the stage for what was to come. 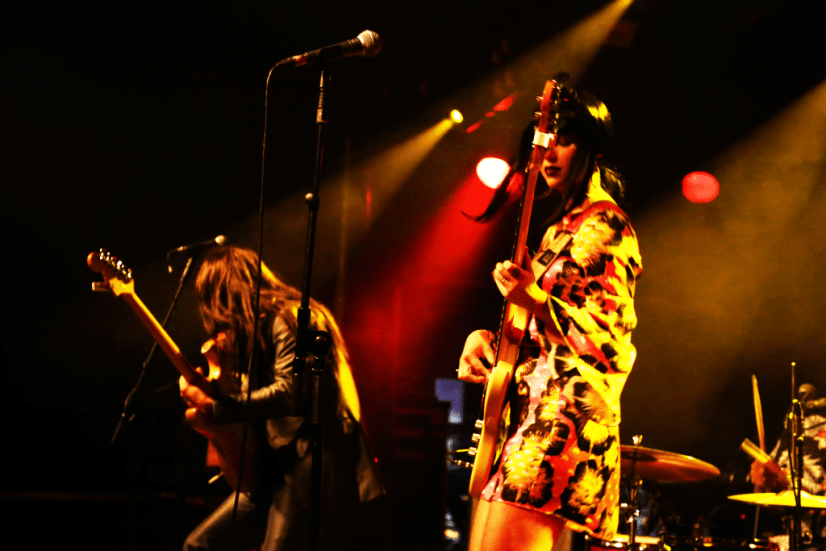 Josh Tillman’s arrival was, unsurprisingly, greeted with rapturous applause. Unlike many whom I’d seen hold the room before him, this was a crowd deeply involved in the man and his music: to many more an idol than a performer, and his reception across the night spoke volumes to this. A near two-hour set gave him the room to perform nearly his entire output under the Misty moniker to date, a rare treat which allowed for an incredibly well-paced show, sailing smoothly through his lesser known cuts amongst thrilling pockets stuffed with the songs which made him. He opened with ‘Everyman Needs A Companion’, followed by ‘Hollywood Forever Cemetery Sings’, cuts from his less-well-received Fear Fun LP – but so good were his and his band’s performances that the songs were given new life. Strikingly tall on stage, Misty was performing physically as well as vocally, skating across the stage in high top boots and shooting out his gangly arms in dismissal and in praise. The reaction of certain women in the crowd to this sort of thing sees him in danger of becoming something of a sex symbol too.

It was with the joyously soulful ‘When You’re Smiling And Astride Me’ though that the set really took flight, and it stayed high throughout – Tillman ending up on his knees for the first of many times. A lot of the calmer songs in his oeuvre were noticeably beefed up live, ‘I Love You Honeybear’ ending in a flourish of energy nobody remembered being there, while in the set-highlight ‘Nothing Good Every Happens At The Goddman Thirsty Crow’ he tossed his guitar across the stage and kicked the mic stand to the floor. By the end of the track you could see him riding high of the energy, quipping “that’s right motherfucker!” Even ‘True Affection’, a low point on the excellent I Love You Honeybear, sounded fantastic with the drums riding high over the misplaced synths. 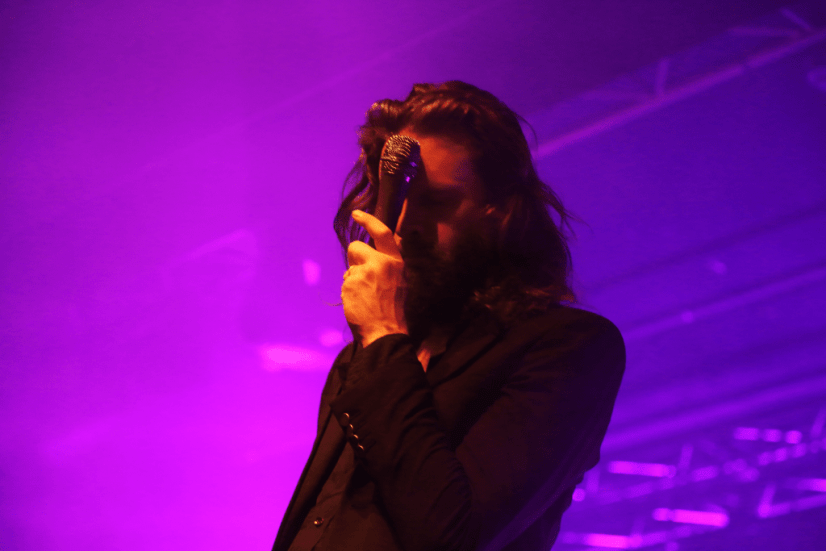 Tillman punctuated almost every cut with slight witticisms, and the rather than rubbing them the wrong way, the crowd seemed to lap it up. A set highlight came in the encore, when he introduced his “favourite love song” – which transpired to be a rather filthy rendition of Nine Inch Nails’ ‘Closer’. When somebody tried to sing during over the slight pause Tillman takes in ‘Bored In The U.S.A’, he delayed a moment to comment that “you will miss all of the good things in life, because you’ll be so busy shouting and being an idiot all over them”. When this particular fan replied “but I love you Josh!”, he got no reply.

Father John Misty didn’t win his fame by failing to suffer fools gladly though, but through making some heart-breaking, and heart wrenching songs. Seeing songs as personal as ‘Chateau Lobby #4’ performed live was as delightful as you’d imagine: Tillman never paying disservice to a single song in his set list, the emotive quality of the writing evident in his committed performance and exquisite singing voice. ‘I Went To The Store On Day’, potentially his prettiest and most sincere track to date, was a truly tear-jerking moment, performed quietly and lit by a single spotlight. 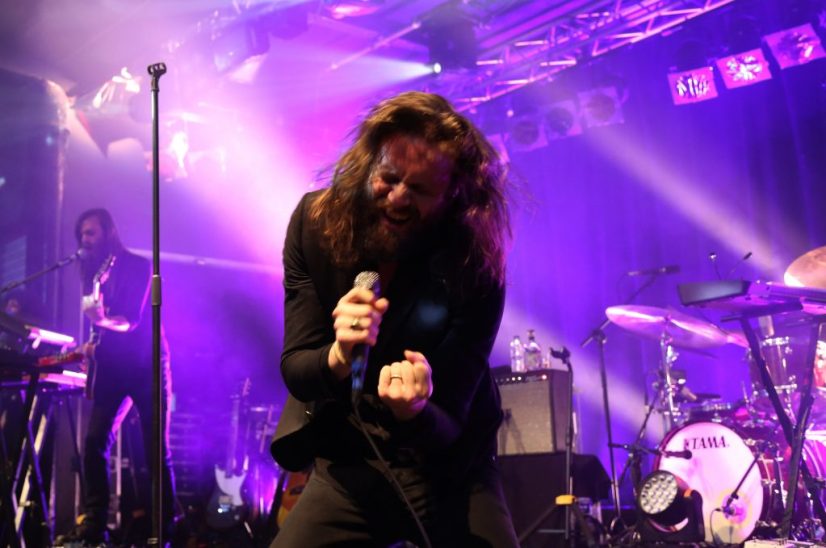 The finale to the whole show evidenced his versatility however: the confessional and furious ‘Ideal Husband’ being a clearly thrilling break from the balladry for Tillman, whose wild performances of the track have now gained notoriety. He spent most of the time with his hair buried in the crowd, or spinning the mic stand around his head. The fans went wild and he basked in the glory of a job well done, Tillman greeting his supporters and dancing on stage to Drake’s ‘Legend’ as the band led out. It was a hilarious finale from a man who’d thoroughly earnt the ironic ego-trip. If that’s not your sort of thing I’d completely understand, but sadly you’re going to miss one of the best songwriters and showmen touring today.

Widening Participation: Does It Do The Trick?