TV Review – The A Word

The fantastic six-part drama The A Word concluded on the BBC this week, leaving viewers impressed with its raw honesty and emotion whilst dealing with the sensitive topic that is autism. Being on the autism spectrum has a plethora of meanings, and consequences for people who suffer from the condition. In five-year-old Joe’s case, he is unable to express much emotion, preferring to isolate himself from the world by listening to music. The series follows the lives of his family, and Joe, as they come to terms with his diagnosis, showing the effects on Joe and his close family members. 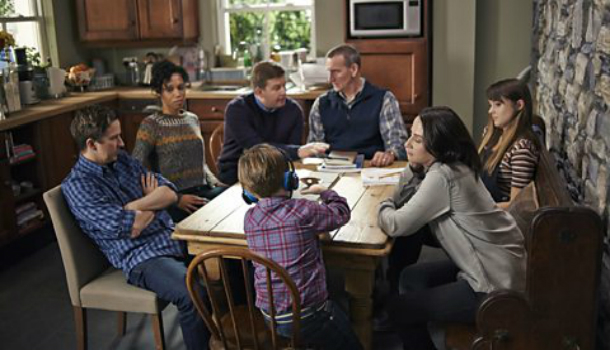 The series opens with an introduction to Joe (Max Vento), his older half-sister Rebecca (Molly Wright), and his parents Alison (Morven Christie) and Paul (Lee Ingleby). His parents continually make excuses for his anti-social behaviour, despite the rest of the family pointing out that something isn’t right. His diagnosis, is, as it would be to any parent, earth-shattering, and the honesty with which the show portrays Alison’s despair and denial is heart-breaking. Her impassioned cry that he should not be defined as ‘autistic’ forms the basis of the series, and serves to show that despite being different, Joe is still a loving, intelligent and happy little boy. Furthermore, the fragmentation of relations between Paul and Alison, as they struggle to compromise on their different ways of dealing with Joe, reflects the way that many families fall apart when faced with the reality of disability in a child, yet at the same time offering some hope that they can weather the storm.

Running parallel to the main storyline of Joe, is his older sister, Becky, who slowly starts to get ignored by her parents despite going through her own problems with her boyfriend. Unlike other (annoying) teenagers on television, who take drugs, become really irresponsible and whinge constantly, Becky shows her maturity and grace throughout the programme, demonstrating that not all teenagers are as self-absorbed or immature as the media might lead people to believe. In fact, it’s her grandfather, Maurice (played by the brilliant Christopher Eccleston) who goes off the rails, deciding to embark on a sexual relationship with his singing teacher, before bottling it and messing everything up. On top of this, Eddie (Greg McHugh), Alison’s brother, and his rather wonderful wife Nicola (Vinette Robinson) battle to get their marriage back on track after Nicola’s affair with a work colleague. It is in fact Nicola who alerts the family to Joe’s autism, being a nurse herself. Their relationship is tumultuous to say the least, going from happy and content one minute, to stormy and argumentative the next. 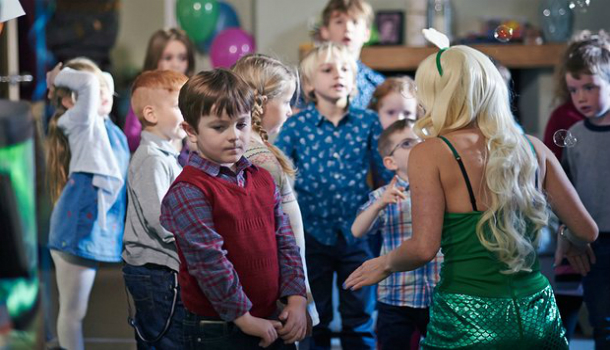 This being said, the series is thankfully not all doom and gloom, with the comic edge added by Maurice and his tactlessness taking away from the heaviness caused by Joe’s autism, and Alison’s (at times) frustrating behaviour. It is clear she loves her son desperately, but the way she goes about helping him leads her to be accused of being a ‘bully’ on more than one occasion. The wider family have just as many issues as Joe does themselves, yet a number of moments throughout the series demonstrate the deep love at the core of the family. The final shot is them all cuddling on the bed, Joe in the middle of them, safe and sound. A slightly ambiguous ending for family, and for Joe, leaves us hoping for the possibility of a second series.

An easy watch, and something to make you feel uplifted despite the tough themes running through it. For anyone who has an autistic family member, it’s very relatable, and does a good job dealing with such a sensitive topic.

Images from BBC’s ‘The A Word’

Why Are Junior Doctors Striking?