Is it just me… or is Titanic a better love story than Romeo and Juliet?

It’s regarded as one of the greatest romances of all time, taught in schools and performed in theatres around the world – but is Romeo and Juliet really all it’s cracked up to be? Is it truly an excellent love story, or is the romance between Jack and Rose actually better?

Everyone knows the centuries-old tale of Shakespeare’s star-crossed lovers. Their story permeates our culture at every level, and they are held up as examples of true love, their relationship portrayed as something we should strive to emulate (although maybe not in full). But really, Romeo and Juliet is not the beautiful tale of genuine affection and sacrifice that people assume it to be.

For a start, these characters are children. Juliet is specified by Shakespeare as being 13, and by some estimates, Romeo is 17, or older. So, in modern terms, we’re talking about a slightly creepy young man going out with an underage girl. Obviously, these ages were less scandalous then than they would be considered now, but it’s still weird to think about. Rose and Jack were 17 and 20 respectively, which is a lot more reasonable.

More important, however, is the focus on the concept of ‘true love’. What Romeo and Juliet go through, is, in fact, more likely just simple lust. Since the play takes place over the course of four days (they are married less than 24 hours after meeting each other), it is almost certain that the strong ‘romance’ we hear about was actually an infatuation. Perhaps it was partly fuelled by the teenage desire to disobey your parents, perhaps it was just the whirlwind of a first relationship, but the truth is that this is not true love – had the ending not gone as it had, we have no idea whether these two would have been happy together in the years following the play. 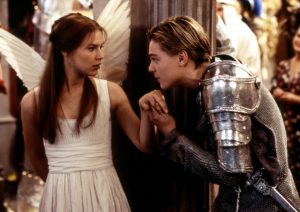 I would argue Jack and Rose’s relationship is much healthier, more stable, and had a better chance of surviving had the ending to the story gone differently. For a start, they didn’t just meet at a party and like the look of each other – Jack saves Rose from committing suicide, convincing her not to jump off the ship. This means that their relationship began at a different level to just sexuality and sensuality – they connected emotionally, a bond that they continued to develop before sex was even brought up, which is probably a better indicator of ‘true love’. 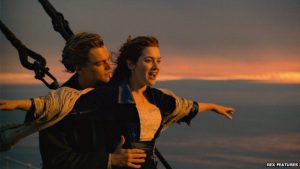 In the same way, even though Titanic’s characters also only knew each other for a matter of days, their relationship was much more developed in this time than that of Shakespeare’s heroes. The stolen jewel meant they questioned each other and their relationship, they went through the all-important re-evaluation of themselves and their partner, and they still came out of it together; those who weather storms are more likely to survive long-term relationships, and we would never see that happen with Romeo and Juliet.

And finally, the death scenes. Romeo and Juliet’s almost farcical double-suicide (see: Pyramus and Thisbe) was borne of a misunderstanding and an over-dramatic reaction to the belief that their lover was dead. Rose, on the other hand, was saved by Jack in a selfless sacrifice and given a lovingly motivational message, so that she could go on living, even without him. Jack’s choice to ensure Rose’s survival over his own is much clearer evidence of a truly tragic romance than Romeo and Juliet’s more self-centred deaths. (And don’t start the door debate again – there might have been room for both of them, but the combined weight would have meant they were both partially in the water anyway, defeating the purpose. Jack was selfless and smart).

It might be a shock to some, but the Bard’s most famous lovers are not that loving. Romeo and Jack might both have been played by Leonardo DiCaprio, but it is Kate Winslet’s Rose that offers him the best on-screen romance (sorry Claire Danes!).

Titanic is a better love story. End of.

A freshers’ guide to Sport in Nottingham