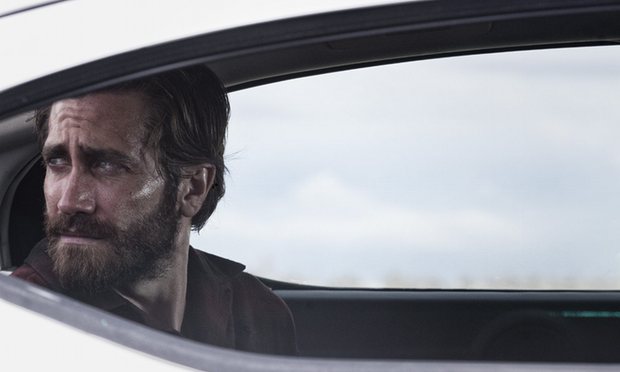 Naked, plus-sized women dancing in slow motion with pom-poms and sparklers to an Americana drenched backdrop. Welcome to Nocturnal Animals.

Renowned fashionista Tom Ford made his directorial debut in 2009 with the critically acclaimed A Single Man, the story of a university professor who struggles to cope with the sudden death of his boyfriend, set in 1960s Los Angeles. Ford returns to the big screen with Nocturnal Animals, an adaptation of Austin Wright’s 1993 novel, Tony and Susan. This film is much more complex than Ford’s first attempt, with a story-within-a-story-within-a-story narrative.

We are introduced to LA art gallery owner Susan (Amy Adams) as she receives an unpublished novel in the post, dedicated to her from her ex-husband of nearly 20 years, Edward Sheffield (Jake Gyllenhaal). As Susan becomes engrossed in the novel, we see the story visualised as a disturbing thriller that follows the lives of a family that are pursued and tormented by a group of drunken, sadist rednecks. The protagonist of the novel, Tony – who also takes the form of Gyllenhaal – appears to have personal resonance with our on-screen reader, who seems to become more distressed with each new revelation that the novel throws at us.

With a variety of acting talent on show, the standout performance of the film comes in the form of Bobby Andes (Michael Shannon) – a dystopian detective whose screen time is limited, but when he appears, he shines with subtle comedic value. His jaded detective stereotype is reminiscent of Tommy Lee Jones’ memorable performance in the Coens’ adaptation of Cormac McCarthy’s novel, No Country for Old Men (2007). Gyllenhaal also delivers a powerful performance, which has become a consistent trend throughout his acting career.

For a film that is relying so heavily on a creative product – a novel – as part of the narrative, the screenplay for the actual film is disappointingly wooden and at times lazy. Susan (Adams) is a deeply cynical character that fails to see the worth of emotion within her husband’s creative attempts as an author. This cynicism is cemented with the introduction of Susan’s mother (Laura Linney) who reiterates the flaws in Susan’s character. This interaction between mother and daughter banishes any ambiguity we had and uses exposition to force feed the audience information that was fairly obvious in the first place. This scene is just one of many where the screenplay feels exposed and too willing to portray information to the audience.

If you don’t feel Hitchcock’s visual presence within the film, you certainly will with Abel Korzeniowski’s musical score. The composer who collaborated with Ford on his first cinematic effort returns with an unnerving, constant score that really echoes its thriller predecessors such as the infamous shrill sounds we associate with Psycho (1960). The ever-present music really compliments the story’s narrative as it builds to points of tension that are reminiscent of the master of the art itself, Hitchcock.

The Verdict: This second effort from Ford is certainly an enjoyable rollercoaster of a film, with its sharp dressed characters (as expected from a fashion designer), its unsettling ambiguity – similar to David Lynch – and meticulously framed shots, thanks to cinematographer Seamus McGarvey. Yet in the end you are left feeling unfulfilled by the two dimensional characters and the general lack of ‘bite’ in the plotline. The synopsis of someone receiving a dark, twisted novel from an estranged partner that has been dedicated to them holds much promise, but this promise doesn’t amount to very much. Maybe Ford stayed true to Wright’s novel, I’m not sure, but I will be keeping an eye out for Ford’s next project which hopefully won’t be after another 7-year gap.