The Force Awakens: A Year On

Ah, Star Wars is great, isn’t it? A New Hope (sorry purists, THAT’S what I’m calling it), The Empire Strikes Back, Return of the Jedi – classic films, one and all. The prequels were a bit shit though, weren’t they? Because who wants original storylines, new characters and a massive expansion to the mythos and wider universe hinted at but never fully explored in the original trilogy when we can have more of the same – secret information hidden in droids, old-sage flawless role-models and the all-important ‘It’s another Death Star!’ 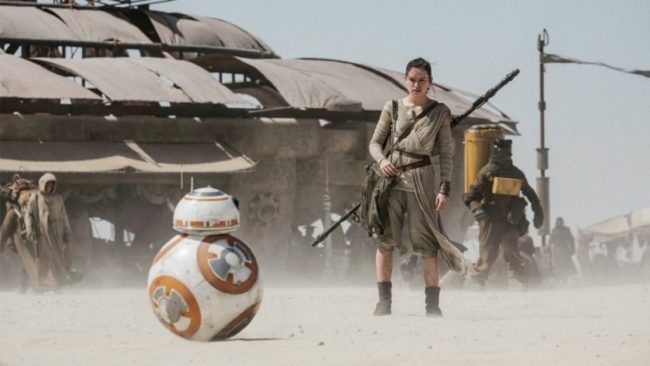 Don’t get me wrong, The Force Awakens is a great movie. Witty, fun, full of character and charm – every minute is entertaining, from start to finish. Hell, I don’t even mind that they recycled story elements from the original trilogy: Rey, Finn and Han (oops, I mean Poe) aren’t simple clones of Luke, Leia and – um… – well, our new protagonists aren’t as similar to the OT heroes as some of the naysayers suggest, though the same cannot be said about the First Order. There’s nothing original there.

But even the whole aesthetic of and approach to the Starkiller Base was different enough that it felt fresh, much more so than the tacked-on second Death Star in the truly anticlimactic Return of the Jedi. Maz Kanata isn’t Yoda, when Han falls off the bridge (oh come on, you’ve all seen it) there’s much more emotional impact – especially to long-term fans – than there was from the faux-death of Obi Wan in A New Hope, and the pacing and tone is so different from the OT that sometimes watching The Force Awakens feels more like a Marvel than a Star Wars movie.

So what’s the issue?

Well, that The Force Awakens undoes everything of consequence that happened in the Original Trilogy. Yes, you can complain all you want about how you can’t stop seeing Darth Vader as a whiny kid, that you can’t hear Obi Wan tell Luke about the Force without the image of Liam Neeson talking to Jake Lloyd about midichlorians being stuck in your head, about how much less cool it is to like Boba Fett now – but at least pre-The Force Awakens you could root for your favourite characters knowing that, in the end, the Empire would be defeated, the Force would be put back into balance and Han and Leia would end up together.

Now we know that the First Order are going to wipe out the new Council only a couple of decades after it’s founded, that Han and Leia split, that Luke buggers off (looks like the Jedi haven’t actually returned after all), all of the struggles in the Original Trilogy are invalidated, from the most seemingly insignificant death of a throwaway Rebel to the entire conflict between Luke and his father. In short, the Empire might as well have won.

I wouldn’t have had so much of an issue if The Force Awakens was Episode VIII rather than VII, if the first sequel actually showed us the rise of the First Order and gave us more information about Kylo and the Knights of Ren – essentially, if it told an original story which might actually have made TFA less offensive.

I say ‘offensive’ because not only does Episode VII invalidate IV, V and VI, it even invalidates a movie which hasn’t come out yet. Rogue One will tell the story about how the Death Star plans get stolen (yes, another movie about a Death Star, meaning that for every Star Wars not about a Death Star there’s another which features one as a main story element), already just a cash-grab – does it matter, really, how the plans were stolen? It’s probable that the Rebels die in the movie, but at least without The Force Awakens their struggle would have meant something – i.e. the collapse of the Empire, but does Disney seriously expect us to have any emotional investment in a film in which we know that all the sacrifices the characters make will essentially be for nothing?

The Force Awakens was a great way to revitalise the franchise, but Disney needs to give us something more. You can’t baby an audience forever, tricking them into thinking they’re watching new films when really you’re just giving them glorified reboots. Much like the Force, the critics have woken up – and if the Sequel Trilogy doesn’t want to go the way of the Prequels, then the original stories need to return, too.

Media Courtesy of  The Independent