Chelsea are stoppable, and Liverpool have the power to do it 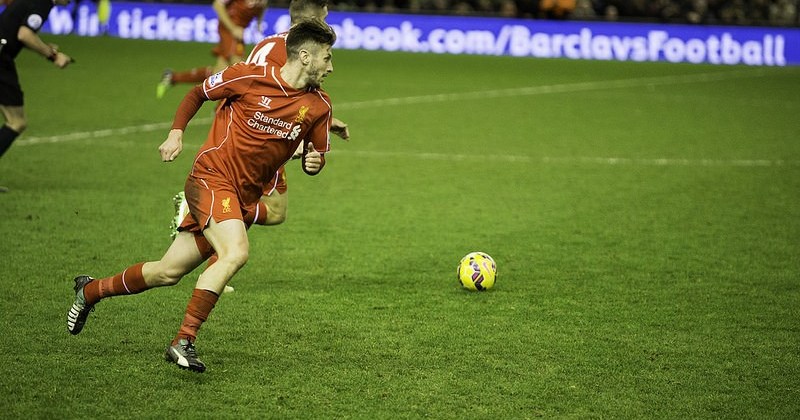 There is no point in denying it: Chelsea, notwithstanding their loss to Tottenham, are in imperious form. 13 wins in a row in any league is pretty good; in the Premier League, it is phenomenal.

For Chelsea to beat both Manchester United and Manchester City so resoundingly in that time speaks for itself too. They are playing fantastically well.

However, to say that Chelsea are unstoppable and will walk to the Premier League title, as many at the BBC have already done, is a bit of a misnomer and certainly a little premature.

Their 2-0 defeat away to Spurs, which halted the Blues’ ruthless winning streak, demonstrated how Chelsea are certainly beatable, as long as the opposition can exploit space on the counter-attack, and convert the goal-scoring opportunities that will always be a premium against Conte’s team.

Yes, their side is well-balanced at the present moment. Antonio Conte’s system of playing three centre-backs and two wing-backs, protected by N’Golo Kante, probably the closest player to Claude Makelele I have seen thus far, is working very well.

Who gets your vote in our December Goal of the Month competition?

That is not to say it is impenetrable. West Brom, in their visit to Stamford Bridge early in December, restricted Chelsea to just two shots on target, and had chances of their own through Salomon Rondon and Chris Brunt.

Only Gareth McAuley’s mistake to allow Diego Costa in separated the teams; had that remained 0-0, the gap to Liverpool would be 4 points, the winning run would have ended sooner, and everyone would not be waxing so lyrically.

With regards to their system of wing-backs and 3-man back-line, in addition, I have always believed that such a system has its flaws, even one as effective as Chelsea’s.

“Chelsea’s centre-backs can be vulnerable; David Luiz and Gary Cahill may be playing well, but, in my opinion, that are prone to a mistake or two, and due one.”

Marcos Alonso has done well since joining from Fiorentina, and Victor Moses is essentially a new player playing a right wing-back, but the fact remains that both are not the best defensive players I have seen.

Against a team with a strong, probing attack, with pace and flair to utilise the spaces that will undoubtedly be left in behind, and I think Chelsea will face some problems.

As was shown earlier in the season, in this instance, Chelsea’s centre-backs can be vulnerable; David Luiz and Gary Cahill may be playing well, but, in my opinion, that are prone to a mistake or two, and due one.

A free-scoring, free-flowing Liverpool team, with Adam Lallana, Phillipe Coutinho back from injury, Sadio Mane, Divock Origi, and Roberto Firmino, will cause anyone problems, having scored the most goals in the league at this stage. Liverpool also beat Chelsea 2-1 at Stamford Bridge last season, albeit before Conte moved to three at the back.

An evening game at Anfield in a crunch title encounter is a tantalising prospect, and one Liverpool will see as a primary opportunity to close the gap on Chelsea. Liverpool face Manchester United and Chelsea before January is out.

Clearly, January will have a huge bearing on where the title may end up, not discounting Arsenal and Manchester City in their pursuits of the crown. However, considering the pressures of European football in the New Year, I would not be surprised if Liverpool and Chelsea do end up in a two-horse race for the title.

Liverpool have well-documented issues at the back of their own, with neither Simon Mignolet or Loris Karius filling anyone with any particular confidence, and their back four not the stoutest of defensive line-ups.

“An evening game at Anfield in a crunch title encounter is a tantalising prospect, and one Liverpool will see as a primary opportunity to close the gap on Chelsea.”

However, with Joel Matip to come back from injury, Dejan Lovren looking very strong beside him, and Nathaniel Clyne and James Milner two of the more consistent full-backs Liverpool have had recently, there is enough to work with.

Liverpool have managed five clean sheets in their last nine Premier League games, and are unbeaten at home all season. For all of their supposed defensive frailties, they have only conceded one more than City and Arsenal.

For Liverpool, beating City at Anfield on New Year’s Eve was very important, in maintaining momentum against the biggest teams, and in sending out further message of their intentions for this season.

Signing a goalkeeper in January would also be a sound investment, with the likes of Kaspar Schmiechel and Joe Hart being sounded out as potential signings. Both would be welcomed with open arms by most Liverpool fans.

Simon Mignolet is a great shot-stopper, but both Hart and Schmiechel are much more proficient in terms of commanding their area. Confidence in one’s keeper goes a long way to helping a defence gain stability. Just ask Man City and Claudio Bravo.

“Being underdogs has suited Liverpool very well, with no-one giving them much of a chance in 2013/14”

Liverpool can beat Chelsea at Anfield, of that there is no doubt. Should Chelsea slip up before then, or even have a couple of injuries, it could destabilise a team riding the crest of the wave at the present moment.

For Robbie Savage to suggest that we should just give them the trophy now is painfully naïve; only 50% of leaders at Christmas have gone on to lift the title in May.

For now, Liverpool can enjoy being the underdogs; in recent memory, being underdogs has suited Liverpool very well, with no-one giving them much of a chance in 2013/14, even when top at Christmas, and they should have won the title.

Liverpool notoriously hit their groove after Christmas, additionally; if that happens this year, Chelsea may find themselves looking over their shoulder a little bit more than the BBC would make out, and give some added spice to an already captivating Premier League season.

Book Of The Month: January