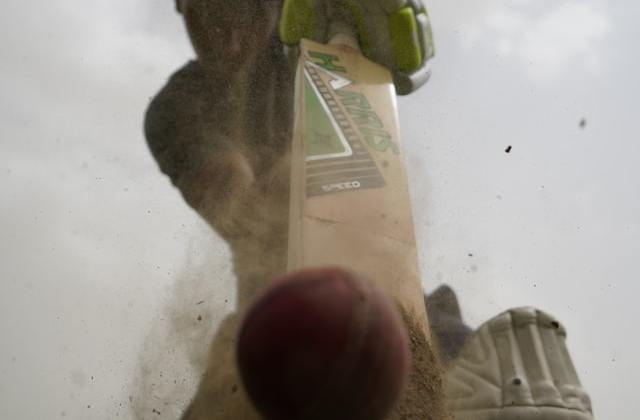 As England prepare to face one of their most intense schedules in a calendar year, here’s a look at some of the key moments to look out for in 2017.

The past few decades have seen the volume of cricket played in a calendar year increase dramatically to the extent that if you wanted to watch cricket every day, you practically could.

2017 is no different and it is a huge year for English cricket with an action-packed summer that finishes in Southampton on the 29th September. Here we look at some of the international fixtures to look out for this calendar year.

After coming second in the Champions Trophy last time around, England are looking to go one better in this year’s tournament. The home side will take courage from a tightly fought series against reigning champions India in their own backyard, and will be looking to continue their recent resurgence and success in the shorter format of the game.

After only one loss in 50-over cricket in the summer of 2016, in which England fought their way to record-breaking totals, the hosts will be hoping to take that success forward against some tough opponents in the group stage of the tournament.

Alongside Bangladesh who England recently beat 2-0, the hosts will face two formidable sides in the form of Australia and New Zealand, the finalists of the 50-over World Cup in 2016.

Whilst there can be no assurances in a world tournament, England will be heading into the competition well-prepared after a series of One-Day Internationals against India, West Indies and South Africa with, what has proven to be, an exceptionally strong and talented side.

If the hosts are able to lift the trophy at The Oval on the Sunday 18th June it would be the perfect way to show how much this young side has to offer and reaffirm claims that they are one of, if not the, most successful England limited overs sides in the country’s history.

England’s first game will take place at The Oval on the 1st June against Bangladesh.

South Africa will be England’s first touring team this summer and should be the most challenging of the two opponents. Coming off the back of some exceptional form both at home against Sri Lanka and away in Australia, South Africa will be looking to carry their high standards through to their England tour.

Due to the Champions Trophy the tour will be split in half, with the One-Day series taking place before the tournament and the Twenty20 and Test series after it.

The One-Day series will be of particular interest, these being the final games for both sides before the much anticipated Champions Trophy begins. Both teams will be looking to claim the series and carry the advantage through to the tournament in June.

It will also give the two sides a chance to test out and finalise their teams, getting themselves into a rhythm before the group stages. In terms of the Test series, it will be interesting to see how Keaton Jennings and Haseeb Hameed perform on home soil, and as to whether England’s bowlers will be able to tame the consistently high-performing Hashim Amla.

As well as England’s new batting talents, it will be exciting to see how the young bowler Kagiso Rabada performs having had a highly successful start to his international career.

The West Indies have been suffering a poor run of form over the past few months and will be looking to improve drastically when they face England this summer.

The touring side have the fortune of having faced their rivals on home soil in March and April, however their confidence will be knocked after their recent loss to India at home, losing the 4 Test series 2-0 and scraping the Twenty20 International Series by 1 run.

In the limited form of the game England will have to watch out for newbie Evin Lewis who after playing only 10 international games, has scored hundreds in both ODI and Twenty20 cricket.

Though the West Indies have been suffering from a poor run of form they have a history of being able to perform in global tournaments and, if they do, will enter the series against England much higher in confidence.

England, on the other hand, will be looking to put to bed their World Cup demons and be on the winning side if they face their rivals in the Champions Trophy and when they face them in the following tour.

In the final fixtures of the year, England will be heading down-under in hopes of defending the urn in the 70th Ashes series. England will be hoping for a re-run of their 2010-11 tour down-under where they experienced their first victory on Australian soil for 24 years.

However, after a torrid 2014-5 series in which their rivals completed a white-wash, condemning England to a humiliating 5-0 defeat, England will be heading to Australia with even more determination and a point to prove.

Being underdogs at home in 2015 England managed to transform their fortunes to lift the urn (including THAT moment from Stuart Broad and a series of batting collapses from the Australians that warmed the hearts of their English rivals).

England fans will be hoping that the a summer will prove fruitful in providing a more settled Test squad, so England can head to Australia fully prepared and without too much of a headache in terms of selection.

Whilst it is too early to say who will be entering the 70th Ashes series as favourites, there is no doubt that the series will contain as much fire and passion as every other instalment of one of the greatest cricketing rivalries in the history of the game.

Featured image courtesy of Yogendra Singh via Unsplash. No changes were made to this image.

The impact of opening lines