Was ‘The Final Problem’ the end for Sherlock?

Well, that was truly something. After a shaky start to this long-anticipated series of Sherlock and a far better second episode almost ruined by a final five minutes which seemed to unnecessarily complicate the plot, and a trailer for the third episode which seemed equally brash and ridiculous (yes, that Mycroft quote about having demons underneath our roads does sound just as tacked on in the episode itself, too), expectations for ‘The Final Problem’ was low, to say the least.

They didn’t need to be.

Despite its failure to pull off a 007-styled episode in ‘The Six Thatchers’, Sherlock continues its flirtation with different styles of cinema here, this time adopting a blend of Saw and any run-of-the-mill low-budget horror movie. (I use ‘cinema’ self-consciously here; throughout, Series Four has felt more like a film trilogy than a series of a show and this feeling is only reinforced by its climactic Final Act).

And if this sounds horrible – and it should – fans will be pleased to know that concepts which would have felt lacklustre and by-the-book as part of almost any other franchise are handled expertly here, and the stakes genuinely do feel really high this time around. Lately, Sherlock has fallen into the realm of predictability; throughout the majority of ‘The Final Problem’, viewers are left gripping the edge of their seat, hiding their eyes behind their hands and praying for their favourite characters’ safety. 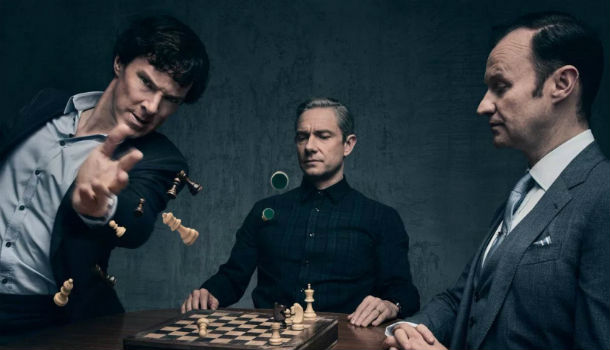 But if the prospect of Sherlock-come-thriller worries you, you’re in safe hands: the episode is effortlessly captivating from the get-go, and after a shaky start to Series Four, it truly feels like Sherlock has its own magic back.

Make no mistake, this is no ‘old’ Sherlock, however. The most notable change is the new dynamic between John and the titular sleuth: gone are the Johnlock days of old; here, we see two war-worn brothers-in-arms putting aside all sorts of personal petty (and not-so-petty) differences, working together for the greater good.

The show’s creators, Gatiss and Moffat, stated in a recent interview that during this series they wanted to show the more fun BBC iterations of Doyle’s characters become the more serious and composed versions of Sherlock and John, more familiar to followers of older cinematic adaptations, and after the truly dark events of this series, these new facets of our protagonists’ personalities feel very believable indeed.

It isn’t all doom and gloom, however, though this episode is markedly devoid of any ‘fun’ segments that even the darkest of old episodes are incorporated as comic relief. Happily, there is plenty of action to give us eye candy, and what could have been cheesy, overblown theatrical stunts – cue Sherlock and John jumping from the windows of a burning 221b, for instance – are handled well due to the high stakes of the episode.

If ‘The Six Thatchers’ and ‘The Lying Detective’ were close to self-parody, ‘The Final Problem’ makes the new action-packed Sherlock its own here, finally achieving what the previous two episodes failed to do: ‘The Final Problem’ really has redefined the series.

Not that there might be anything left to define. Though the show’s creators said in the same interview that everyone is keen on keeping up the show, they left the ending of ‘The Final Problem’ open-ended just in case they decide to call it a day.

But this doesn’t mean there won’t be a Series 5 (Moffat and Gatiss even toyed with having the words ‘The Beginning’ flash up on screen just before the end credits), and the lack of a cliffhanger gives the show room to breathe, rather than confining Series 5 into following a certain pre-set up story, which stifled the first episode of not only Series 4 but Series 3 before it.

That the Moriarty cliffhanger at the end of S03 E03 was solved only at the last episode of the series betrays the fact that it was introduced simply to keep fans invested in the show during its inevitable hiatus; however, these unanswered questions looming over ‘The Six Thatchers’ and ‘The Lying Detective’ were part of the reason these two previous episodes were not altogether enjoyable. 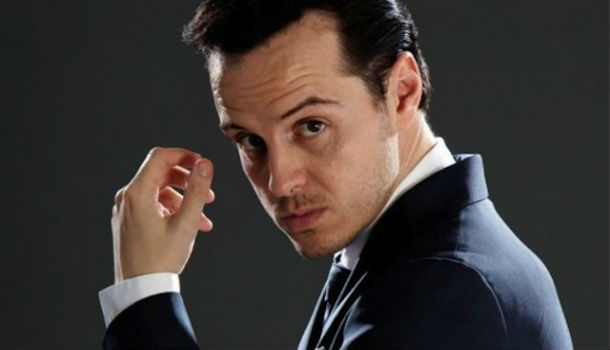 Happily, all the questions fans started asking years ago are finally answered, and unobtrusively, too; and though Moriarty’s ‘return’ is rather anticlimactic, this hardly matters given that Eros is the most captivating foe in the show to date. Pure brain, as well as the antithesis of everything Sherlock, Mycroft, John and Mary stand for, Eurus is captivating enough, even without the family drama.

But boy, is there family drama. The Redbeard reveal adds so much to Sherlock’s character going right back to the series’ debut that the existence of Series 4 is justified by this aspect of this episode alone, fleshing out not only Sherlock himself but his relationship with John and every action he makes throughout the series.

I recognise that this review has defined this episode largely in terms of what it isn’t than what it is, but there are very few words that can do ‘The Final Problem’ justice. Thrilling all the way through, uncorking a waterfall of emotions, Sherlock has proven that it hasn’t lost its magic touch, after all.

If this truly is the end of Sherlock – and after this I really hope it isn’t – it will go out on a massive bang. The cinematic, George Lucas ‘poetry’-style parallels to the show’s first episode, ‘A Study in Pink’, as well as Mary’s (forgivably cheesy) monologue at the end give viewers a sense of closure, but after watching what could quite easily be the best Sherlock episode yet, I’m not sure any long-term fans will want closure anytime soon.

BREAKING: Alexandra Shulman steps down as Editor of Vogue

If nature was built by machines