Witness for the Prosecution: Gripping or Gruesome?

After the success of last year’s adaptation of And Then There Were None, this time the BBC has taken on another of Agatha Christie’s impressive murder mysteries, and created a stunning television two-parter. Beware spoilers.

The story follows the trial of Leonard Vole (Billy Howle) for the murder of Emily French (Kim Cattrall), through the eyes of defence lawyer John Mayhew (Toby Jones), who is certain of his client’s innocence. Much of the case rests on Vole’s lover, Romaine (Andrea Riseborough), who is his alibi for the time of the murder. But nothing and no one is as they seem, and things take several twists and turns, as lies fly from every corner, and the moving finger points at a number of potential killers. 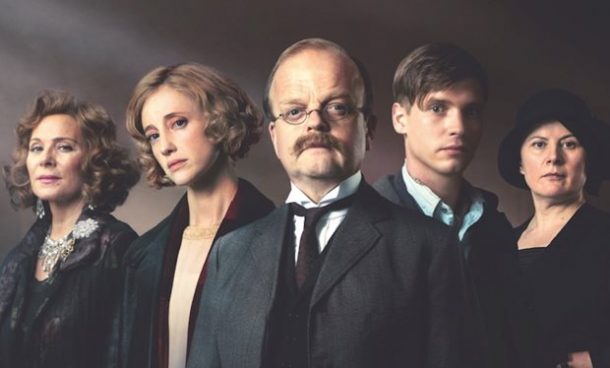 For those who may have read the original short story or seen the play, it’s not the same. There are more characters, more complexity, additional plotlines, and depending on which version you’ve experienced before, a completely different ending. But it is still in Christie’s style, and expertly crafted.

It’s one that requires you to maintain your focus. You can’t be on your phone while watching The Witness for the Prosecution, and you won’t want to be. The intricacies of the plot mean that you find yourself picking at every detail, trying to uncover the truth, but never getting anywhere. That’s true for many of Agatha Christie’s stories, but its adaptation to the small screen has been fleshed out massively from the short story, and the changes have been brilliantly executed.

The aesthetic is murky – it’s all green and blurry, filled with fog and smoke and dark corners, like the poison gas that killed Mayhew’s son and injured him during the war. It is only in the courtroom that there is clarity. And in the last section of the second episode, when the truth is finally revealed. The daylight and brightness is jarring against the horror of what Mayhew uncovers, and the secrets about himself that are revealed to the viewer. It is very clever and excellently pulled off, adding an extra element to the complexity of Christie’s plot. 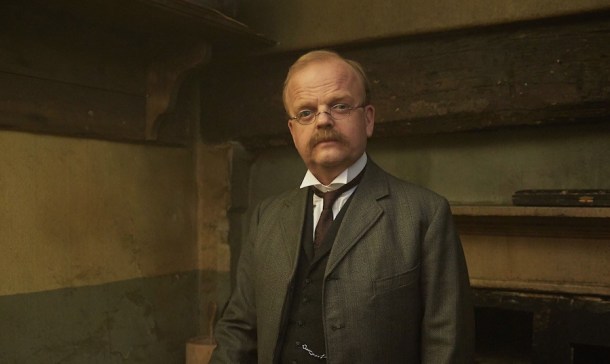 One unusual element of this story that is uncommon in Agatha Christie adaptations is that the central character, from whose point of view the audience experiences the entire story, is not particularly likeable. For those used to the endearing friendship of Poirot and Captain Hastings, or the wit and eccentricities of Miss Marple, this is a disconcerting change, and may alienate some viewers. But it works well within the show – Mayhew is not an appealing character, but this is a dark story; he is a lawyer who cares about the right person being punished, but appears to have an odd sense of morality – and speaks to the idea that no one is as they seem.

Speaking of that morality, John Mayhew has a very strained relationship with his wife, Alice (Hayley Carmichael), and it makes for some seriously awkward scenes. In particular are the questionable sex scenes: questionable not for John coughing up his lungs in his wife’s face, but for her apparent lack of consent. Although marital rape was not illegal in the 1920s, when The Witness for the Prosecution is set, it is clear that this is what is happening; Alice keeps giving excuses to try to make him stop, and is obviously not enjoying the experience. These parts of the story are incredibly uncomfortable for the viewer, and though they do well to show Mayhew’s skewed morality, there are other ways to do this, including, at the very least, having this scene occur off-screen. What with the recent discussions of the over-prevalence of rape in mainstream media, this seems pertinent.

As always with the Queen of Crime, the story keeps you guessing right until the very end. It’s always the person you least expect, even when you suspect the person you think you’re meant to least expect. The complexities, secrets, tiny details, and lies are what it is all about, and like all of Agatha Christie’s whodunits, you never quite know the truth until the big reveal.

Verdict: It’s not feel-good or festive, but if you need some thriller and mystery in your life, check out The Witness for the Prosecution. You won’t know which way to turn, and the answers are always either hidden in plain sight or dangled just out of reach. Agatha Christie’s talent for storytelling has been translated and embellished beautifully, and is definitely one to watch. I would recommend watching both episodes back-to-back.

Arts Investigates: The Death of the Novel