EP Review: Maggie Rodgers – Now That The Light Is Fading 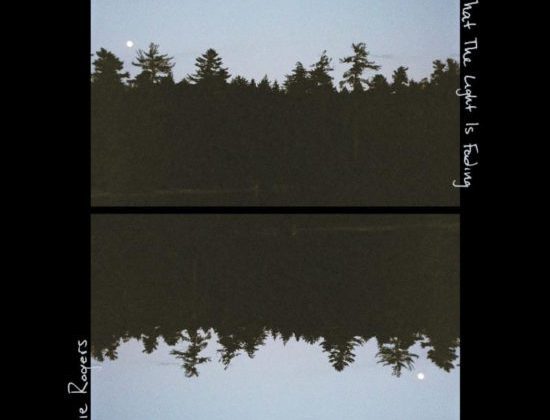 Maggie Rogers’ long awaited debut EP surfaced on the 16th of February. Titled Now That The Light Is Fading, the five-track EP collates her three singles and slots a new track to top and tail the disc.

I’ve been waiting on the release for a while since ‘Alaska’ took off into the mainstream, the music world has been optimistic about Maggie. What has been obvious is that she is an exceptional vocalist who experiments with harmonies against a variety of background noise. On ‘Alaska’, influence is taken from world music and ambience, whereas ‘Dog Years’ is a combination of harmony, synth and ballad. ‘On + Off’ is more upbeat and obviously rooted around dance whilst sustaining her tantalising vocal style.

Rogers has evidently put a lot of thought into the construction of the EP, not only by slotting the new tracks at the beginning and end of the EP but also by giving us a sort of tension graph throughout the EP. It is one of those best listened to in the order it’s given, and I will always respect somebody with an eye, or care, for where their tracks are placed on a disc.

“It hypnotises you into swaying and listening with a sense of love and sadness.”

The first track, a new release called ‘Color Song’ is sparse in texture; it really showcases Rogers’ beautiful combination of vocals. Folk is an obvious influence in the track, and the birds chirping behind a gorgeous few layers of ooo-ing could be a nod to Laura Marling’s first album, but it simply works.

There’s no other instrumentation in the track, just birds and a few layers of vocals. The really capturing element is the melody of the vocals, and it is incredibly rooted in old Irish folk (think Grace singing in Peaky Blinders if you’ve seen it), hypnotising you into swaying and listening with a sense of love and sadness. It’s mesmerising and although perhaps not the most repayable song in the world, it’s amongst my favourite tracks of 2017 so far.

‘Alaska’ follows up and neatly blows away any melancholy, leaving us with a relaxed and uplifted feeling; this hits the climax in ‘On + Off’, the most upbeat track, which would seem a million miles away if it wasn’t for Rogers’ ability to direct tracks with her voice.

Eventually, we get to ‘Better’ which introduces itself with delicate animal noises hushed under a mellow drum track and vibrant piano. The track is quite easy listening generally and builds into a repetitive but catchy chorus.

Overall there’s a lot of scope to the album, it’s clear Rogers has made the conscious decision to release just these tracks and to make them as perfect as can be. She also seems to know her absolute strength and has nodded to a variety of influences in her tracks. Whether the EP will take off in the same way her singles have, or stand the test of time, I’m not sure; but what I do know is these are five great and exciting tracks. Also, there’s definitely more than meets the eye with this talented songwriter; we ought to keep ourselves tuned into her future work.

Paul Nuttall, the Man in the Wrong Place at the Wrong Time