Over two decades after the release of Danny Boyle’s seminal cult classic Trainspotting, all our favourite anti-heroes are back with new outlooks on life, ready to face new challenges and even bigger heists. But it isn’t the 90s anymore, and with the drugs (largely) thrown out of the window, can T2 match the shock – and success – of the original? 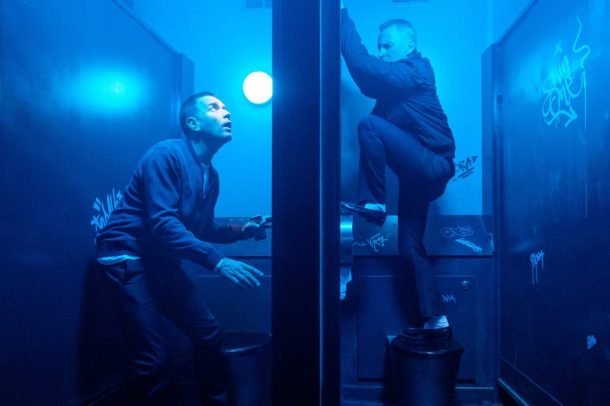 Well, T2 is a very different beast from its predecessor. Gone are the scathing social critiques which seemed to cast an entire area of the country into a class of its own – after all, not just the characters but society itself has grown up, with hard drugs no longer being the go-to remedy of the underclasses as the 90s would have us believe.

Beneath the surface story (Renton decides to help his mate Sick Boy set up a brothel and help Spud get back on his feet), Trainspotting 2 deals largely with issues more complex than hard-drug addiction – namely, that of human relationships, and how the bonds we form in the toughest times of our lives can transcend twenty-years of resentment.

Unfortunately, this does mean that contemporary issues are not so much explored as glossed over, and sometimes in ways which are tacked-on, at that: the variation of the ‘Choose Life’ speech which solidified Trainspotting forever as a cult classic is fun at first but grinds on a bit un-naturalistically and ends up being one of the most distracting moments of the film.

However, to fault the film for its lack of social criticism – T2 was never going to be about how the internet has replaced drug addiction in the 21st century, but about how the characters deal with that fundamental fear of humanity – ageing.

Littered with Easter Eggs throughout, Trainspotting 2 is not just a love letter to the original but to nostalgia itself, a haunting tribute to the past and how even some of the worst moments of our lives can, in retrospect, be some of our best.

Perhaps the film’s takeaway message is “You’re a tourist in your own past”, a line spoken by Sick Boy shattering the illusion of what would otherwise have been, to fans of the original, one of the most moving moments of the movie – and while this line can be applied to much of the film’s audience as well as the characters themselves, this does not diminish the quality of the journey.

While the most emotional scenes of the original Trainspotting are direct consequences of class-A taking, Danny Boyle, reprising his role as director, places more emphasis here on the characters themselves. When Trainspotting hit, it hit hard, but 20 years down the line there seem to be many check-your-phone moments; meanwhile, T2 is riddled with tension throughout.

Not that there are no shocking moments or great camera tricks, though – this is a Danny Boyle movie, after all. That scene with Spud is as gut-wrenching as anything in Trainspotting, and the final act is amongst the tensest of anything you’re likely to see in modern cinema. Cinematography does not take centre stage anymore but rather serves to complement the story, and while all of the not-so-discreet visual and audial cues provide many great Easter Eggs for fans of the original, the story can be enjoyed – and enjoyed very thoroughly, at that – with no prior knowledge of Trainspotting. 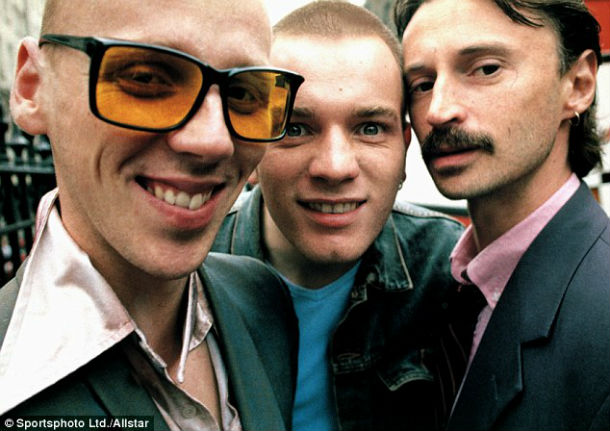 And while the soundtrack, as functional as it may be, does not at all compete with that of the original, the film more than makes up for this with its outrageous humour. Trainspotting could crack a joke or two but T2 is littered with some genuine laugh-out-loud moments which sent the whole cinema belting.

Much like the original, Trainspotting 2 truly is a rollercoaster of emotion – part drama, part comedy, this is contemporary cinema at its finest. It is easy for ‘serious’ films to abandon humour altogether other than for comic belief, but Boyle once again shows that he understands the primary purpose of film is to entertain.

In a world heavily saturated with ‘safe’ films and remakequals, it’s refreshing to see a sequel whose quality not only stands aside (if not exceeds) that of the original, but also cleverly works in a couple of points retroactively to enhance the experience of watching the original in itself. Marvel has proven to us that often it’s not even worth waiting 2 months for a movie; Trainspotting 2 shows that when time, effort and heart goes into a film, sometimes, just sometimes, a 21-year wait is much more than worth it.

Oh yeah, and the acting’s fantastic.