LGBT On The Small Screen

As we approach the end of LGBT History Month, here at Impact Film & TV we’ve taken a moment to discuss some of our favourite LGBT characters to ever be on the small screen, and what makes them so special. 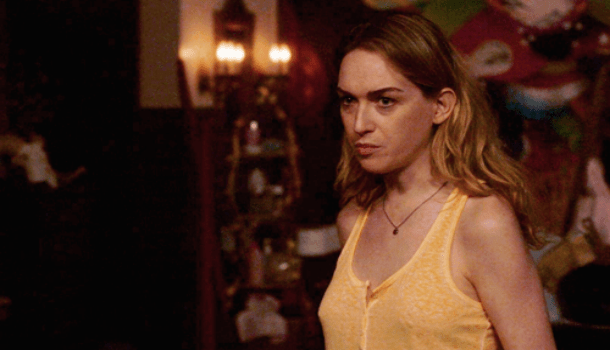 sense8 is an amazing TV series for LGBTQ+ representation, showing a number of complex characters with different identities and varied relationship dynamics. This makes choosing just one favourite from the community very hard.

My choice, however, has to be Nomi Marks. In her, we have an out-and-proud transgender lesbian in the best of healthy relationships with her girlfriend Amanita Caplan, who both fight for her identity and for what they know is right.

Nomi is intelligent, resourceful, and willing to do whatever it takes to get justice. Even though her biological family refuses to accept who she is, through the many positive relationships she has throughout the series, including with the other sensates, Nomi has found herself a true family.

What’s great about Nomi in terms of representation is the true depth of her character. She’s well-rounded and real, and the way in which her lesbian and trans identity are dealt with is realistic yet positive. In season one, we see the abusive refusal of her mother to accept her identity, but also the loving acceptance of her girlfriend, the sensates, other people around her, and even Amanita’s mother.

This grounded perspective means Nomi’s experience rings true, most likely because of how her character was created – not only is Jamie Clayton, the actress who plays Nomi, transgender but so are both the Wachowskis, the show’s creators.

If you haven’t seen it, I highly recommend Netflix’s sense8 for its incredible diversity and sci-fi/fantasy concept. In terms of LGBTQ+ representation, this show is a brilliant example of how characters should be portrayed in media – as real people, with their gender and sexuality as just a part of their complex personalities and experiences. Nomi Marks is a perfect example of this and is one of my (many) favourite characters in the series. 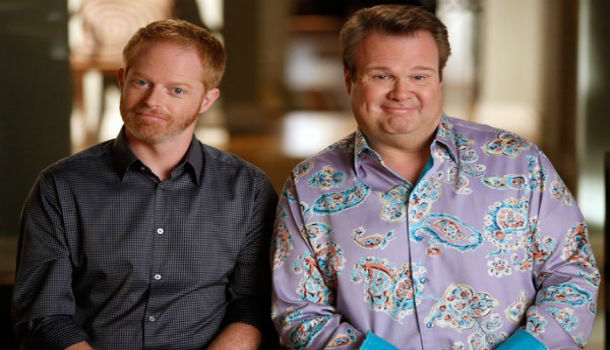 Whilst many LGBTQ+ on-screen representations focus on the more dramatic elements of growing up, it’s a refreshing change to see an exploration into the lives of two adults, navigating life, family, jobs and parenting set to the backdrop of a classic sit-com set up.

Oh, and they just happen to be gay. Mitchell Pritchett and Cameron Tucker are just one part of the fun-filled comedy that is Modern Family, yet provide the modern element that the show proudly displays in its title.

With a beautiful home situated in suburban Los Angeles, where they raise their adopted Vietnamese daughter Lily, Mitchell and Cam are two very self-reflexive characters who often make quips about their stereotypical, middle-class, gay image. That is what is so unique about the way these characters are portrayed.

Instead of shying away from certain assumptions many people make about gay couples, the show embraces these characteristics in a comedic manner, highlighting the fact that there’s nothing wrong with a gay man enjoying show tunes, fancy dress parties or extravagant interior design. After all, some stereotypes are simply true.

Yet, although Mitchell and Cam do take on the role of the typical gay white couple living in California, their individual personalities are still allowed to shine through and often demand the attention that some viewers may focus purely on their sexuality. Mitchell is a highly strung lawyer, often enforcing the rules and keeping the whole family in line. In contrast, Cam is more passionate and takes pride in coaching the football team and appearing as his clown alter-ego, Fizbo.

The combination of their own unique traits and their stereotypical characteristics really make them stand out as a modern day representation of a gay couple that is unapologetically real, and that is why the audience loves them. 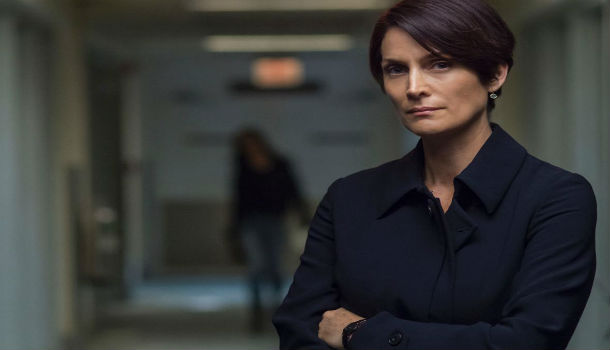 Jessica Jones’ Jeri Hogarth is that rare breed of modern LGBT character that is not a walking caricature. Unlike the early days of queer representation, where the choices were either being a camp villain or a helpless victim, Carrie-Ann Moss’ Hogarth is a complex and multi-layered individual who feels believable. Inhabiting a world of super-powered beings who can survive gunshots and physically hold back an accelerating bus, this is truly refreshing.

Hogarth was written in the original Heroes for Hire comics as a gay man by the name of Jeryn Hogarth. A much nicer version than his on-screen counterpart, he became a staple of the Marvel comics scene. So when the Marvel Cinematic Universe announced the casting of Moss, there was a lot of concern that the gender-swap could also lead to the character being turned straight (as there was no initial indication that Hogarth’s husband would be swapped for a wife). Instead, we got the MCU’s first ever lesbian character and easily one of its strongest supporting players.

As a leading legal mind in the morally grey New York of the MCU, Hogarth is as scheming as they come. Her relationship with Jessica Jones is almost symbiotic and it is easy to paint her as a negative character. Yet, as the season progresses, her arc reveals a far more nuanced approach. She is still morally ambiguous, but it becomes easier to appreciate her motivations.

That she has a direct role to play in the central events of the show while balancing a genuinely interesting look at queer monogamy and betrayal makes her a fascinating character to watch. It was great to see her pop up as a brief cameo in the second season of Daredevil and her confirmed role in the upcoming Defenders series means we have a lot more to look forward to. 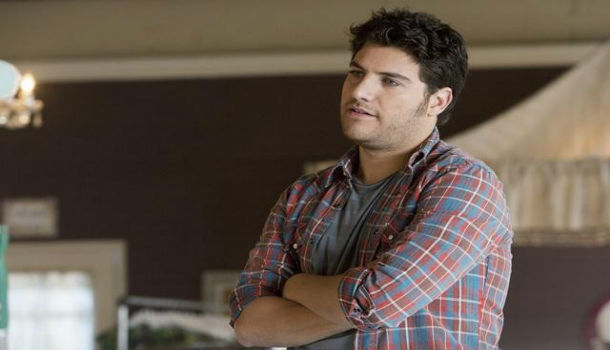 For whatever reason, mainstream film and television have for years stereotyped gay men into successful, good-looking, career-oriented yet always emotionally available people. If you take a moment it’s hard to think of any gay man depicted on screen that doesn’t at least posses one of these striking characteristics. Then there’s Max Blum.

He’s unemployed, lazy, out of shape and emotionally distant yet he constantly finds ways to captivate our heart, whether it’s paying his rent in pennies, blowing up his limo (and only source of income) for a prank, or even spending the winter as a bear, hibernating in his apartment without showering, shaving or eating anything other than honey.

Max is the answer to the concept of the ‘perfect gay man’, and proof that being gay doesn’t mean you need to live by any standards of immaculacy.

Regardless of his shortcomings, Max’s down-to-earth attitude made him incredibly relatable and extremely fun to watch as he bounced off the other members of Happy Endings, some of the most upbeat characters ever put on the small screen. Furthermore, his emotional inability was something many could relate to, and the reason why so many audience members gravitated towards his relationship with Grant in season 2 and were heartbroken when it ended due to incompatibilities of where they saw the relationship go.

That’s really what made Max the breakout character of Happy Endings, and what would have cemented him as one of the best gay characters in television had it not been for the show’s untimely ending. Everything he said, did, or went through was so relatable and had no semblance of working out in a classic sit-com fashion that we’ve grown tired of by now.

He was the gay men’s response to women rejecting perfection standards and embracing just being your own, flawed, lovable, every-day self.

Britain at the Fed Cup: how will Konta and Watson fare against Romania?