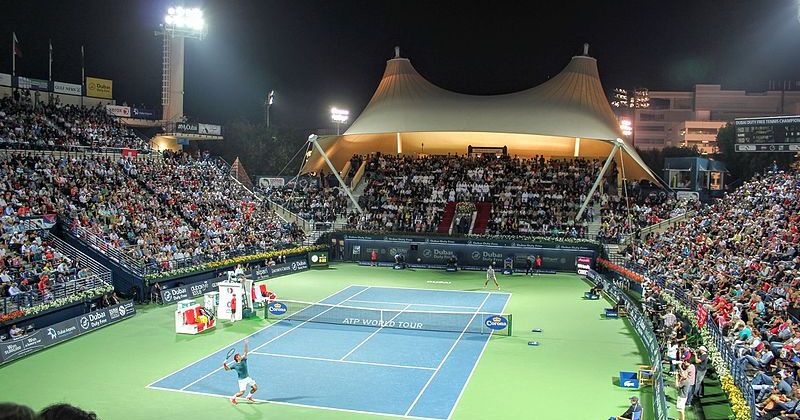 Another month of the ATP World Tour is coming to a close, and after a thrilling two months to kick-start 2017’s tennis calendar, we look at a roundup of the recent happenings across the men’s tour.

A few names immediately spring to mind. Notably, Roger Federer and Andy Murray. The former comes fresh off the back of a 5-set final match in the Australian Open against 6th seed Spaniard, Rafael Nadal. Yet another enthralling contest between the pair saw Federer clinch victory, along with his 18th overall grand slam title.

At 35 years of age, the Swiss is a true testament to constant top-level performance, during a time considered by many to be the twilight years of playing careers.

His commitment to the sport was masterfully demonstrated with this win, and is backed with his vow to continue playing his home town event, in Basel, until 2019. Excellent news then, following fans’ widespread fears of the player’s imminent retirement.

Two months into the new year, Andy Murray’s playing schedule has quietened down somewhat. Seeing in the new year with a thoroughly deserved knighthood, Sir Andy subsequently placed second in the Qatar Open – a tournament he has not played since 2014 – losing to no. 2 seed, Novak Djokovic.

Following a break after his Australian Open performance, the Brit took part in a rather more relaxed match of beach tennis with Federer, just ahead of the 25th edition of the Dubai ATP World Tour 500. Defending champion Stanislas Wawrinka, as well as Gael Monfils and Thomas Berdych are all set to join the party, in what should be a hotly contested tournament.

All eyes have been on Kyrgios, however, with the young Australian eager to defend his title. Fanning the flames of this title defence would undoubtedly be his desire to make up for a poor home showing in the Australian Open.

Losing both the second round and his temper, the player received a $7,000 fine for code violations during the match against Andreas Seppi. The Marseille tournament however looks set to provide a thrilling final whatever the outcome, with top talent to be found on either side of the draw.

Moving to the U.S, and the Delray Beach Open, no. 49 seed, Briton Kyle Edmund is set to come up against no. 4 seed, Milos Raonic. It should undoubtedly be an intriguing encounter for two players who have never met, and Edmund will be looking to pick up his form after recently playing in both the Australian Open and Brisbane International tournaments.

Among the other participants, Argentine Juan Martin del Potro is set to come up against towering American, Sam Querrey, in another big showdown. Some excellent tennis can be expected from the aforementioned matches, and the month of February has surely provided numerous highly entertaining moments for all.

With so much on offer across the tennis world, 2017 has already proven itself an action-packed year for the sport. Looking over the hill to the summer tour, with the likes of Roland Garros, Wimbledon and the U.S Open all still to come, fans and players alike can rest assured that this year will provide countless more moments of unforgettable tennis.